The Airports Commission, chaired by Sir Howard Davies, published its interim report on London Airport options in December 2013 shortlisting Gatwick Airport as a potential option for expansion. Gatwick currently operates on one take off and landing runway with two terminals linked by an overland transit shuttle, handling some 42 million passengers per year.

In a 1979 binding agreement with West Sussex County Council (the regional planning authority), the Airport is prevented from expanding by introducing a second runway until 2019. However, this does not prevent the airport from carrying out design and commencing the planning process to develop a second runway.

The 1979 agreement also established a safeguarded area that restricted development south of the airport leaving an option for future expansion post 2019. The Airport Commission will deliver its final report and recommendations to the government in 2015.

A new 3.4 km runway 585 m parallel and south of the existing runway.

Option 1 would allow one runway to be used for landings and the other for take offs. Passenger growth would be accommodated by expanding the existing north terminal southwards and creating a new remote pier to the west served by a shuttle. A new short term multi-story car park would be built for each of the north and south terminals.

This is the cheapest option requiring least land (an additional 388 hectares) and causes the least aircraft disturbance in terms of noise to the local population. However, operationally it delivers less capacity than the other options because of its closer proximity to the existing runway. The calculated maximum capacity of this option would increase passenger traffic by 24 million persons per annum. This would peak at 70 aircraft movements every hour, allowing 389,000 flight movement per annum.

Passenger growth under this option would be achieved by building a new third terminal between the two runways. The new terminal would be built near the rail link to the east end of the runways and have its own accesses from the M23 and A23. It would support three new multi-story short-term car parks and require an additional 573 hectares of land virtually wiping out the commercial buildings on Lowfield Heath.

Some land required for this option is outside the safeguarded area defined in the 1979 agreement. The shuttle would be extended, have more carriages and greater frequency to link all three terminals.

As well as being more expensive than option 1, option 2 has the effect of noise disturbance to the local population in an extra half mile band to the south. This option would raise noise levels over North Crawley, North Horsham and East Grinstead and puts the flight path right over Rusper village which is some 65 m above the runway level and only some 6 kms from take off and landing points at the west end of the new runway.

Under this option, one runway would be used for landings and the other for take offs. This option would increase passenger traffic by 40 million persons per annum and would peak at 85 aircraft movements per hour, allowing 483,000 flights per annum.

This option comprises much the same infrastructure as option 2 with the addition of an extra short-term multi-story car park, but operationally both runways would be used for takeoff and landings.

This would have the widest effect in relation to noise. Whereas during landings the planes tend to steer a narrow passage prior to touchdown, on take off they tend to turn for their destinations long before gaining height. So simultaneously using two runways a mile apart for takeoff would effect a larger catchment area over the course of a day than if only one was in use. However it should be noted that for 76% of the year the prevailing west winds ensure that landings and take offs are from east to west, into the wind.

Realistically it seems there are only two options – options 1 and 3. Option 3 offers the most efficient use of the two runways and it would likely only be a matter of time before capacity demand would force a switch to the most efficient use of the infrastructure. Operational policies can change at any time whatever is promised in the consultation stage. Option 3 is Gatwick’s preferred option.

Currently some 4,400 households around Gatwick airport experience intrusive noise contour levels above 54 dBLAeq 16 hr. Even if no further residences were to be built in the area, Option 3 would lift the figure to 17,300 households. However, it seem likely that economics will triumph over such issues.

Currently Gatwick contributes £2 billion per annum to the UK economy and provides over 20,000 jobs to the local economy. Option 3 would double these figures, and so whatever objections are raised in the local consultation process, they may be considered less important than the economic needs of aviation expansion serving the nation as a whole.

In October 2017, the public consultation on the planned third runway at Heathrow was reopened due to new evidence pointing to the expansion of Gatwick having the potential to bring greater economic benefit and cause less environmental damage.

The Department for Transport published a series of fresh reports into the impact of expanding Heathrow on noise pollution and air quality. They found that opting to expand Heathrow over a second runway option at Gatwick 'significantly increases the likelihood that Britain will miss its environmental targets'.

In addition, Heathrow was originally forecast to bring greater economic benefits - between £59.2 billion and £61.1 billion over a 60-year period. This looked to outweigh the £52.4 bn - £53.7 bn that was forecast for Gatwick.

The latest analysis forecasts a gain of up to £75.3 bn from Gatwick, compared to just £74.2 bn from Heathrow.

While the new analysis is likely to reinvigorate calls for a rethink of the plans, the Transport Secretary Chris Grayling insisted that reopening the public consultation did not diminish the case for Heathrow.

The consultation on the draft airports national policy statement (NPS), which sets out the government’s support for the Heathrow project, has now been reopened until 19 December 2017. It will seek to gauge public support for the plans in light of the new findings.

On 5 June 2017, Chris Grayling MP, Secretary of State for Transport made a statement to parliament setting out final proposals for an Airports National Policy Statement (NPS) signalling a commitment to the expansion of Heathrow Airport with the creation of a new north-west runway. For more information see: Heathrow Airport expansion.

Retrieved from "https://www.designingbuildings.co.uk/wiki/Gatwick_second_runway"
Create an article 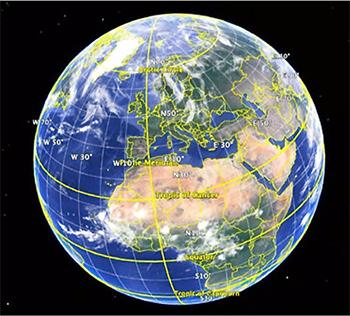