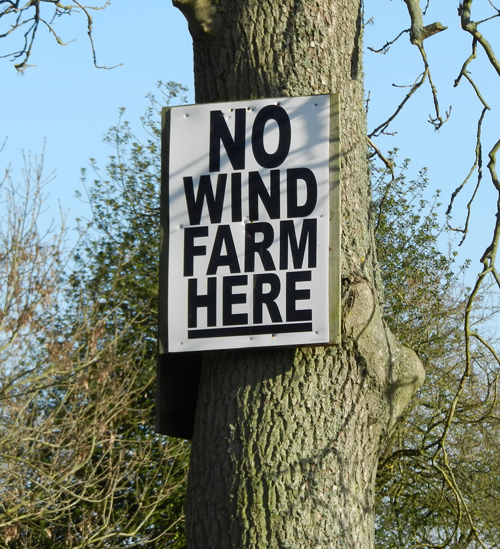 Nimbyism is a term referring to the propensity for people to have a 'Nimby' or 'Not In My Back Yard' attitude, where the 'yard' is an area of land that has been identified for building or development, or for the use of controversial technology. It can be used as a positive term for those who oppose development in their village or town or city, but is more commonly used in a derogatory way.

Nimbyism is an attitude often associated with small towns or rural areas which fail to identify acceptable locations for development to take place; simply hoping they will be in someone else's back yard instead.

The reason 'Nimby' is often used pejoratively is that it characterises residents who might agree that the development in question is needed in society, just that they object to its proximity to them and their homes, or that it might affect their lives in some way that they perceive to be negative.

A typical example of a project that can provoke a 'Nimby' response is an airport. Local residents may oppose airport development due to the noise, pollution and traffic that it will generate, although they (and the wider area) may stand to benefit from improved transport links, generation of new jobs, and so on. They are also likely to use, and benefit from the existence of airports themselves - but those airports are somewhere else.

Local powers such as neighbourhood planning and village green registration can be used by Nimby's to frustrate development.

The term 'Nimby' is the opposite to 'Yimby', meaning 'Yes-build In My Back Yard' for those who support the new build or development.

Retrieved from "https://www.designingbuildings.co.uk/wiki/Nimbyism"
Create an article