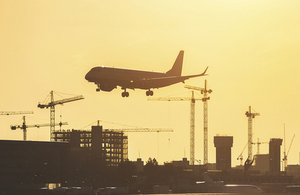 On 27 July 2016, the final planning green light was granted for a new £344 million expansion programme at London City Airport.

The three new ministers in their posts, Chancellor Philip Hammond, Transport Secretary Chris Grayling and Communities Secretary Sajid Javid, announced that the plans were a major boost to improve passenger’s journeys and support British jobs and investment, as well as increase connections within the UK and Europe.

The expansion will include an extended terminal, new aircraft taxiway and parking spaces for planes in one of the capital’s fastest growing airports.

An estimate of 1,600 airport jobs will be created by the scheme according to London City Airport, as well as 500 construction jobs. It is thought that the project could potentially contribute £1.5 billion to the UK economy by 2025.

The additional space will allow more planes to use the runway, and bigger, more modern planes to use the airport for the first time, making more flights at peak times available. A number of investments in transport links will also be made, including funding by London City Airport of the cost of additional DLR rolling stock (£2.6 million).

The planning decision was formally approved by the Transport Secretary Chris Grayling and the Secretary of State for Communities and Local Government Sajid Javid.

Local residents affected by the air traffic increase will be supported with ‘a generous compensation package’ from the airport.

“Making it easier to visit and do business in the City of London will help drive forward our economy and further strengthen the city’s status as the world’s leading financial centre.”

“These new plans for London City Airport will deliver jobs and business in the capital and more widely. Companies across the UK will be able to bid for construction and procurement contracts worth £294 million, meaning the benefits will be felt up and down the country.”

“This decision clearly indicates that Britain is open for business.”

Retrieved from "https://www.designingbuildings.co.uk/wiki/London_City_Airport_expansion"
Create an article