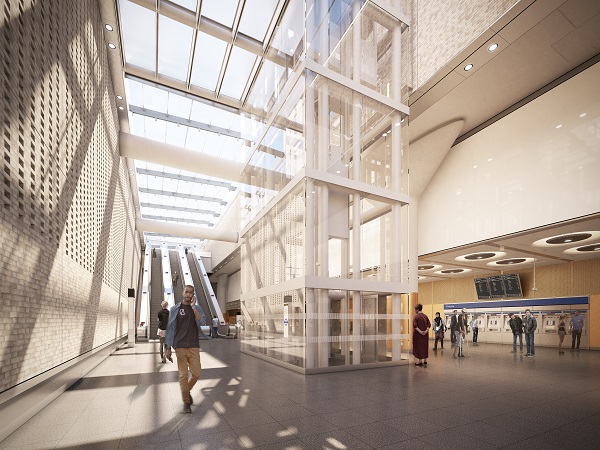 On 11 May 2016, Crossrail Limited revealed new images of the proposed stations in central and southeast London that will form part of Transport for London (TfL)’s new Elizabeth line from December 2018.

The images of the new stations provide a glimpse of the common features passengers will see at platform level, as well as the bespoke design of the ticket halls and surfacs which will reflect the character of their local areas. 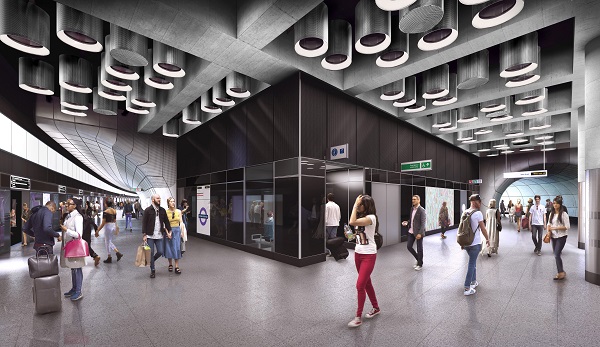 The new stations, all of which will be step-free from train to street, will open in 2018. They will be fully integrated with TfL’s existing transport network, transforming travel across London and offering passengers seamless journeys. 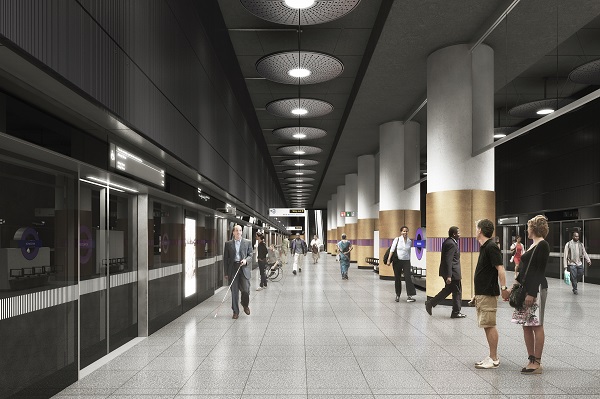 Each of the new stations will have its own, distinct character, conceived by different architects, each reflecting the environment and heritage of the local area. For example, the new Elizabeth line station at Paddington will echo the design legacy of Brunel’s existing terminus building, while the new Farringdon station will take inspiration from the historic local trades of blacksmiths and goldsmiths, as well as the distinctive architecture of the Barbican. 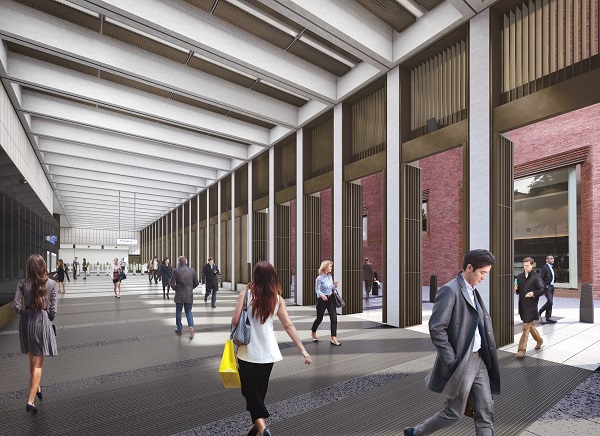 At platform level, common design components such as seating, signage and full-height platform screen doors will create a consistent and familiar feel to the rest of the TfL network. This common architecture will accentuate the curved, sweeping passageways created during the construction of the tunnels. The design approach aims for simplicity and clarity by reducing visual clutter as far as possible to provide clear lines of sight along the platforms.

The TfL-run stations, the surrounding public realm and the oversite developments have all been designed at the same time. This integrated approach is intended to ensure a coherent design that knits the new stations into their surroundings. 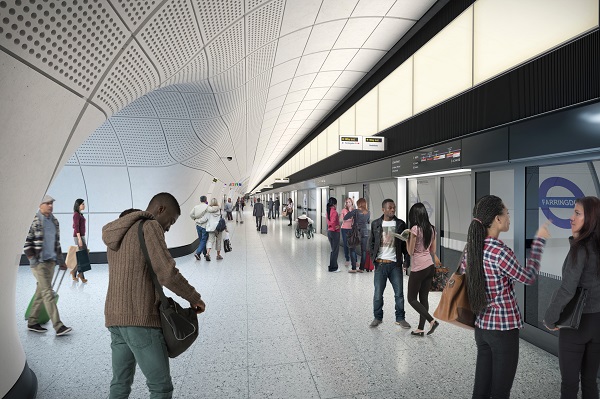 Permanent works of art will also be installed into many of the new central London stations. Each new artwork will be fully integrated with the station, enhancing its design to create a line-wide exhibition.

“The TfL-run Elizabeth line will transform travel across London, reducing journey times, relieving congestion on the Tube network, and radically improving step-free access with brand new accessible stations. This exhibition will enable customers to really start to see what their new stations will look like when they open in 2018, giving a real insight into the huge transport improvements to come.”

“The Crossrail project has worked with world-leading architects and designers to deliver a new railway that draws upon the fantastic transport architectural heritage of London and London Underground with each station reflecting the distinct character of the surrounding area and presenting a common line identity.”

Retrieved from "https://www.designingbuildings.co.uk/wiki/Crossrail_station_designs"
Create an article