Managing and responding to disaster 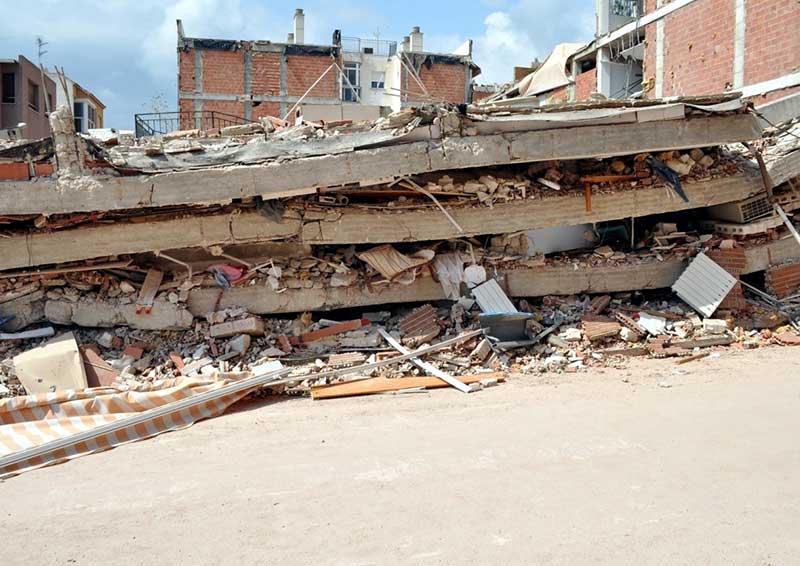 Although disasters happen infrequently, they will often strike in the same place on more than one occasion. Testament to the geographically-coincident nature of disasters are, for example, August 2016's deadly earthquake in central Italy and recurrent flooding in the UK.

The Institution of Civil Engineers (ICE) has published two themed issues (169 ME2 and 169 ME3) of its Municipal Engineer journal on the latest research and practice related to disaster management and emergency planning. A recurring theme throughout the papers is that civil engineers need to ‘build first time better’ and to ‘build back better’ after a disaster.

Merrilees (2016) makes the point that the antecedent state of structures and infrastructure and the lack of accessibility to some geographical areas exacerbates the impact of earthquakes, as it did for the 2011 Nepal earthquake, which measured 6·9 on the Richter scale.

Liu et al. (2016) discuss the 2010-11 series of earthquakes in Christchurch in New Zealand and in particular, the sewerage system performance loss during the immediate response, and subsequently during the recovery and then long-term restoration periods.

They present performance indicators concerning the engineering-related consequences to structures and hydraulics, and the consequential issues for the environment, society and the economy. They propose a framework for supporting decisions that deals with both physical damage and functional impacts, as well as the restoration of serviceability.

Malik and Cruickshank (2016) note that Karachi in Pakistan has inadequate seismic resilience owing to inappropriate construction techniques, and this results from inadequate awareness and political will. It is also based on little historical seismic data as a reference point for design.

They develop a strategy that will handle the current lack of preparedness in the form of an early warning system using cell broadcast technology. They argue that this is a pragmatic approach to help move towards a paradigm of prevention, mitigation and preparedness.

Chhorn et al. (2016) concern themselves with the prediction of landslides as a consequence of rainfall in Korea, in particular the identification of the most important periods of time of rainfall prior to a landslide. Multiple cases are considered and they find that there are durations of rainfall that are critical and assist in predicting landslides.

Affleck and Gibbon (2016) use the flooding in Workington, UK in 2009 as a case study for evaluating the approach taken to coordination and communication. A bridge collapsed, which severed the town into two parts with significant social impacts.

Their qualitative investigation of the three-year process of restoration suggests that the adopted communication strategy assisted in community understanding and acceptance of the situation. The paper is free to download.

In a similarly themed paper, Rowley et al. (2016) discuss the impact of flowing on the highway network in Worcester as a consequence of rainfall in 2013. They discuss action taken to minimise impacts for the travelling public.

Gallagher and Cruickshank (2016) recognise that climate change is leading to more extreme events and that the least resilient communities and infrastructure are those in the developing world. They discuss resilience theory in this context and develop a framework based on planning with system complexity, adaptive capacity and equitable governance in mind.

They provide a case study example of a vulnerable coastal community in Honduras and reveal unintended consequences of usual approaches to planning that in fact exacerbate vulnerability to climate change. The better understanding offered by resilience thinking in infrastructure planning is an approach that civil engineering practitioners and scholars ought to be adopting, they suggest.

Fitzmaurice (2016) discusses the same theme of infrastructure planning in the context principally of the developing world, but rather from the perspective of ensuring that, after a disaster, replacement infrastructure is fit-for-purpose, and hence is superior to the preceding infrastructure.

He describes the difference between immediate emergency relief and long-term recovery plans as a ‘development gap’ and uses post-tsunami Banda Aceh in Indonesia, and post-earthquake Haiti, Nepal and Christchurch, New Zealand as case studies.

Hearn (2016) deals with a more specific issue – the management of roads in relation to the risks posed by climate change as well as the risk of land management practices. Transport infrastructure, by its very nature of carving an engineered line through a landscape, is prone to the effects of natural hazards over a wide area.

Hearn suggests that the risks posed by flooding and the geotechnical issues that are a consequence of this, such as landslides, are increasing in Asia and Africa and there is a requirement to better understand the relation between geology, climate change and land use change.

Using a case study in Ethiopia, he suggests that risks posed by geo-hazard uncertainty and design deficiencies may be more important to understand and control than simply proofing infrastructure against future climate change. These risks are the result of inappropriate land use change and land management practices.

When a disaster happens there may be an immediate requirement to evacuate an area of people. To be effective, evacuation plans need to be determined before an event occurs and Coutinho-Rodrigues et al. (2016) deal with this issue for areas that have a high population density and have infrastructure that is constrained.

They present an approach based on movement to safe areas, which accounts for the numbers involved, the relative location of facilities, and the routing algorithms required to complete the evacuation of people to safe havens in an efficient and effective way.

Sadiqi et al. (2016) deal with issues where communities that have been subject to war are then also subject to natural disaster. The challenges of long-term reconstruction are magnified by an additional lack of disaster readiness.

In the context of Afghanistan, they identify factors derived from principal component analysis of questionnaire responses concerning lack of community participation in reconstruction projects.

It is hoped that the papers in these two themed issues will help civil engineers involved in disaster management to better understand and manage these complexities.

This article was originally published by ICE on 26 August 2016. It was written by Simon Fullalove.

Retrieved from "https://www.designingbuildings.co.uk/wiki/Managing_and_responding_to_disaster"
Create an article