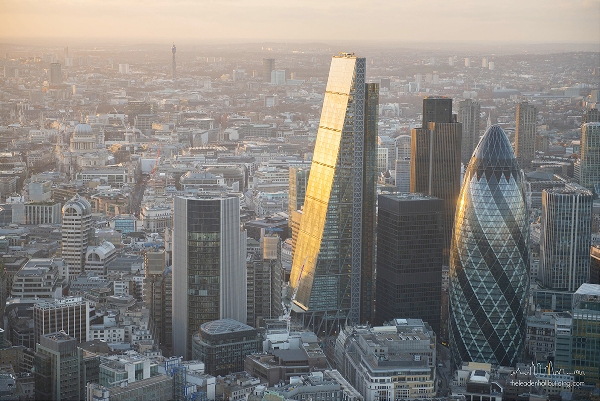 The Leadenhall Building at 122 Leadenhall Street, is popularly known as ‘The Cheesegrater’ because of its distinctive slanting profile, created to respect a protected view of St Paul’s Cathedral from Fleet Street. It was designed by architects Rogers Stirk Harbour + Partners (RSHP) for The British Land Company plc and Oxford Properties.

The building comprises a number of architectural elements that provide clarity to the composition both as a whole and as a legible expression of its constituent parts:

The structure aims to reinforce the geometry defined by the development envelope, which in turn creates the distinctive tapering form, and takes the form of a perimeter braced ‘tube’ that defines the extent of the floor plates. The ladder frame contributes to the vertical emphasis of the building, and encloses the fire-fighting cores. The frame also visually anchors the building to the ground.

The office floors take the form of simple rectangular plates which progressively diminish in depth by 750 mm towards the apex. They are connected to the structural ‘tube’ at every level without the need for secondary vertical columns at the perimeter.

The northern support core is conceived as a detached tower containing the passenger and goods lifts, service risers, on-floor plant and WCs. Three groups of passenger lifts serve the low, mid and high rise sections of the building, and are connected by two transfer lobbies at levels 10 and 24.

The position of the northern support core relative to the offices means the structure is not required to be over-clad with fire protection, allowing it to be designed and expressed as visible steelwork. This articulated steel frame provides clarity to the whole assemblage. 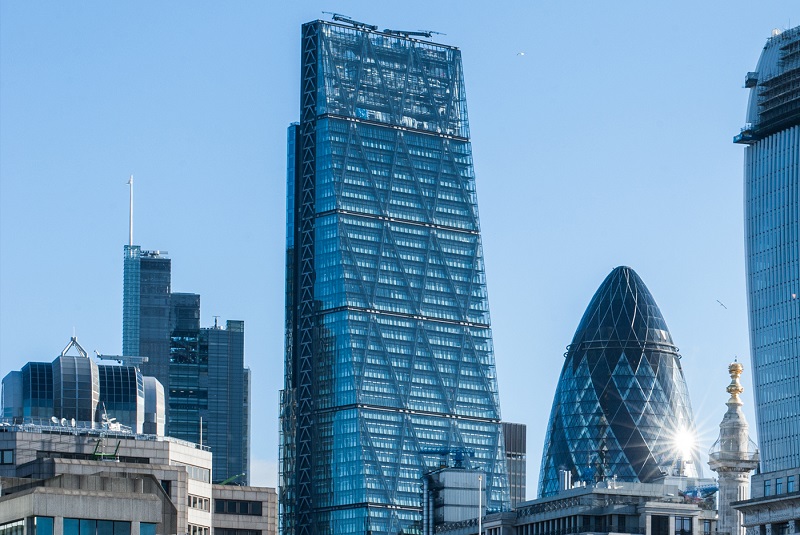 The building is designed to express all the constituent elements behind a single glazed envelope. Facades to the office areas require the highest comfort criteria in relation to heat loss, daylight, glare control and solar gain. Here, the facade is supplemented with an internal layer of double-glazing, forming a cavity which incorporates the structural frame.

The external glazing incorporates vents at node levels to allow outside air to enter and discharge from the cavity. Blinds in the cavity automatically adjust to limit unwanted solar gain and glare.

The lower levels of the building are recessed on a raking diagonal to create a large public space that opens up to the south. The spectacular scale of the semi-enclosed, cathedral-like space is without precedent in London and creates a major new meeting place and a unique destination.

Overlooking the space are generous terrace areas within a bar and restaurant that provide animation and views into the public space and beyond. This enclosure is open at ground level to give access from all directions.

In January 2015, RSHP announced they had taken a 15-year lease on level 14. They moved in on 14 December 2015, leaving their long-term home by the river in Hammersmith.

The Leadenhall Building was officially opened by the Duke of Cambridge and Prince Harry on 19 October 2015. See Leadenhall building opening ceremony for more information.

On 1 March 2017, it was announced that the building had been sold by British Land to CC Land, a Hong Kong-listed company controlled by Cheung Chung-kiu. At £1.15 billion, it is the second-biggest ever sale of a UK building.

In June 2018, the Leadenhall Building was announced as an RIBA National Award winner. These awards are given each year to buildings that have made a significant architectural contribution.

The judges said that the building was '...one of the more striking and elegant towers to have been added to the City’s jumbled skyline in recent years. Its theatrical backside ensure that all lifts and toilets are choreographed into a circulation and servicing core at the rear, again glazed. This creates a constant intricate dance of lifts of different colours and sizes and their inhabitants, rising and falling, filling and emptying. Functional necessity becomes something beautiful to watch – almost like a children’s storybook of How a Building Works - and, again, a contrast with the slick front that is achieved with a seamless conviction.' 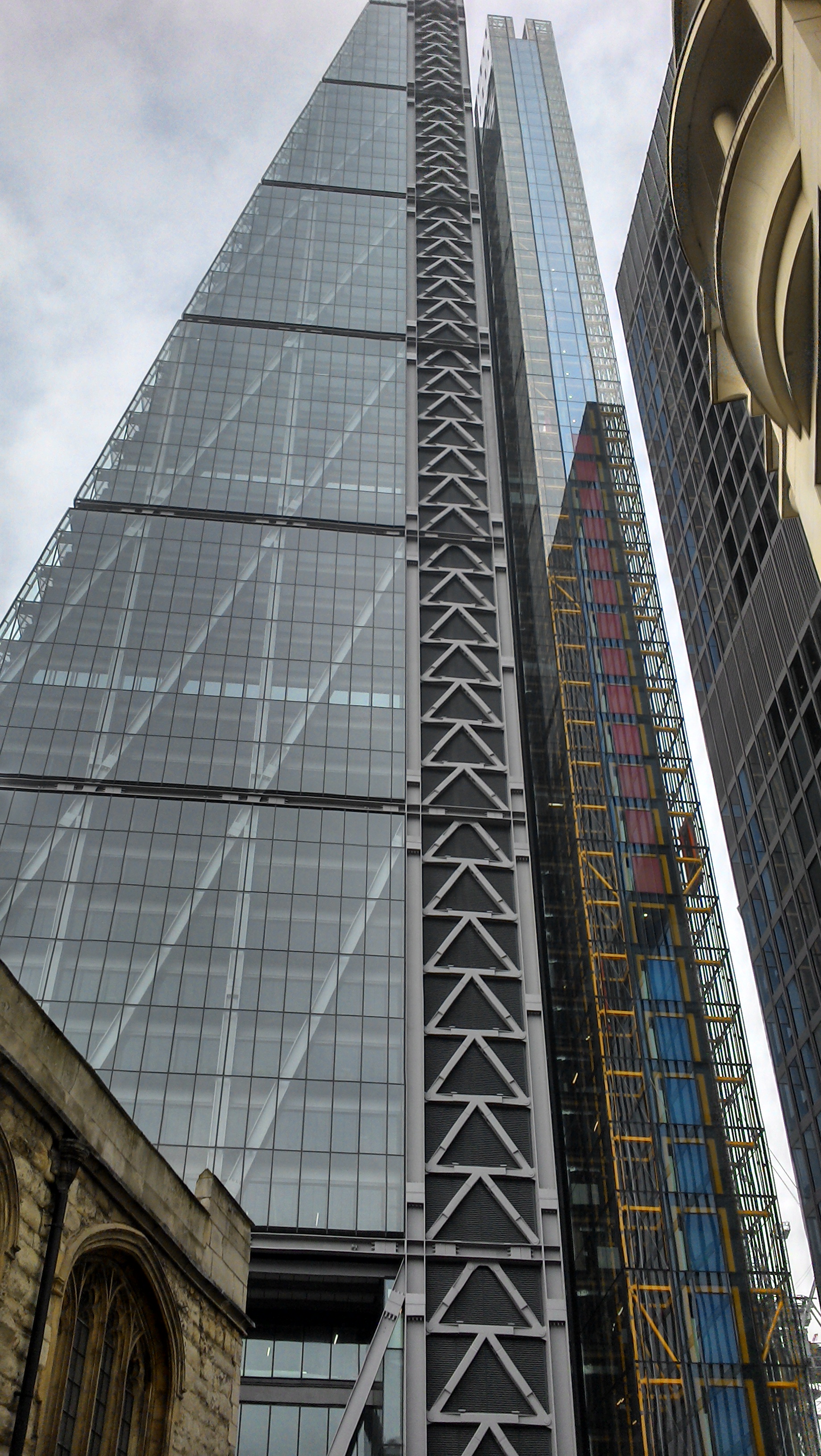 Retrieved from "https://www.designingbuildings.co.uk/wiki/Leadenhall_building"
Create an article