Located halfway between Casellina and the old town of Scandicci, the Nuovo Centro Civico is a new town centre designed by Rogers Stirk Harbour + Partners and Studio DA. 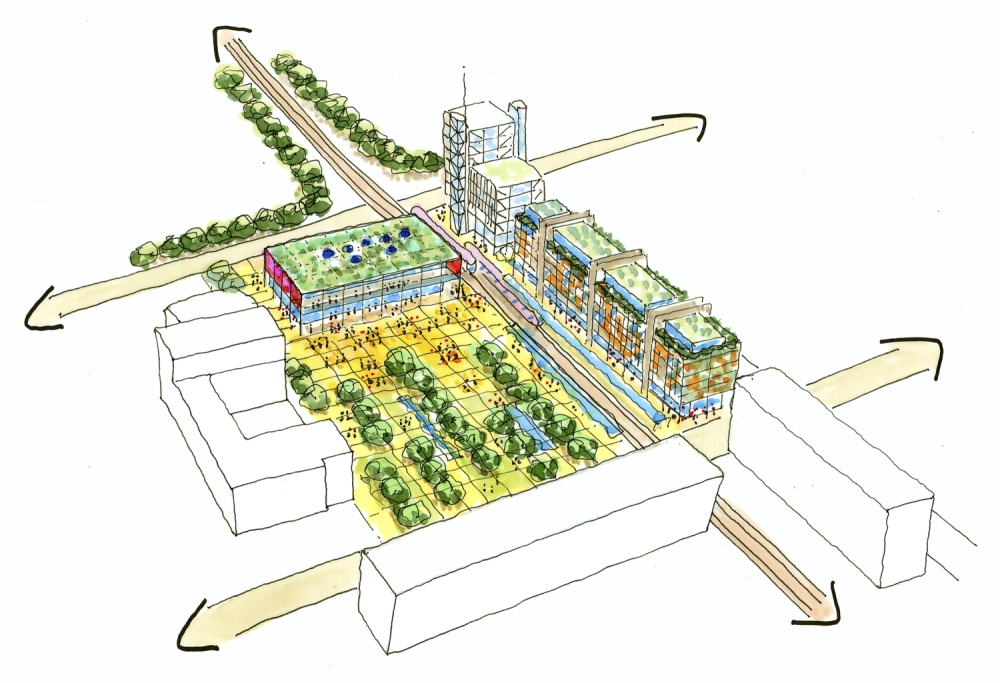 The project is part of a wider urban plan commissioned by the Scandicci Council in 2003 and will transform the area from a remote satellite town into a renewed city hub. A series of buildings and a new tram line – connecting the town to the centre of Florence – have been built around a public piazza, focusing a series of activities from public to private, for the whole community.

The new development at Scandicci is characterised by buildings that respect the scale of their surroundings and create a contemporary architectural language, that gives cohesion between all the dierent typologies, whilst responding to their individual functions. The result is a restrained architectural aesthetic that directs attention towards the setting rather than the buildings themselves.

The choice of materials was fundamental to the process of creating an ensemble of buildings. A limited palette was selected for all buildings, including natural anodized aluminium, concrete, glass, stainless steel and terracotta. Terracotta has been used as a building material in Tuscany for centuries and so the new project continues this tradition in a contemporary way. The red tone of the terracotta, framed by natural anodized aluminium and inset within visibly expressed concrete frame, creates a language that places the traditional local materials in a new, fresh setting. 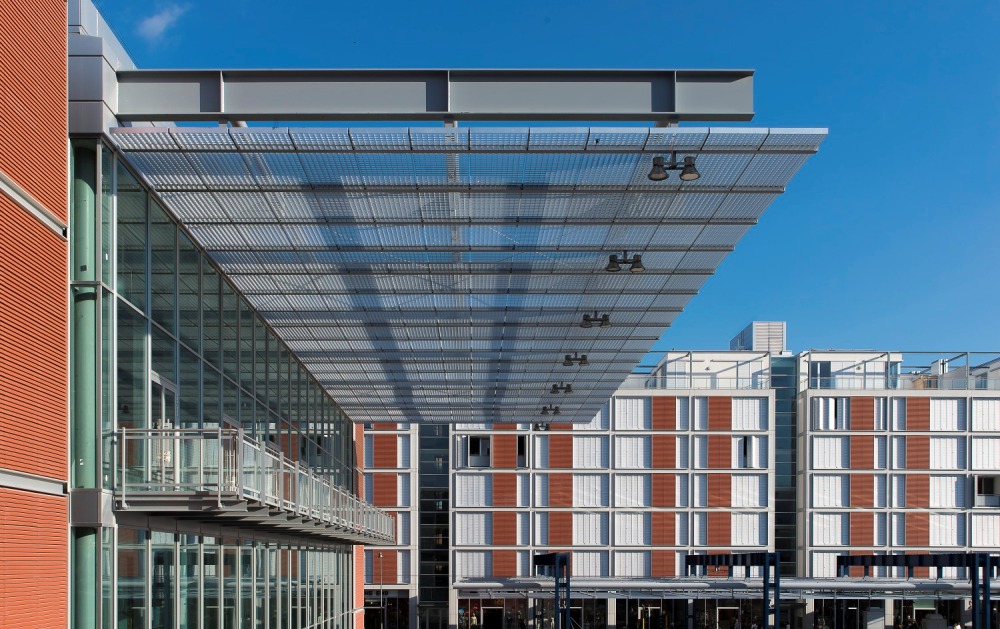 The mix of buildings that have been designed as part of the project include a cultural centre, a commercial building and residences. The cultural centre frames the eastern edge of the piazza and provides a multi-functional hall for seminars, conferences, exhibitions and concerts. It is designed for and operated by the local council and oers completely exible spaces inside, allowing for future adaptation. It can work both independently or in tandem with the piazza outside to stimulate ideas about public activity.

The commercial building is also fully adaptable inside and can therefore be used as open plan oce space or divided into smaller, cellular units. As the tallest structure in the new ensemble, it acts as a marker on the horizon, directing people to centre of the renewed Scandicci.

Adopting a modular approach, the design for the residential building allowed for changes to the layout conguration of the ats, even during construction, therefore catering for changing market conditions.

The tramline that connects Scandicci to the centre of Florence in a just few stops is the key element towards urban integration. Creating such transport links encourages development and growth, while simultaneously limiting the dependance on cars and discouraging suburban sprawl.

The project adopts a sustainable approach by including the installation of solar and photo-voltaic elements, as well as a green roof on the cultural building. The landscape concept with its linear arrangement of trees and benches alongside the tram line helps to unite the development, including the new parking area.

Richard Rogers said, “We hope to have marked a change and indicated a new direction for the next 20 years of development of Scandicci. I believe that we have created something truly special and I hope that the legacy of this project will continue to develop for many years to come.”

Ivan Harbour (Rogers Stirk Harbour + Partners) said, “A work of this magnitude is a great catalyst and already the town hall is responding to the work. Scandicci places people above all other design considerations. This should always be the aim behind a great urban regeneration project.”

Ernesto Bartolini (DA.Studio ) said “The success of this project is the result of a strong collaboration between RSHP’s urban vision for the future of Scandicci and the local pride. Citizens and politicians shared the vision presented by the architects and gave energy to the project throughout the 10 year process to make it happen in the best possible way.”

Mayor of Scandicci, Simone Gheri says, “The opening of this project marks the beginning of a new era for Scandicci. If we place ourselves in the middle of the square and appreciate the beauty of the new space and the harmony of the dimensions, we feel with real condence that our city has a great future.”

Massimo Mucci Beltrami, General Director of CMSA (contractor), says, “The belief that we were doing something unique gave us the strength to work with condence; we knew the quality and beauty of the buildings would overcome any diculties. Projects like this help us approach future work with a new determination.”

In 2014, it was awarded an RIBA Stirling Award. 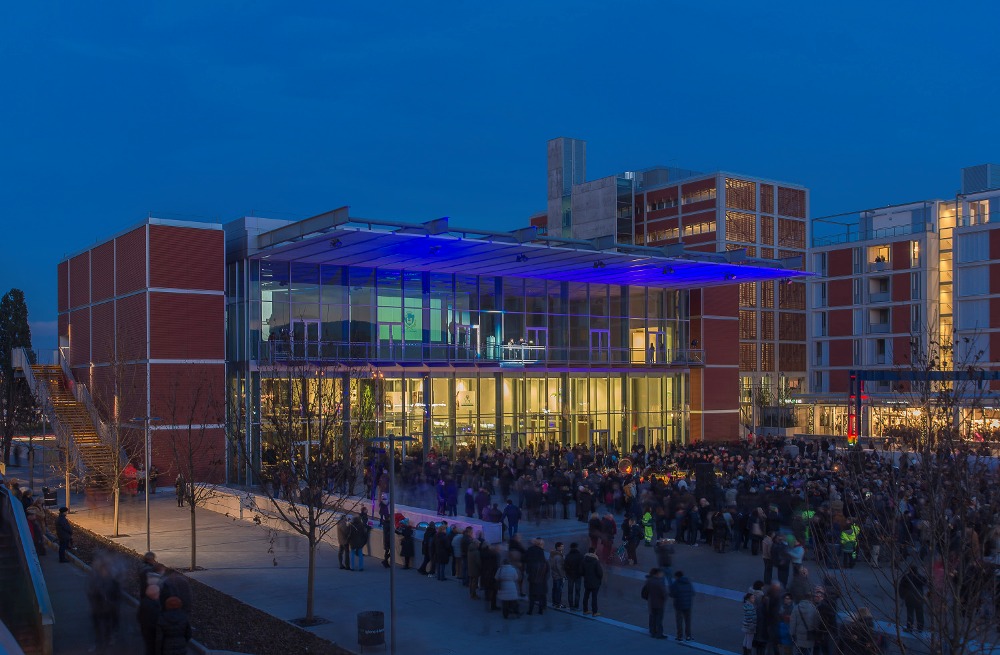 Retrieved from "https://www.designingbuildings.co.uk/wiki/Nuovo_Centro_Civico_-_Scandicci"
Create an article