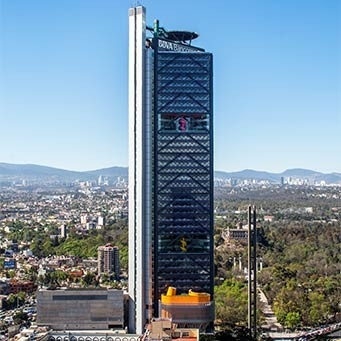 The 50-storey office tower creates a new urban landmark on the skyline of Mexico City and brings together the different architectural languages of the two practices. Located on the Paseo de la Reforma, it provides 78,800m² of prime office space and can accommodate 4,500 members of staff. 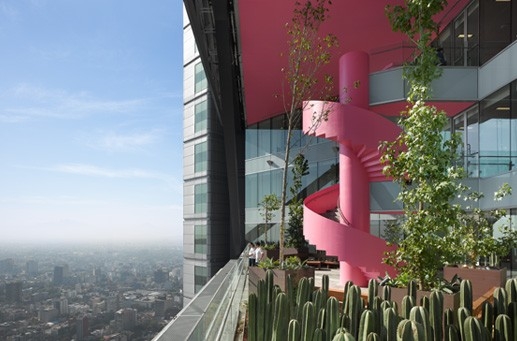 On the ground floor, the triple-height lobby links the daily operations of the bank with executive-level commercial businesses at higher levels. Glass elevators face the Chapultepec Park and transport visitors and employees to the sky lobby at level 12. This area creates a window on the city and will be used for exhibitions and public events, with terraces overlooking the park.

The external braced frame provides the seismic structural system to the building and frees the interior, providing flexibility in planning the office spaces. The core is arranged diagonally, moving away from the traditional central core and responds to the spectacular views towards the city and the park.

Sky gardens every nine floors create outdoor space within the tower and provide meeting and break-out areas where people can enjoy the views.

The façade is inspired by Mexican traditions and architectural heritage. Its diagonal structure creates a lattice frame to provide shading and protect from the heat of the sun. The building has been awarded a Gold LEED energy standard.

“Mexico City’s new headquarters for BBVA Bancomer is a celebration of the 21st Century workplace as a multi-layered, collaborative community. The building’s distinctive sky gardens, the heart of its community, speak to the city around it and far beyond. The building expresses its functions to the outside world; its fluid and flexible interior space, its external core, its structure and its environmental controls together form a legible, holistic, architecture that is globally distinctive and a unique response to its place.”

“We were thrilled by the opportunity to work for BBVA Bancomer on such a unique project for Mexico City and to collaborate with Legorreta + Legorreta, one of the world’s leading architectural practices. The form of this building is based on a rethinking of conventional approaches to office space. The design creates a new hierarchy of vertical communities or ‘villages’ with open areas where staff and visitors can meet and enjoy spectacular views across the city.

"It serves as a landmark building that provides a clear link between Chapultepec Park and the Paseo de la Reforma. The highly sustainable design incorporates a façade which draws on the heritage of Mexican architecture; the result is a reinterpretation of the distinctive texture of traditional ‘celosia’ screens.” 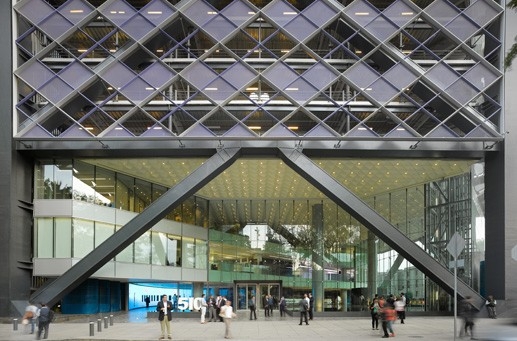 "The collaboration started as a friendship between Richard and my father (Ricardo Legorreta), and later I have also become a close friend of Richard. Both RSHP and Legorreta + Legorreta were invited by BBVA Bancomer to enter a competition to design a new headquarter building for them in Mexico City.

"As Richard had been visiting Mexico for over 20 years, we had always talked about the possibility of both practices working together, so this was the perfect opportunity to form a team and participate in the competition. We are very excited to see the sketches for the building transform to a completed building. It was a great opportunity to work collaboratively with RSHP and BBVA Bancomer on this special building in the city.”

More than 75,000 votes from ArchDaily readers around the world filtered 3,000 projects down to 16 category winners. The building was praised for its reinterpretation of traditional office space organisation, offering a variety of new, flexible working environments for all users.

RSHP's Ivan Harbour said, “We are delighted to have won this award. We always strive in our architecture to create buildings which serve their occupants and enhance their environments. To have won an award in a public vote shows that BBVA tower has captured the public’s imagination as we had hoped it would. It was a delight to work in collaboration with Legorreta and Legorreta, and it is particularly special to see that recognised."

BBVA Tower also won a bronze medal in the American Architecture Prize 2016 and a silver medal at the Bienal Nacional de Arquitectura Mexicana and has been certified LEED Gold for its environmentally-friendly features.

In May 2018, the BBVA Bancomer tower was one of 20 international projects in 16 countries to be given the RIBA Award of Excellence 2018.

RIBA judges stated, “The BBVA Bancomer Tower demonstrates an elegant response to a complicated site, both in terms of its urbanism and its solution to the complexities of tall buildings.”

Andrew Tyley, Partner, said: "We are delighted to win the RIBA International Excellence Award 2018. This is a celebration of the 21st century workplace as a multi-layered, collaborative community. The building's distinctive sky gardens, the heart of the community, speak to the city around it and far beyond." 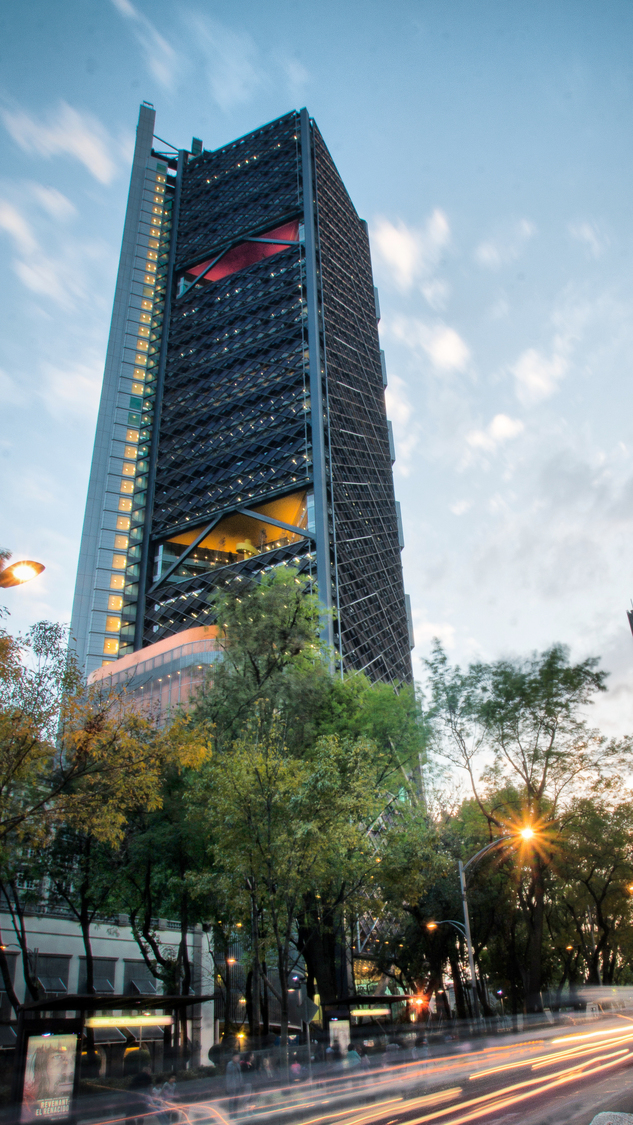 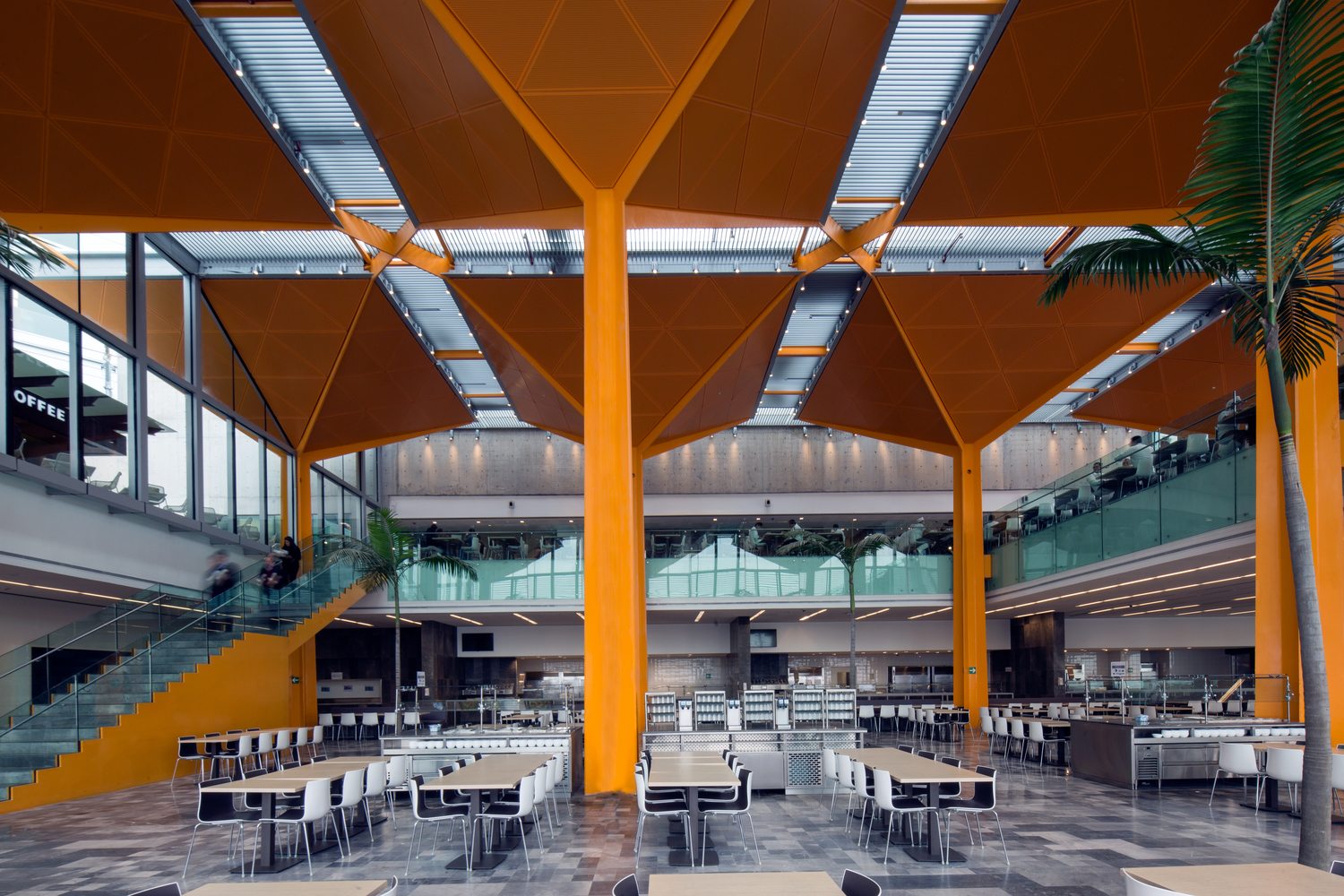 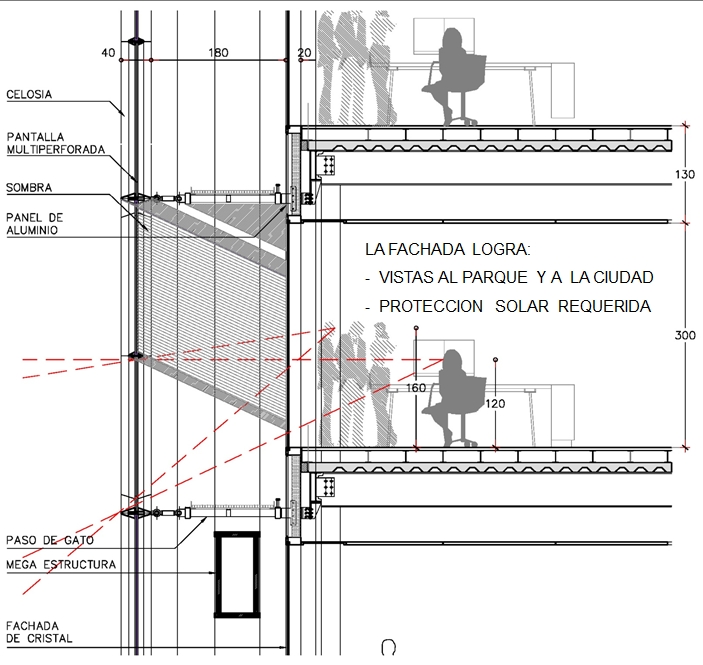