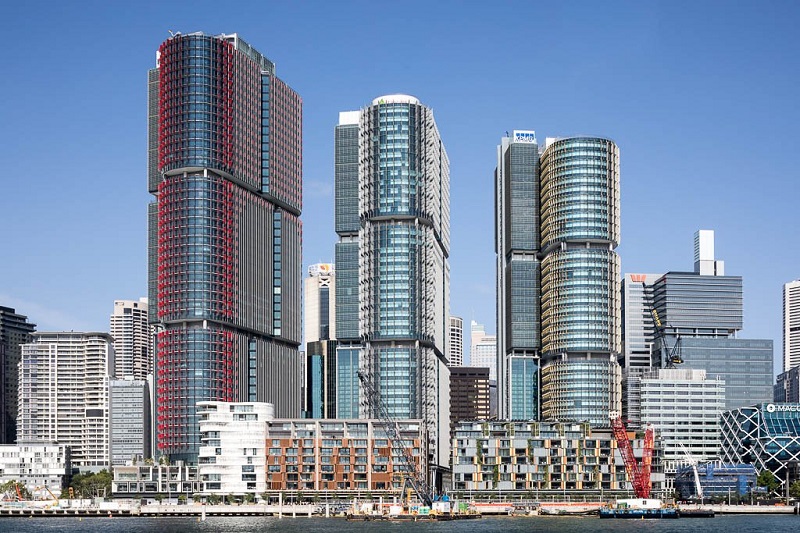 On 8th December 2016, the International Towers Sydney were completed. Designed by Rogers Stirk Harbour + Partners (RSHP), the milestone marks the conclusion of the first significant part of their masterplan for Barangaroo South, a major urban renewal project. 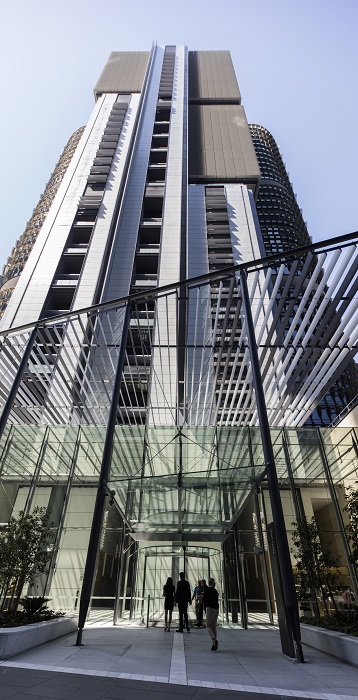 Developed by Lend Lease, the project is Sydney’s largest piece of urban renewal since the 2000 Olympics. The central business district (CBD) is united with the waterfront, a new financial services hub and a new carbon-neutral district in the downtown area.

Opening out over the Sydney’s western harbour, the towers are positioned on a radial geometry to maximise views and exposure to sunlight. Originally conceived in 2008, the three towers are designed to be harmonious, but with different detailing giving them individual identities. 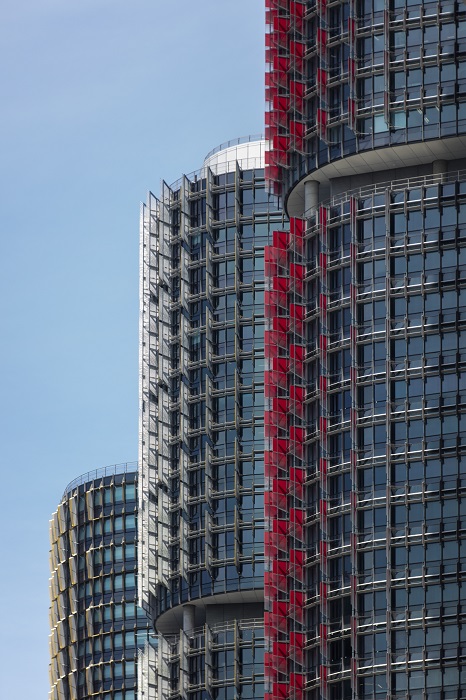 The towers offer approximately 300,000 sq. m of premium office space for around 23,000 workers. The 2,500 sq. m floorplates are flexible, allowing workers to personalise and arrange their space according to their needs.

RSHP suggest that the design of the towers has ‘turned convention on its head’ and created ‘a workplace for the future’. 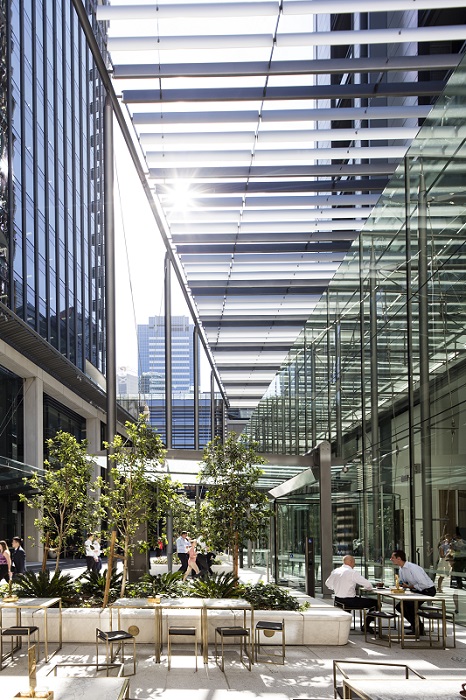 Throughout the buildings, the design incorporates large vertical spaces with high ceilings, day-lit lift lobbies and fresh air. The transparent lobbies are designed to merge into Barangaroo South’s tight network of streets and lanes, helping to give the towers a sense of human scale and impact at ground level.

The towers have received the prestigious 6-star Green Star rating, thanks to a range of environmental features including facades that combine horizontal and vertical filigree solar shading, harbour water heat rejection, rainwater capture and recycling, solar panels, blackwater treatment, and a basement that prioritises bicycles over cars. 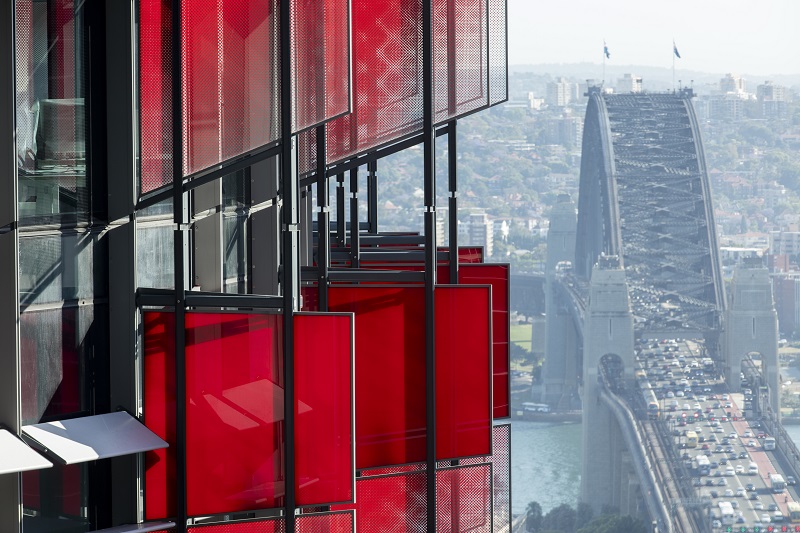 Speaking at the launch of the towers, RSHP’s senior partner Richard Rogers said:

“Sydney is one of the most magnificent port cities in the world, but historically the city has never reached the waterfront. One of the main aims of this project was to extend the CBD down to the waterfront, creating a new district of work and leisure, with 50% open space.

“Since the towers have been built, the area has been teeming with people, life and vitality, showing that this was absolutely the right response to the area. Working on a project of this scale has been an incredible opportunity for the practice to undertake a high quality piece of placemaking.” 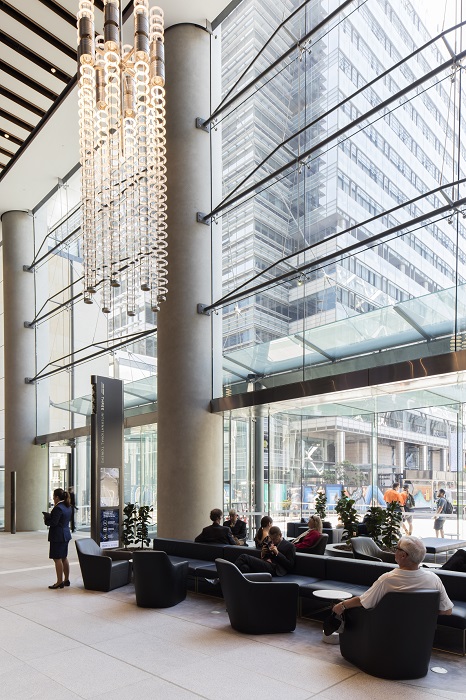 “The radial arrangement of the towers break the orthodox Cartesian grid, the radial arrangement exploits views of the city and water, maximising solar access. The resulting street pattern and its proportions provide a human scale public domain enriched by an intelligent mix of activity, which is strongly connected to the CBD.”

“The requirement for each of the towers to have an individual, low energy façade which could be read as a cohesive whole gave us the opportunity to develop and formulate three external façade systems which responded to their unique location. The façades used detailed, filigree solar shading to create a cohesive whole across the precinct and provide legibility from city to human scale.

“The opportunity to benchmark, model, prototype, test, and deliver these innovative facades with a global collection of specialist consultants, façade engineers, fabricators, and manufacturers has been an extraordinary and highly rewarding experience.”

In 2018, the towers were shortlisted for both the “Best Urban Habitat” and “Best Tall Building (Asia & Australasia)” award at the Council for Tall Buildings and the Urban Habitat conference. https://www.rsh-p.com/news/rshps-international-towers-sydney-shortlisted-for-ctbuh-awards/

Retrieved from "https://www.designingbuildings.co.uk/wiki/International_Towers_Sydney"
Create an article