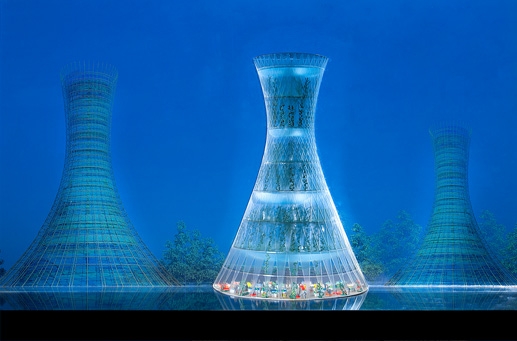 The bamboo-lined vertical ‘farm’ was created as a research project for the 2015 Milan Expo, and is intended to be located in urban areas where there is insufficient land or poor-quality soil.

The multi-storey tower structure has a rigid circular frame to maximise sun exposure and supports several layers of agricultural cultivation, as well as an aquaponics system. This enables the growth of crops and fish in a re-circulating process, meaning nutrients from fish waste feeds plants that in turn provide filters for the fish. 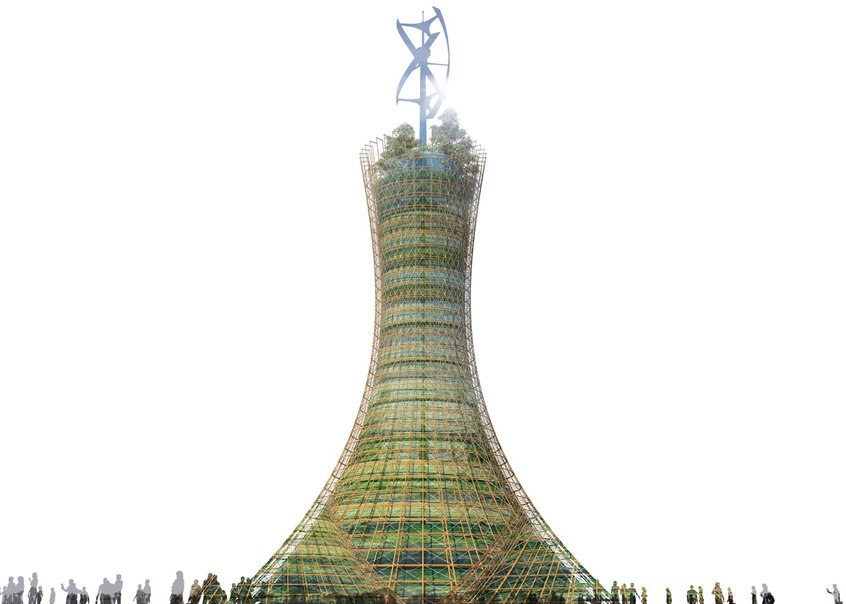 At ground level there is a market or restaurant to engage public interest, and an education space or social hub where all the growing parts of the tower are visible.

Above this is a large transparent tank where freshwater fish are farmed. In the middle of the structure, plants are grown in water rather than soil. An ‘aeroponic’ system sits nearer the top where plants are grown in a misty environment using minimal water and no soil. The very top of the tower houses water tanks and wind turbines.

The practice says, should the tower ever be built, it could be ‘easily scaled’ and a 10m high version could be constructed in a school, or an 80m version built in a larger urban area. It could also be adapted to warmer or colder climates. The upfront costs of Skyfarm are higher than standard industrial agriculture, but the structure allows year round production without air-freighting produce from other countries. 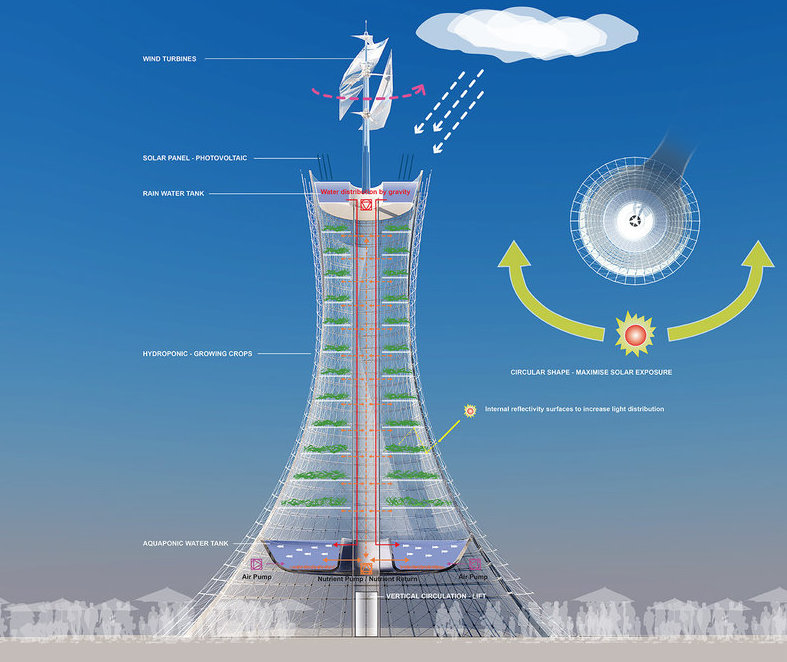 Rogers Stirk Harbour + Partners said: “By the year 2050, nearly 80% of the earth’s population will reside in urban centres. Over the same period of time, the earth’s population is expected to grow by an additional 3 billion people. If we continue to use traditional farming practices, it is believed that an area of land larger than Brazil will be needed to feed these additional people.”

Skyfarm has been awarded the Sustainability Prize at The Architectural Review MIPIM Future Projects Awards 2016.

Vertical farms have been planned in Seoul, Singapore and New Jersey.

Retrieved from "https://www.designingbuildings.co.uk/wiki/Skyfarm"
Create an article