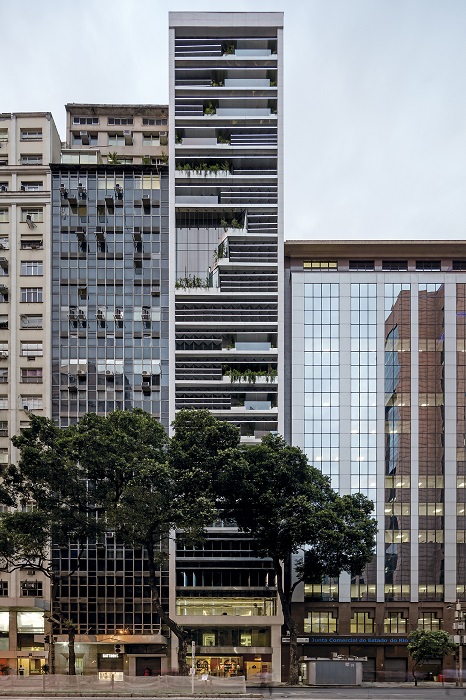 In May 2016, renovation works were completed on a Rio de Janeiro office block that aims to become a model for how the city's existing building stock can be upgraded and made more environmentally friendly.

The French-Brazilian studio Triptyque worked on revamping the 85 m-high office block RB12, as part of Porto Maravilha, the regeneration of the port area ahead of the summer's Olympic Games. 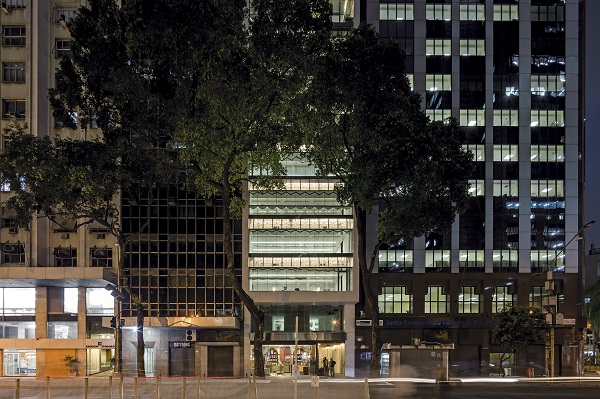 Rather than demolish the building, property developer Natekko commissioned Triptyque to design ways of making the building greener.

Part of their concept was to fit the 26-storey façade of the narrow building with innovative zigzagging glass panels and louvres, helping reduce sun exposure and allowing the glazing to 'play with light like a diamond'. The studio has called this a 'bioclimatic façade'. 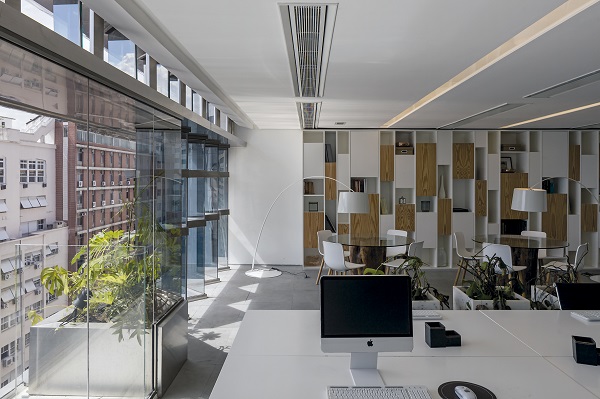 The introduction of natural ventilation has improved the internal climate on the building's 21 office floors. All accessed via a spacious ground floor lobby, these floors each have a cranked plan that naturally divides the spaces into two sides. 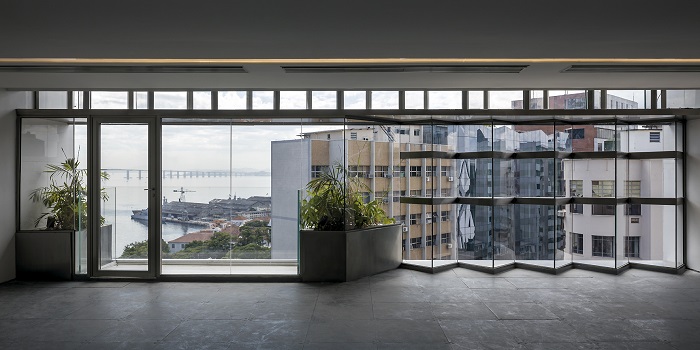 Plant-covered balconies were also installed, irrigated by water from a new rainwater harvesting system which is also used for flushing toilets. Solar photovoltaic panels were added to much of the north-facing side wall, allowing the building to generate its own electricity and sell any energy not used back to the grid. Triptypque claims this is the first of its kind for a commercial building in Brazil.

"[It] embodies an innovative new concept of sustainable development based on energy production, thus following the global trend of green refurbishment, which consists in adapting and upgrading old buildings," they said. 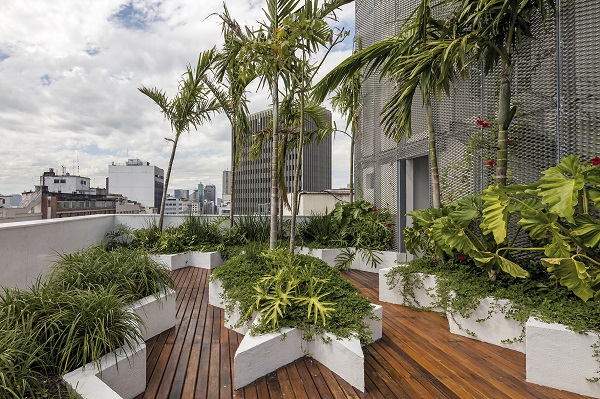 Retrieved from "https://www.designingbuildings.co.uk/wiki/RB12,_Rio_de_Janeiro"
Create an article