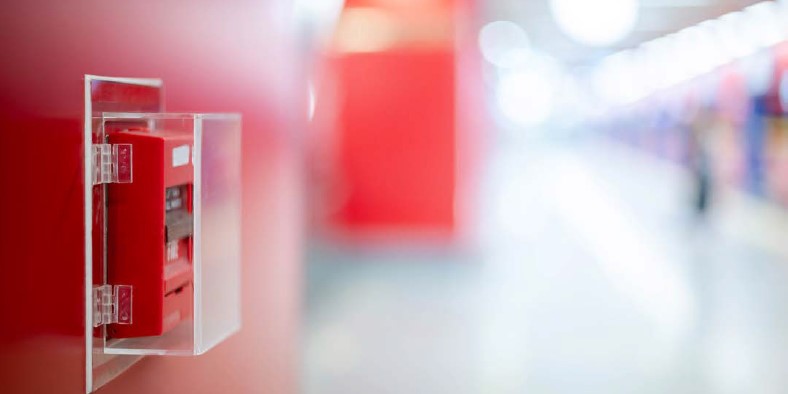 Following the establishment of the International Fire Safety Standards (IFSS) Coalition at the United Nations in Geneva, July 2018, there has been significant progress with the development of international fire safety standards and the development of common principles that can be used globally irrespective of location and legal jurisdiction.

The IFSS: Common Principles: “Safe Buildings Save Lives” document was approved by the UN as a global standard in November 2020. It will be published as a United Nations Economic Commission for Europe (UNECE) standard, and invited representatives of national and local governments and stakeholders will be encouraged to apply the common principles to promote the safety of buildings. Three Chartered Architectural Technologists were selected to join the Standards Expert Panel and Writing Committee for this new venture: Professor Sam Allwinkle PPBIAT MCIAT, Dr Graham Smith MCIAT and Frances Peacock MCIAT.

Following the Grenfell fire, there have been numerous initiatives and workshops. The IFSS is a large group of regulators, institutions and bodies from across the world coming together to bring about universal and consistent fire safety for our shared built environment globally, given that fire safety is a very high societal concern.

The Coalition did not identify any singular, pre-existing overarching fire safety principles that would be suitable for adoption on a worldwide basis and would work in conjunction with other guidelines.

Applying prevention, detection and communication, occupant protection, containment and extinguishment at each stage.

As the standard notes: “sharing knowledge of the principles of fire safety that have been adopted around the globe represents an important opportunity to educate stakeholders and improve protection for people and buildings from the risk of fire and could help drive improvements in safety in both developed and developing economies”.

Education for professionals, for facility and portfolio owners and for the wider community is essential for filling gaps in knowledge to bring about a world more prepared and better informed about fire safety.

The IFSS aims to serve the public interest and be primarily concerned with life safety from fire but, where practicable, also aim to limit or prevent the loss of buildings and by extension protect the business operation and increase resilience.

The standard creates a framework that permits comparisons to be made on a like-for-like basis across countries. This framework is set out below:

The prevention principle objective was defined as safeguarding against the outbreak of fire and/or limiting its effects. High occurring ignition risks were identified through all stages of the building life cycle with focus at the design stage on product safety through behaviour of construction workers, through storage approach for the in-use state. Change and demolition have similar philosophies to design and construct.

The detection and communication principle was defined as investigation and discovery of fire followed by informing occupants and the fire service. This was considered through the building life cycle with fire alarm and wayfinding strategies at the design stage, language barriers at construction and integration of existing and new during use and change.

The occupant protection principle was defined as facilitating occupant avoidance of - and escape from - the effects of fire. Evacuation strategies were a key aspect of design and construction, with other fire precaution measures (such as fire suppression and smoke control) also relevant. In use testing and maintenance of systems was deemed important, and the change and demolition phases had similar considerations to earlier parts of the life cycle.

The containment principle was defined as limiting of fire and all of its consequences to as small an area as possible. This created an emphasis on compartmentation and openable items such as fire doorsets and dampers. Smoke control also featured, since in airports and shopping centres, compartmentation is not present whereas smoke extract and downstands control smoke spread. Linings and cladding are also important considerations during design.

For construction and use, inspection was a key theme. Change focussed on the varying magnitudes of refurbishment with ever increasing controls commensurate with the scale of renovation. Demolition took concern with removing containment and more active management of the site.

Lastly, the extinguishment principle was defined as suppressing fire and protecting the surrounding environment. Firefighting systems such as wet and dry risers featured during design with access a key consideration during construction. Firefighting cores, as required by a building, are best constructed as early as feasibly possible. The in-use phase concerned inspection of these systems and local extinguishment whilst the change phase reviewed temporary signs and systems and the need to integrate them with retained systems. Demolition measures were similar to the construction phase.

Accountability and the verification/validation of each life cycle stage was deemed of utmost importance with different routes for code (prescription) and performance based design. The construction phase included testing and certifying products and systems with the in-use phase considering competence of individuals. Change required validation of assumptions with demolition thinking through the programme steps to ensure fire safety is always prioritised.

This is not the end of the journey. Next steps are planned for a global directory of standards, a delta for fire precautions in complex buildings and a far-reaching implementation strategy.

This article originally appeared under the headline, 'International Fire Safety Standards: common principles - UN approved standard for safety in buildings' in the Architectural Technology Journal (at) issue 136 published by CIAT in winter 2020. It was written by Dr Graham Smith MCIAT and Professor Sam Allwinkle PPBIAT MCIAT.

Retrieved from "https://www.designingbuildings.co.uk/wiki/UN_approves_International_Fire_Safety_Standards_common_principles"
Create an article