In this article, Kevin Jones, Director of Business Development at the Portakabin Group, looks at why demand for off-site construction from major contractors is increasing and how the approach can significantly reduce their project risk.

The single biggest issue for contractors is the reduction of risk – how to minimise the possibility of budget overruns and delays, accidents on site, and mitigate the impact of an increasingly volatile labour market.

Recent research from Aecom has shown that up to a third of bidding opportunities are turned down because projects are deemed to be too high risk. Contractors are certainly becoming far more selective about which clients they will now work with.

Off-site construction solutions can radically reduce risk for contractors on a number of levels. 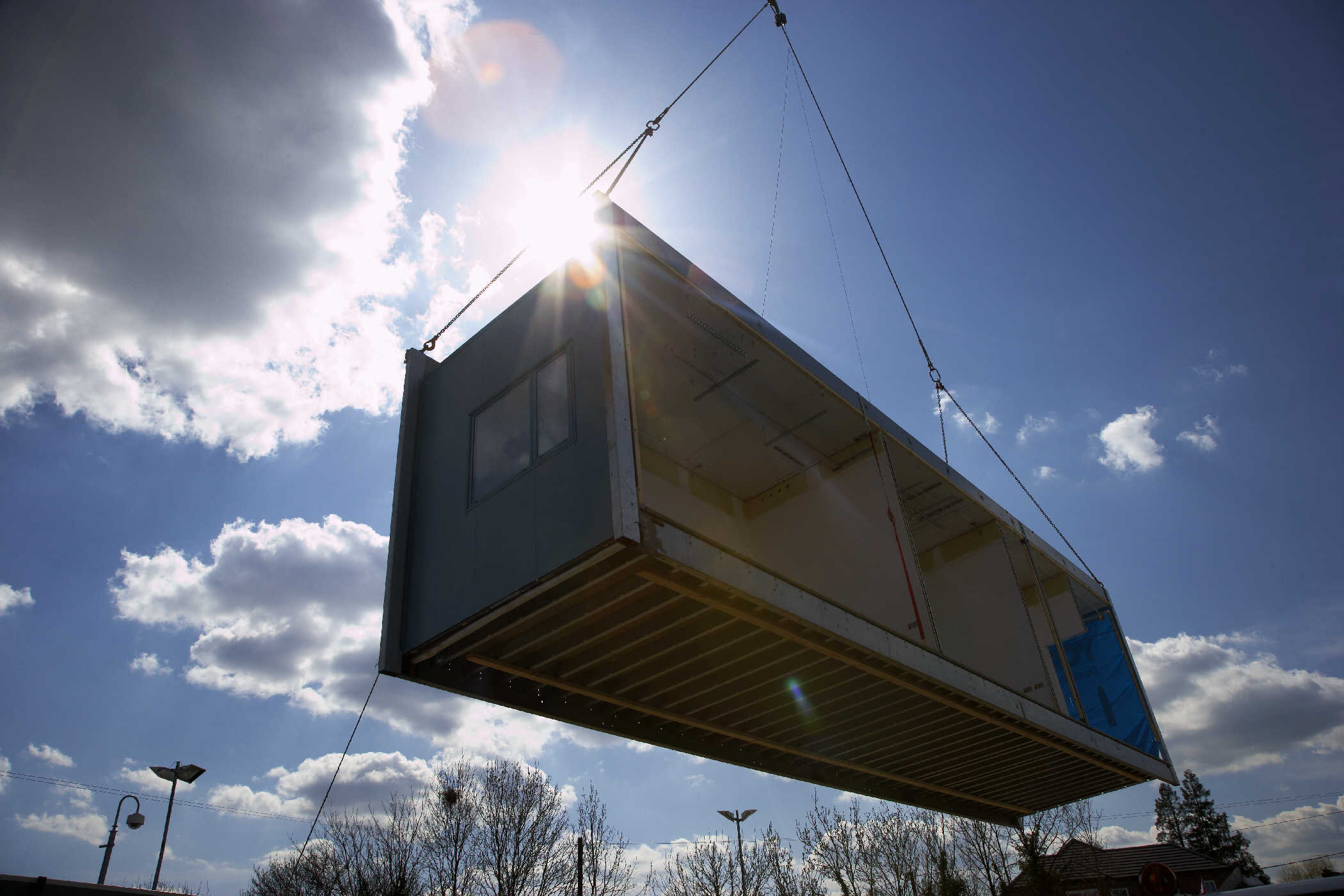 Fresh concerns are being raised about serious skills shortages as analysts increase their forecasts for output growth. The loss of thousands of skilled jobs through the economic downturn has left the sector struggling to attract new talent to meet the surges in construction activity. The situation is set to worsen when construction work starts on HS2 which will need a monthly average total workforce estimated at more than 11,000 (1).

A report published by the London Chamber of Commerce and KPMG has also highlighted a labour and skills shortfall of up to 20 per cent for London and the South East to deliver projects already planned for 2015-17. This could equate to a shortage of 150,000 workers, which would severely restrict the delivery of UK construction projects.

Off-site specialists however, benefit from a permanent and highly-skilled workforce, and a robust, long-established supply chain. This approach significantly reduces the reliance on subcontracted labour, which in turn helps to address the skills shortages and geographical volatility in the labour market that can impact heavily on major contractors.

Certainty of delivery on time and on budget

Off-site construction has been proven to deliver cost and contract certainty and consistent delivery on programme. The Portakabin Group, for example, has completed 99.7 per cent of its projects on time and on budget since 2003. This is in sharp contrast to wider construction industry figures, which have shown that only 46 per cent of non-housing projects were completed on time and just 75 per cent on cost according to the UK Industry Performance Report 2014 (2).

Constructing buildings off site in a controlled factory environment is more predictable and reduces the effect of poor weather conditions, especially in the winter months, leading to much greater assurance of completion on time and on cost. Quality control is also much easier and the target of achieving zero defects much more realistic.

The construction industry is one of the UK’s largest employers but its health and safety record is a major concern. However, by working in an engineering environment, maximising work off site and avoiding work at height major injuries can be reduced to zero. This is because off-site working results in much improved safety for a permanent, highly-trained labour force, as well as increased productivity.

Taking much of the construction process away from muddy sites and into a quality controlled manufacturing centre is much safer and more efficient and is not reliant on temporary labour.

Windows, for example, can be pre-installed in modules inside the factory, without the need for working at high level on scaffolding. And because much of the construction and assembly work is carried out off-site, building sites are safer, quieter, cleaner and generally less disruptive for the client – an important point where building projects are located next to schools, on busy hospital sites and in residential areas. 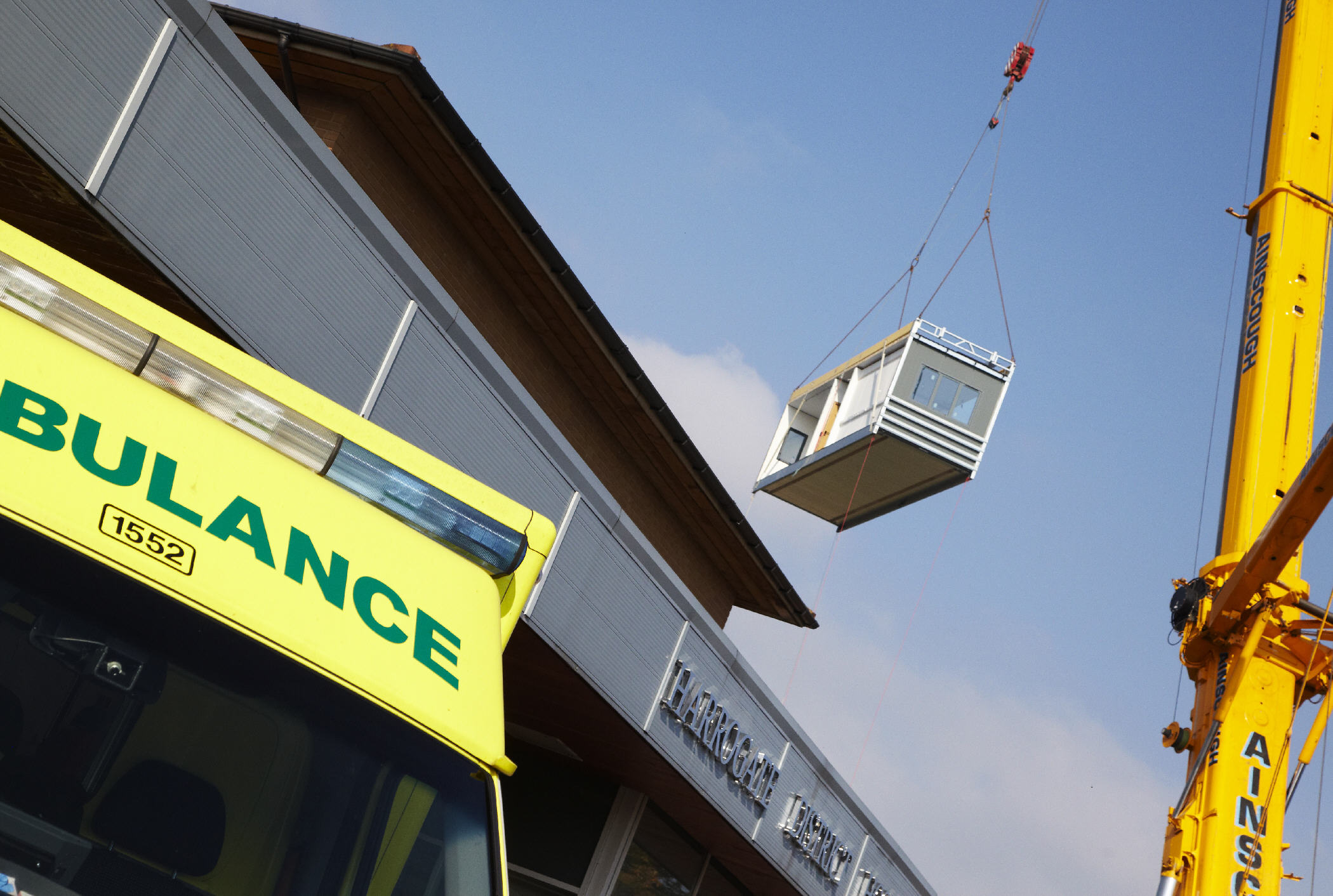 A responsible and forward-thinking approach to health and safety management reduces the risk of accidents and injury even further. Best practice include:

Off-site building solutions can reduce programme times by up to 50 per cent. This is a key benefit for contractors needing to achieve a watertight building envelope for earlier fitting out, thereby reducing time on site and all the associated preliminary, staff and security costs.

These programme reductions and increased off-site working can also facilitate projects that are part of much larger schemes and where there is a need to move elements and enabling works off the critical path in order to start on site in other areas.

There is a clear sea change across the construction industry and a much better understanding of the benefits of off-site solutions. The concept of moving the construction process into a tightly-controlled engineering environment holds considerable appeal to contractors and clients, particularly on constrained and challenging sites – whether track-side rail, high security nuclear or fully operational hospital and school sites. Other applications include production support facilities for manufacturers, highly complex chemical laboratories, headquarters office accommodation, and convenience stores. 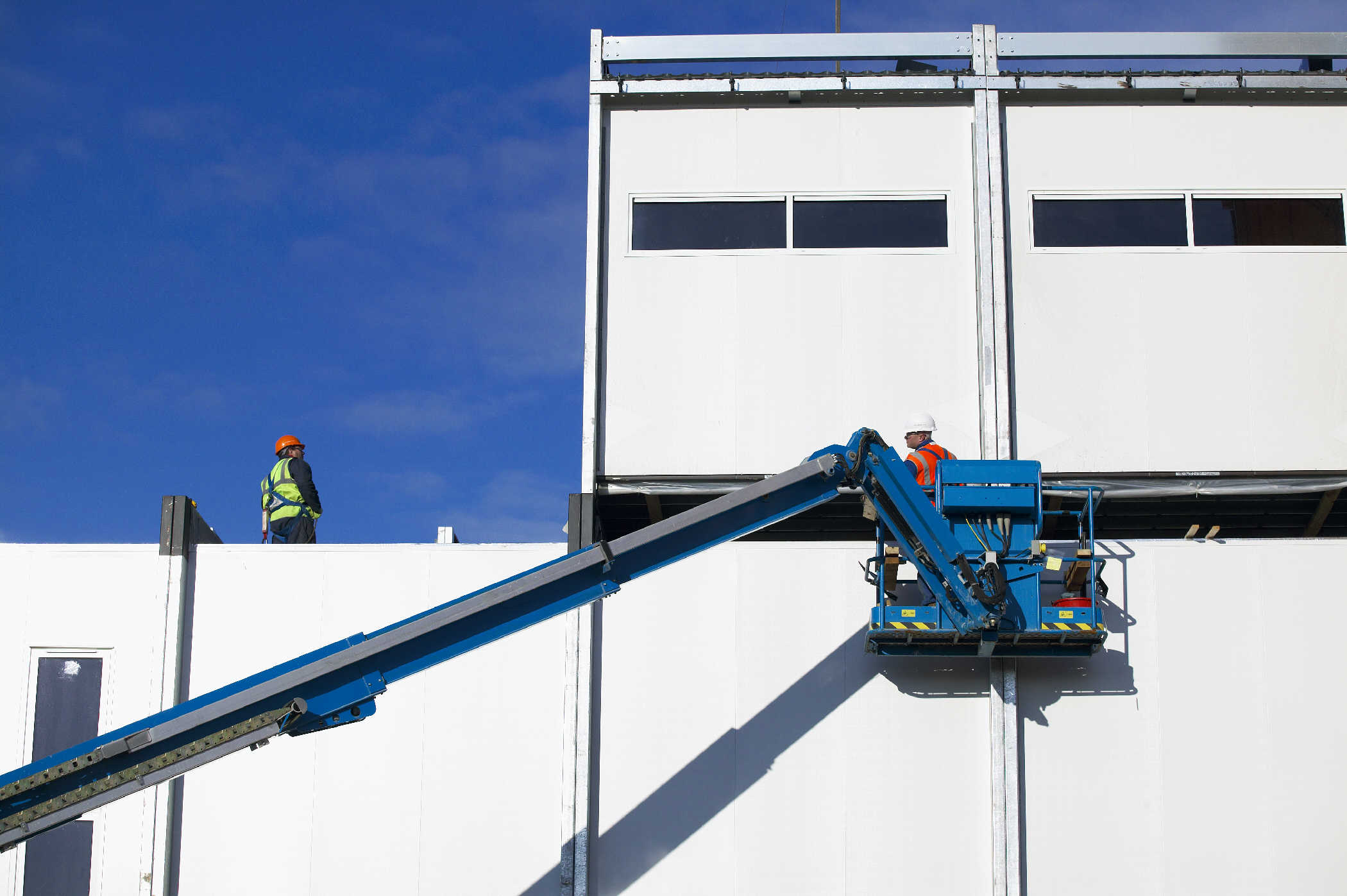 Off-site solutions are increasingly being recognised as a mainstream method of building and the advantages to contractors and the reductions in risk that these techniques can bring are proven – which is reflected in the increased demand. And when combined with a technically-advanced modular building system, the quality of construction that can be achieved is as good as any site-based method.

Retrieved from "https://www.designingbuildings.co.uk/wiki/How_contractors_can_reduce_risk_with_the_use_of_off-site_construction"
Create an article