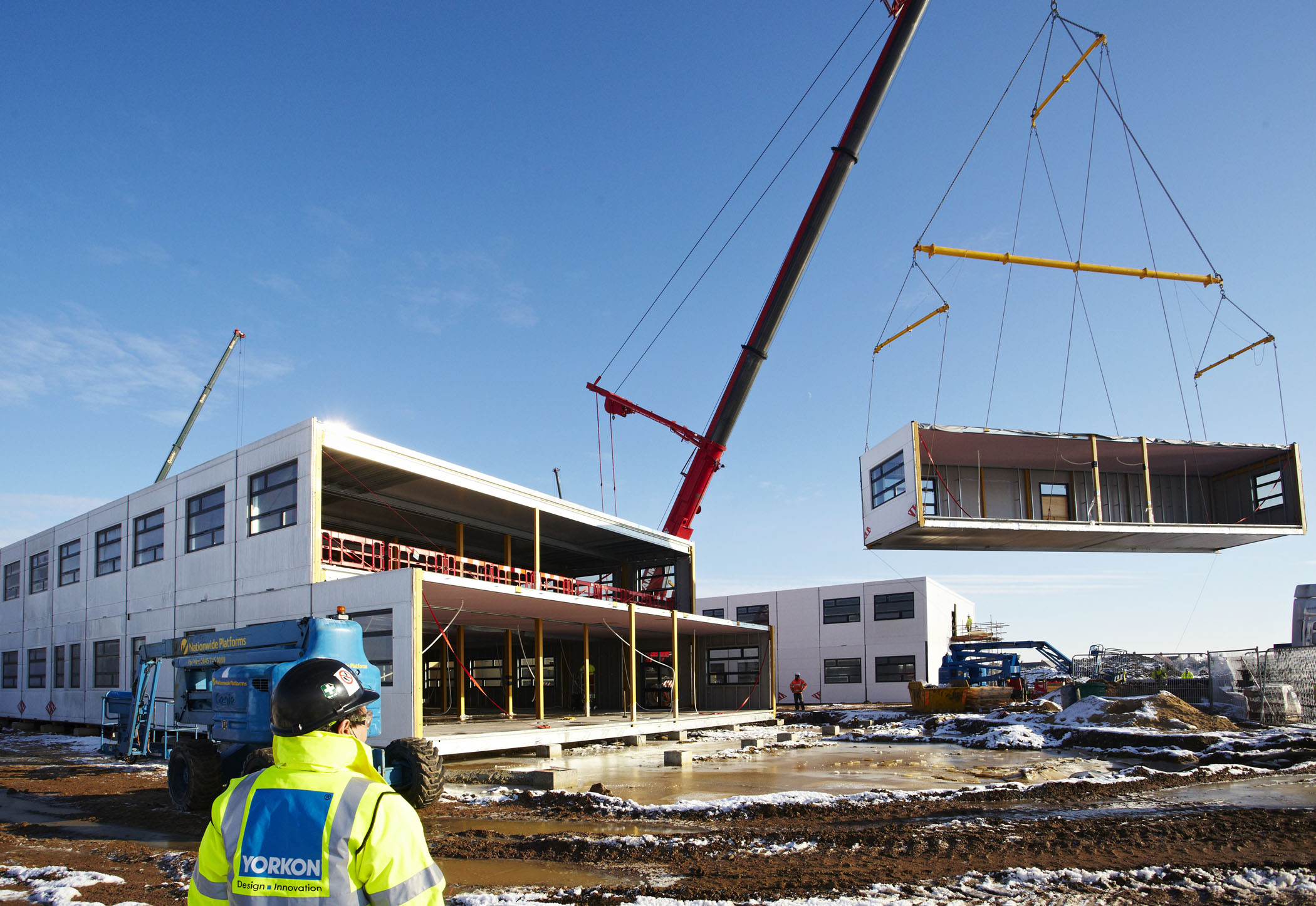 The phrase 'off-site construction' refers to the completion of elements or components of a construction project at a different location to where they will be permanently installed. Typically, this can involve planning, design, fabrication and assembly in purpose-built off-site factories. The completed item is then transported to site and assembled in place.

Off-site locations may be permanent manufacturing facilities, or 'flying factories', that is, temporary facilities that operate for the duration of a project and then 'fly' to a new location to service another project.

Off-site construction is often referred to as 'prefabrication', 'off-site manufacture' or 'modern methods of construction', and it may involve modular construction. It is most commonly concerned with permanent structures rather than temporary or relocatable structures.

Mark Farmer's 2017 report 'Modernise or die' adopted the term 'pre-manufacture' as '...a generic term to embrace all processes which reduce the level of on-site labour intensity and delivery risk', and suggested that this could range from '...component level standardisation and lean processes through to completely pre-finished volumetric solutions'.

Off-site construction has increasingly been promoted as a solution to many of the problems facing the UK construction industry. This is because of the significant time-efficiencies that can be achieved through using off-site techniques, as well as better safety, reduced waste, higher quality, reduced down time and so on.

Off-site construction is particularly suited to high-volume, repetitive components, or products that require factory conditions to achieve the desired level of quality. It is widely considered that housing should be an obvious target for off-site construction.

However, the initial set-up costs can be high, and it can be difficult to maintain a sufficiently consistent pipeline of demand to suit assembly line production methods. Transport costs can also be high. In addition, there have been lingering concerns regarding the label 'prefabricated' as a result of poor-quality mass-produced housing that was pre-fabricated following the second world war, as well as the Ronan Point collapse in 1968.

Modernise or die looked forward to a fourth industrial revolution underpinned by cyber-physical ‘smart’ production techniques, which it described as 'Industry 4.0’. However, it acknowledged that in many respects, construction has yet to achieve ‘Industry 3.0’ status, which would simply require large scale use of electronics and IT to automate production.

Retrieved from "https://www.designingbuildings.co.uk/wiki/Off-site_construction"
Create an article