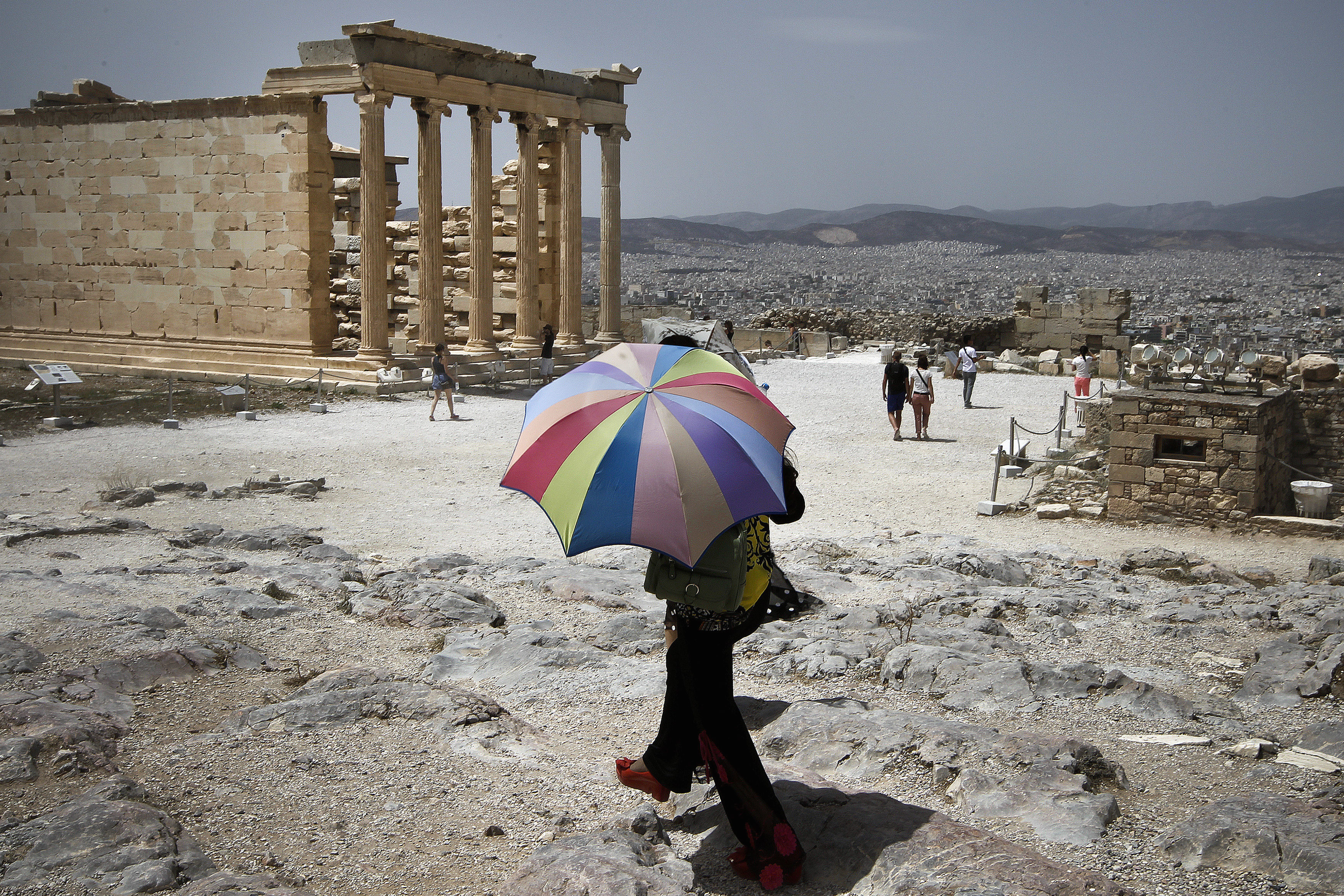 To the traveller or any visitor from a foreign land, it is the city that plays host and the characteristic of the cities that they recognise as representative of the country. Cities originated as trade, manufacturing or administrative hubs and survived as long as the trade or government was vibrant.

The biggest question facing city governments at the moment is how cities can accommodate more people without destroying the qualities that makes them attractive to people in the first place. 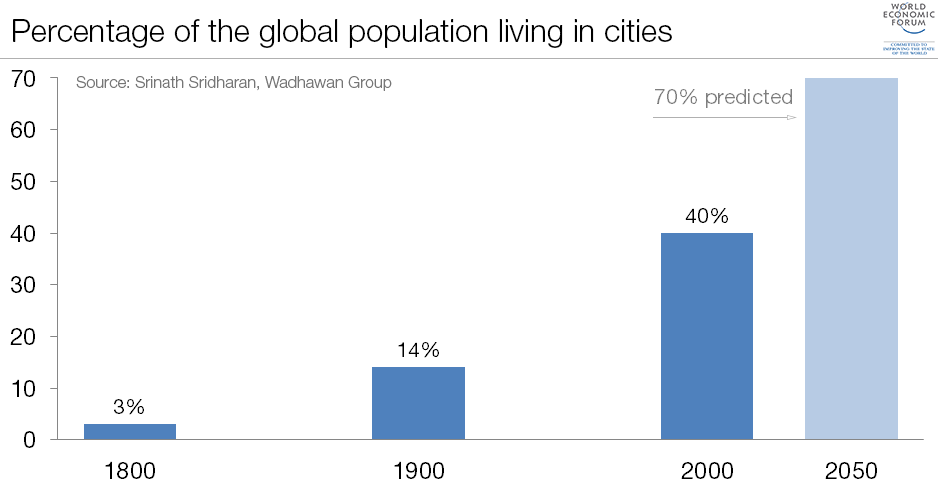 Cities first and foremost provide reduced transport costs for goods, people and ideas. A city makes the provision of public services easier. New York is able to provide uninterrupted electricity even during emergencies. It has world-class hospital and universities. The New York metro is financially viable because it serves a large number of people and the city boasts innumerable public spaces and cultural centres.

In the book 'City of Economics', Brendan O’Flaherty states that cities persist only if their advantages offset their disadvantages.

As transportation costs have fallen over the 20th century, the advantages conferred to cities by their strategic location have reduced. The future of cities depends on whether the substitutes to face-to-face communication will make the need for personal contact obsolete, or whether new technologies harbour the dawn of a more interactive era.

Singapore, London, Dubai, Hong Kong and New York are cities which transformed themselves with the third industrial revolution. They became the first truly global cities. They were already important centres of trade, but converted themselves into centres of global finance. 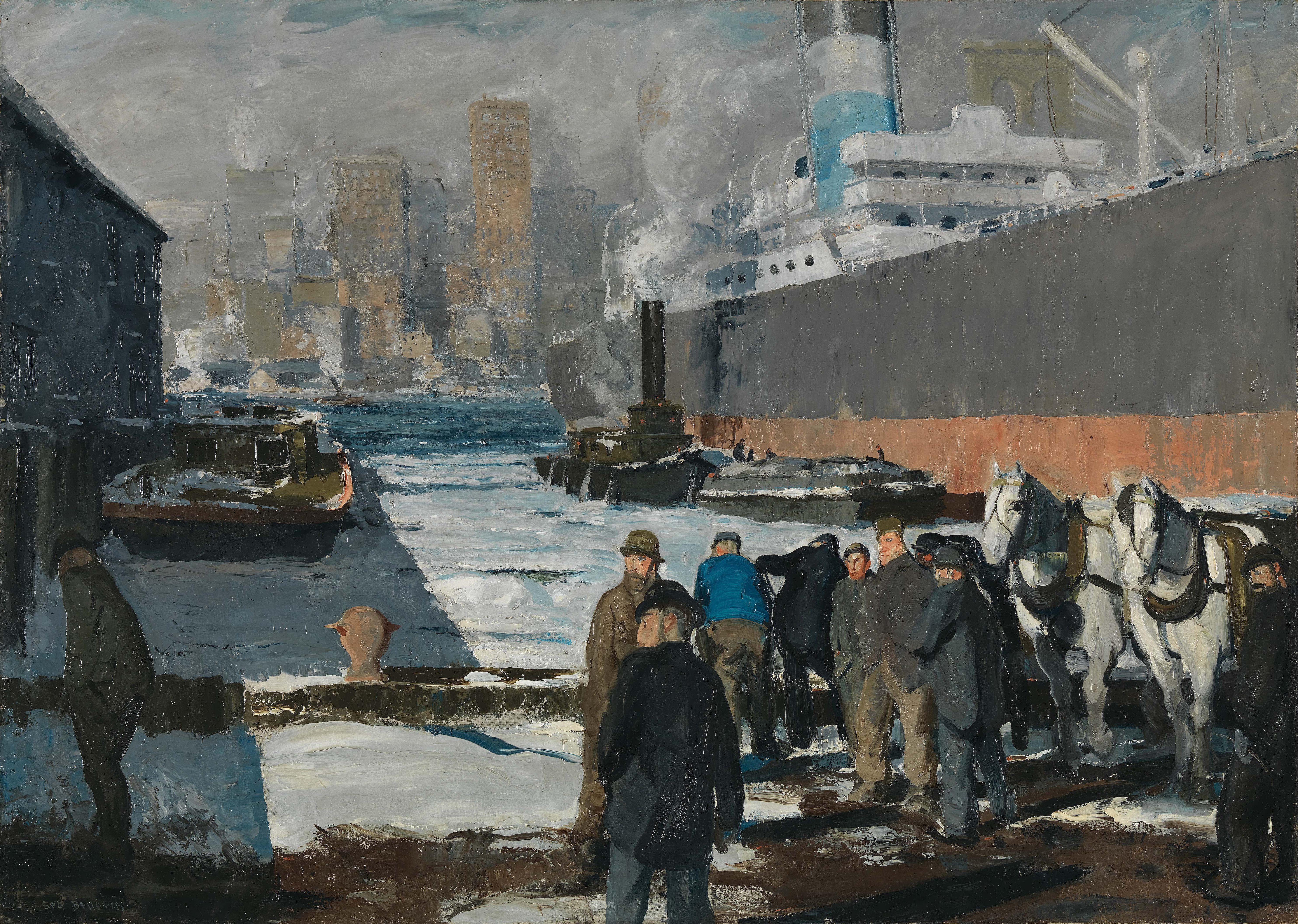 Shanghai and Shenzhen developed into mega-manufacturing cities even as manufacturing cities were dying out in much of the developed world. This was largely due to very benign conditions provided by the government in providing financing and infrastructure and of course a shift in global manufacturing to these cities because of the advantages they presented. As with older cities, they had the advantage of being ports and were able to project their influence via trade.

Silicon Valley and the cities of the future:

The fourth industrial revolution is not going to be loyal to location. There are no advantages to be had from proximity to seaways or land trade routes. Companies go where they find skilled people. People too will not be restricted. They will move according to their social and cultural preference and to places which offer the best opportunities.

The fourth industrial revolution refers to the industrial complex which is coming up based on the internet of things (IoT), artificial intelligence and big data. The environment will become more responsive because activities can be monitored in real time and the data thus generated can be used to improve service delivery.

Silicon Valley is the quintessential example of high-tech industrial agglomeration. Though it is not a single city, it aptly demonstrates the economics of proximity to ideas. By bringing together highly skilled people, the innovation feeds on itself and has become the global benchmark for innovation and experimentation.

Cities like New York have developed their own version of Silicon Valley, whereas cities like Detroit which did not change have stagnated and are dying out. This has lessons for the developing world as it rapidly urbanises.

Firstly, every city must identify its competitive advantage, be it manufacturing or finance. Secondly, this must be followed by targeted investments. For example, Dubai invested heavily to convert itself into an aviation, business and tourism hub. Thirdly, cities must have public spaces for people to interact – think of Central Park of the High Line in New York.

Finally, cities are nothing if not high density communities. This needs to be planned for in terms of health and transport requirements. They allow for a use of fewer resources like cars, greater sustainability of public transport and of course pricing.

Inequality represents the greatest societal concern associated with the 4th Industrial Revolution, as the biggest beneficiaries are the ones with intellectual and physical capital – the innovators, shareholders, and investors. Those purely providing labour may find themselves dispensable and vulnerable.

The fact that policy-makers and people are aware of such changes is a good thing. If we know about it, we can do something about it. People will re-skill themselves if they have the chance, and if they are aware of the upcoming changes.

There are already examples of smart cities that demonstrate what is possible. Barcelona’s CityOS technology platform constantly uses real-time data feedback from the urban environment to regulate energy consumption, water use and waste management. South Korea’s Songdo business district was created from scratch to have intelligence built into all its infrastructure. The path to building great cities is not easy, but the broad prescription for countries are similar.

How can we plan a fourth generation city?

The word 'planning' may have negative overtones, but it is essential for the survival and development of cities. For any change to happen, the political economy of the change is very important. People should demand public spaces, regulations allowing autonomous driving, and energy-efficient buildings.

Cities should not regulate to keep out companies like Uber but should regulate to allow access to self-driving cars. Those in charge should have the power and autonomy to make a difference. Authorities should be able to identify a long-term vision for cities with an analysis of strengths and opportunities. All this essentially depends on another lesson that the world can pick up from China: devolution of power.

Chinese mayors are all-powerful in their cities and are responsible for most of the local planning. They are handed corresponding responsibilities over revenue generation for their projects and their implementation. The performance of a mayor is measurable via specific targets like GDP growth, which could be replaced by, for example, number of students or carbon efficiency, depending on national priorities.

A city’s vibrancy first and foremost derives from economic activities. Cities need to leverage their competitive advantage to compete globally and not just within a country. They need to make themselves attractive for people to move to. The second most important factor is connectivity – that is how cities accommodate the movement of people including mass transit, highways and airports.

In the modern world, digital connectivity is equally important, along will the ancillary infrastructure like reliable electricity. Thirdly, cities need to look at the social fabric in terms of income distribution, access to governance and commerce, healthcare, education and security. And finally cities should be sustainable, which involves planning for renewable energy, water security, waste management and air quality.

Only our imagination limits the capabilities of a fourth generation city. It can have autonomous shared cars, autonomous public transport systems, which responds when demand peaks to serve up extra trains and buses. It can have smart, energy-saving technologies. The possibilities are limitless.

Retrieved from "https://www.designingbuildings.co.uk/wiki/What_will_a_fourth_generation_city_look_like%3F"
Create an article