The Living City: Rethinking our role in the Digital Age

On 23rd May 2017, Designing Buildings Wiki attended an open discussion event as part of the ‘City Conversations’ series staged by The Happold Foundation. 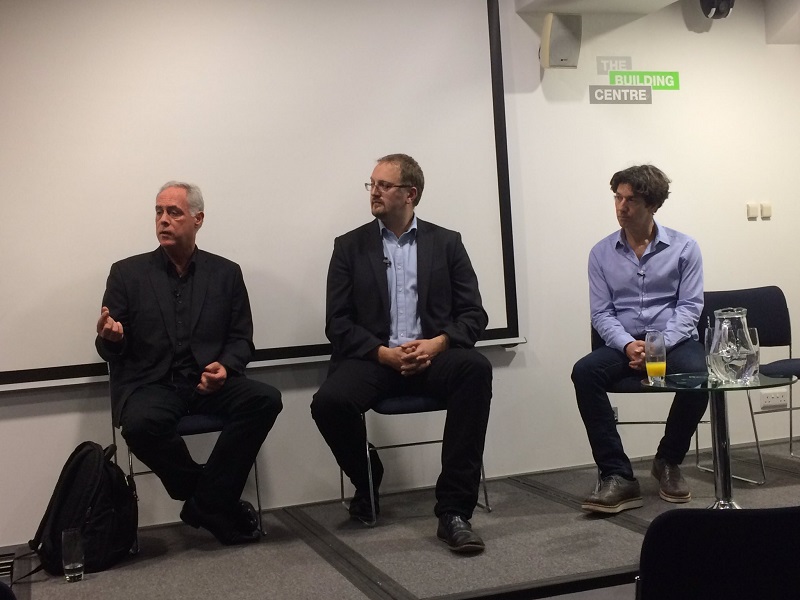 The living city consists of four elements - governance, environment, urban development and community - combined with a new layer of so-called 'smart' infrastructure which can sense, communicate, process and respond to enable a richer interaction with the urban realm. The potential for a smart built environment is huge but so far, cities have largely failed to make the promised leaps forward.

2017 marks the 25th year since the phrase ‘smart city’ was first coined, around the time of the Rio Earth Summit in 1992. Since then, the term has become almost ubiquitous. Persistence Market Research forecast that global growth in the smart city market will balloon from $622 billion to $3.48 trillion by 2026, multiplying fivefold in a decade.

Chairing the discussion, Robert Moyser, Engineering Director at Buro Happold, began by saying that cities are inherently complex, with a range of factors influencing them every day at multiple touch-points, often at the same time, influencing a variety of users at varying degrees of intensity.

Moyser suggested that a value model is needed to counter the industry’s short-term, low-risk mentality. He asked “Do we know enough about what citizens want from their city?”, and argued that the feedback indicates, probably not. “Many citizens feel they have very little opportunity to engage with their city development, unless it is by objecting. Built environment professionals rarely ask end users what they would like from urban design developments. We need to learn from other industries such as digital media, product design, etc”.

Matt Gee, director of Isobar (a global full service digital agency), said that in the era of disruptive technologies such as Uber and Airbnb, the emergence of artificial intelligence (AI) is a powerful disruptor, with the ability to turn large amounts of information and into a service (such as a robot lawyer).

Gee said that smart cities need people to generate a tide – people are the fuel. He highlighted four key factors as; talent, insight, data and engagement. Engagement being particularly crucial since top down management has so far failed to realise ambition, and we can only achieve success through creating mutually beneficial environments.

In terms of leveraging smart city data into, not just infrastructural, but consumer-facing propositions he gave the example of Nike who developed a website enabling users to log their runs, with a growth strategy that gradually releases products that benefit the consumer, thereby creating a personal fitness ‘ecosystem’, iterating and evolving over time. He made the point that the “data is the value in the middle that helps improve and enhance the system.”

Steve Lewis, CEO and founder of Living PlanIT, said it was important to understand how and what people do on a day-to-day basis. Only then can decisions/inventions be delivered at the time it matters.

Lewis said that as a country, “we complain too much, rely on public money too much”, and argued that there were lots of things that could be done as citizens, entrepreneurs and innovators, to help development.

He made the point that what is relied on daily in the home has changed dramatically over the past 20 years, not due to the role of government, but mostly to do with capital. He said “when you look at what’s happened to the leading firms and how money gets recycled – the way capital gets used is shifting a lot. We in the UK have to look in the mirror; we are lagging far behind China, India, southern Pacific countries.”

When asked about his ‘best in class’ example from around the world he highlighted Singapore, which he said, holistically had the “most dots joined” at present.

Lewis argued that the key to development was in lots of little innovations at a fast pace, fail fast, recover and continue. He said; “The space programme revolutionised the way we think about so many things because it pushed the boat out so far in the race against the USSR.”

Bill Clee, founder and CEO of Asset Mapping, spoke about a trial project being run in Manchester, where field workers are able to visualise the real-time location and status of the assets on site. To put it in context:

According to Clee the issues dominating smart cities are “nothing to do with tech, all about understanding problems and coming up with workable solutions.”

Building on this point Steve Lewis said that there are no silver bullets; “we have to work collectively to solve the problems that we face – technology is moving very fast, much faster than government policy.”

Matt Gee agreed with this, saying “just forge the connections and do stuff rather than wait for government policy... We know smart cities have great potential but it is very early stages. It’s about building small connections now that will eventually lead to bigger things. We can’t think big picture because it’s too big. Focus on the smaller connections instead.”

Retrieved from "https://www.designingbuildings.co.uk/wiki/The_Living_City:_Rethinking_our_role_in_the_Digital_Age"
Create an article