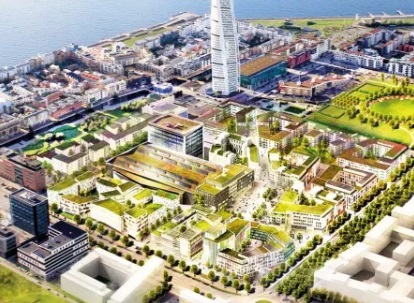 The concept of garden towns or garden villages was first introduced in the UK in 1898 and has continued to modestly grow ever since to be defined as: a free standing, self-sustaining, high quality urban space that can address the housing issues, and is led by the local authority and supported by the community.

While garden villages/towns are universally seen as a good idea, their relatively slow growth is down to the existing ones failing to be the utopia they promised to be. This discouraging outcome rooted in lack of a mechanism that considers all social and technical impacts of a new development in its context in a wholesome manner.

In March 2016, the government announced plans to support 14 new garden villages. In this article, BRE analyse some of the most common problems that garden villages/towns are criticised for and their respective solutions:

Garden villages/towns have been often criticised for not respecting or retaining the original characters of the locale they are developed in.

Every region and community holds its own unique characteristics and vernacular. Continuity between architectural style and building design within the development and the surrounding area will create coalition between the existing and new residents which in turn adds value to the quality of life within that community.

Injecting a new neighbourhood with its own facilities and potentially brand new occupants into the countryside, requires a great deal of scrutiny into the existing and local features through studying the surroundings and consultation with stakeholders and community representatives.

BREEAM Communities scheme has an assessment issue worth of 2 credits dedicated to the subject of Local vernacular to confirm that the development relates to the local character whilst reinforcing its own identity through a few practical steps.

Concentrating new homes in purpose-built new towns or villages, has a twofold effect on infrastructure:

Firstly, services and infrastructure (such as new drainage systems and gas and electricity services etc.) are built as part of the development which upsets people who live nearby in numerous ways if not done properly. Power loss, road closures, interrupt to customer supply or unnecessary expenses are some of the unwelcome outcomes of the inefficient structure for the existing/surrounding communities.

This is addressed under BREEAM Communities’ Utilities assessment issue where 3 credits are awarded for providing ducting and access point for services and also for service providers’ coordination to ensure that installation and maintenance would not interrupt consumers’ supply.

The notion of considering communities needs and requirements in terms of services and facilities and also delivery of these is visited in a few assessment issues within BREEAM Communities at the very early stages of development.

Milton Keynes, as one of the first new age garden towns, has over the years been criticised for its grid of broad roads that steers the residents towards driving their cars rather using public transport. The grid also frustrates developers by taking up more space than a traditional city street despite the fact that it distributes traffic.

Other garden villages, on the other hand, seem to have been unable to cope with the traffic load due to poor or no evaluation of the infrastructural needs of a newly built community.

Both of the above cases have led to unhappy stakeholders, whether that’s the community or the local authority. Whereas an early consultation with the stakeholders alongside an assessment of the transportation situation in the area followed by a design review in line with the results, can prevent either of the above issues.

To achieve this BREEAM Communities provides step by step guidance to:

Overloaded schools and surgeries and lack of essential facilities such as shops, post office, banks etc. and absence of green infrastructure are some of the other issues that have made garden cities movement unsustainable. These are all as a result of lack of consideration to demographic needs in general which, is the core of BREEAM Communities methodology.

Undeniably there are other types of hurdles to building a practical garden village/town. However, with the government’s financial backing, lessons learned from the previous projects and the sciences within the Communities assessment methodology, now is the right time to create garden villages that are, more than ever, environmentally, socially and economically sustainable.

The most commonly accepted number of homes the UK needs to be building each year, in order to meet future housing need, is 240,000. Despite the small increase (6%) in the number of the newly built homes in the past year, we are far from achieving the above, hence the government backing of the garden villages.

However, the housing crisis is not about how many homes we can build each year, it is about how many of these homes are affordable, habitable and practical for the people, the community. This is where the politically sponsored, sustainably created and socially approved garden villages/towns come into play.

This article was originally published here by BRE Buzz on 11 May 2017. It was written by Rose Pourmatin.

Retrieved from "https://www.designingbuildings.co.uk/wiki/BREEAM_communities"
Create an article