Rogers Stirk Harbour + Partners' design for 3 World Trade Center (3 WTC) was unveiled in September 2006. In July 2010, foundation work began and in March 2012 the ground floor slab was completed. Steel erection began in June 2012 and glass curtain wall installation began in May 2013. The building opened in June 2018. 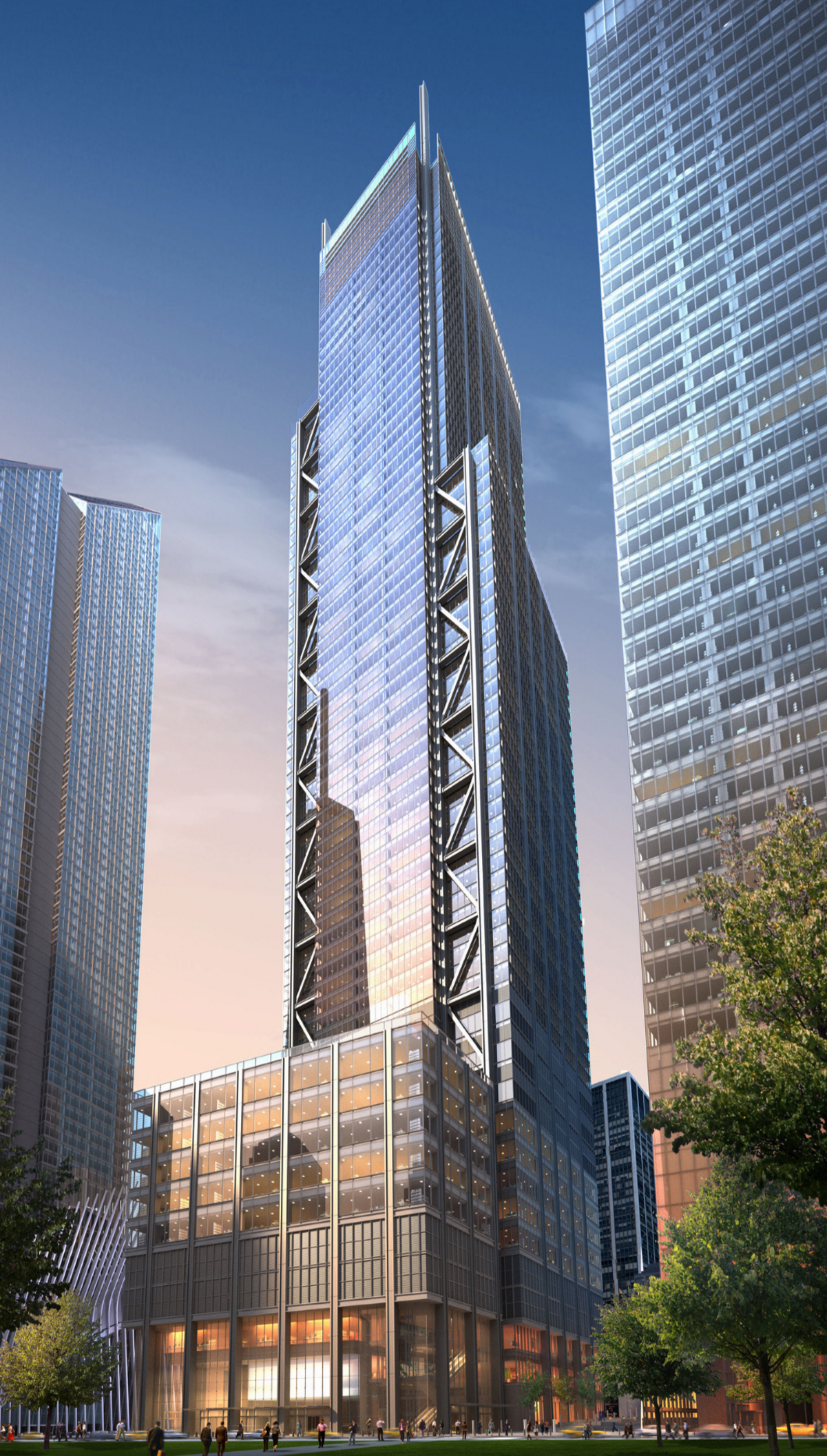 The masterplan for the World Trade Center (WTC) site in Manhattan, New York, was designed by Studio Daniel Libeskind and focuses on the memorial – two reflecting pools in the centre of the site.

The architectural concept for 3 WTC was realised as part of the wider context of the WTC masterplan, and represents a resolution of the varying requirements of the New York Port Authority and the client, Silverstein Properties.

3 WTC is on a site bounded by Greenwich Street to the west, Church Street to the east, Dey Street to the north and Cortlandt Street to the south. It is opposite the WTC Memorial and Cultural Center, and at the heart of the cluster of buildings which surround the memorial. The brief for 3 WTC outlined the building’s function as the site’s commercial core. The tower had to address the issue of balancing retail and office space, while also complementing and acknowledging the WTC memorial.

The central zone of the building has been reduced in mass as it rises towards the sky. The effect is a stepped profile which accentuates the building’s verticality, relative to the memorial site and is sympathetic to the height and positions of the neighbouring buildings. Antennae emphasise the height and slender profile of the building both in the local context, and as part of the Manhattan skyline.

The design includes five trading floors, 54 office floors (totalling 2.1 million sq ft (195,096 sq. m)) and five retail levels, as well as eight mechanical floors which serve the trading and office floors, 37 passenger lifts and two principal stairwells. The lower part of the building – the ‘podium building’ – contains the tower’s retail element and the trading floors. The upper levels of the tower hold the office space. ‘Live’, active façades, at street level, will enable the free-flowing movement of shoppers. There will be two below-grade retail levels and three retail levels above the ground floor, served by two lifts and four stairwells.

To maximise sustainability in terms of the building’s day-to-day functioning, similar ‘green design’ features as those included in the design of 7 World Trade Center have been incorporated. The design will aspire to LEED ‘Gold’ Certification for Leadership in Energy and Environmental Design from the U.S. Green Buildings Council. 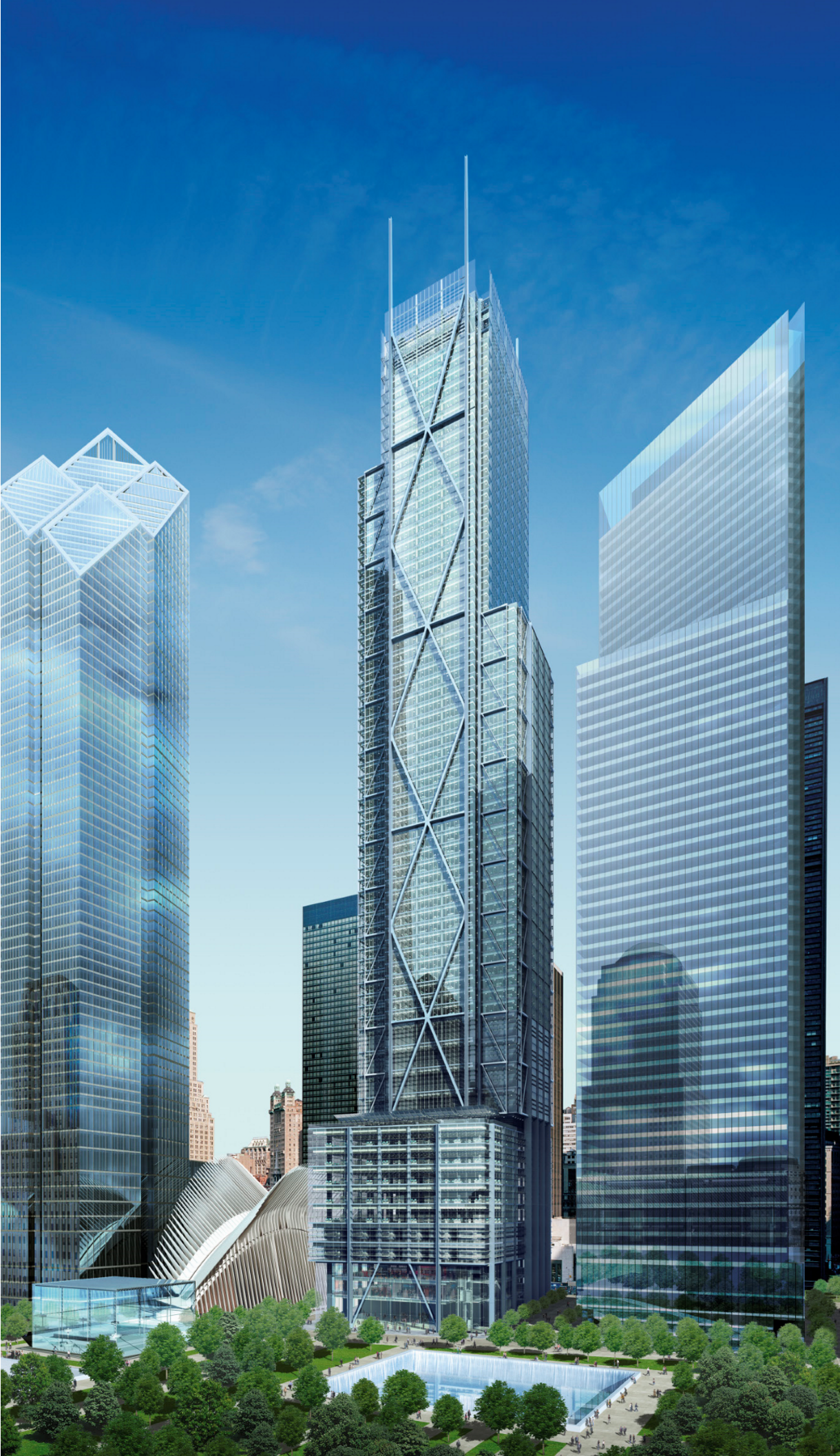 Silverstein Properties chairman, Larry A Silverstein and Richard Paul, partner in charge of the project at RSHP, were joined by 1,000 construction workers and leading New York government, civic and business officials to mark the completion of the concrete construction.

The final concrete bucket, adorned with the same American flag as was used at the Topping Out of towers 4 and 7 World Trade Center, was raised 329m in the air and placed at the top of the 80-storey tower.

Larry Silverstein said: “Today we celebrate New York’s construction workers whose dedication and determination have helped us reach a great milestone – 3 WTC has reached its top height and the concrete core is now complete. It also reminds us of how far we have come. 3 WTC will be the newest addition to a neighbourhood that has been amazingly transformed and revitalised. Downtown Manhattan – with its new train stations, shops, restaurants, parks and residents – has become New York’s most dynamic live-work community”

Richard Paul, partner in charge of the project at RSHP said "It goes without saying that Larry's resilience and fortitude in his vision to rebuild Ground Zero have never wavered and been a lesson to us all. The Topping Out ceremony at 3 WTC marks a significant milestone in that journey.”

Richard Rogers said: “Larry Silverstein has been a powerful and visionary client determined to bring back both commerce and vitality to this key neighborhood. 3 World Trade Center stands next to the new train station making commuting easier and more environmentally sustainable. The tower stretches up to the sky. Its form celebrates and expresses the language of construction and technology which gives it scale, light, shadow and verticality.” 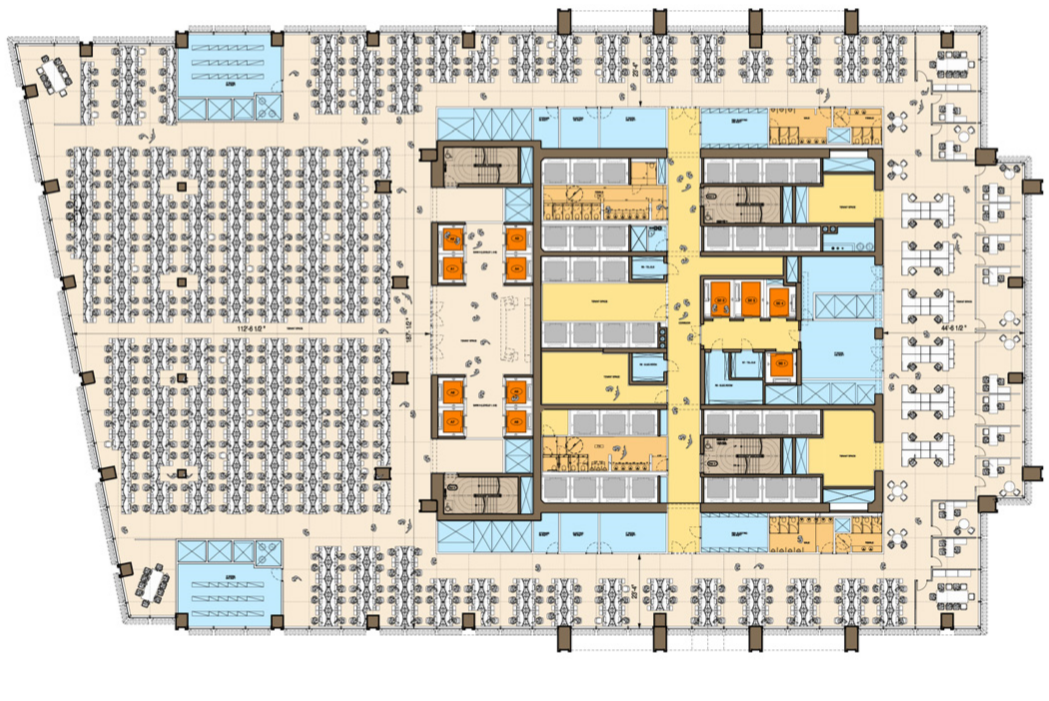 In April 2018, new images were released of the completed tower ahead of its opening in June. The 330m-high (1,080ft) building is the fifth-tallest in New York City, and features the tallest private outdoor terrace in Lower Manhattan. 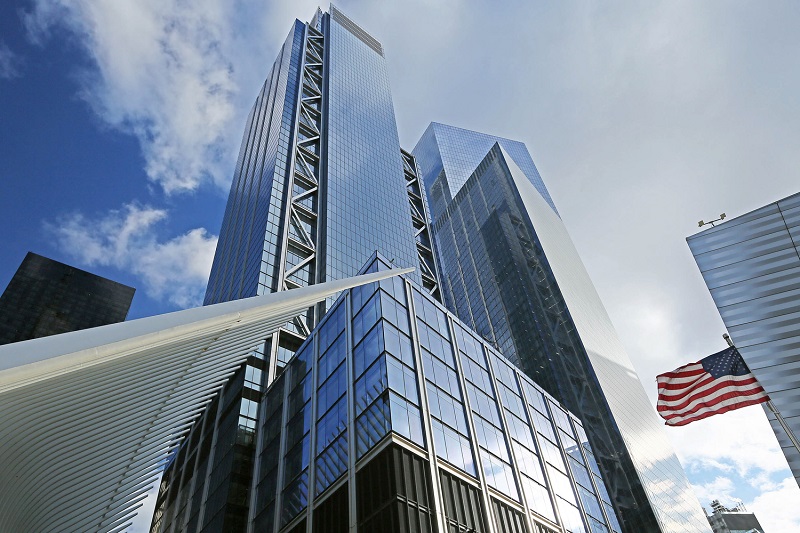 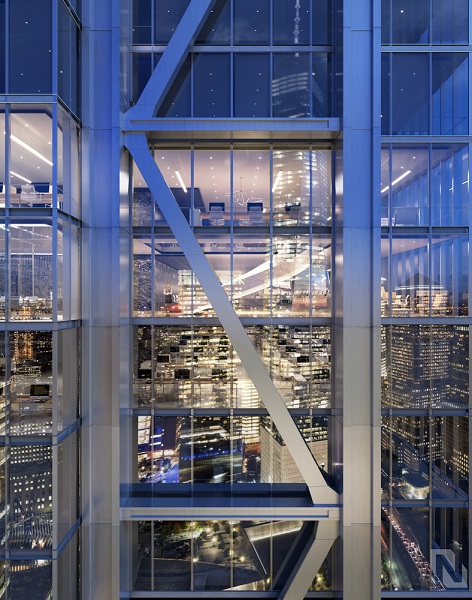 Richard Paul, partner and project lead at RSHP, said that the views from tower three's outdoor terraces promise to "wow". The 17th floor terrace will be open to the entire building and is expected to include a garden and coffee shop. Group M, the principal tenants, will have access to the 60th and 76th floor terraces, the latter of which will be the tallest outdoor terrace in the city.

Paul said in his speech that he is confident the tenants will have enough space to come up with great ideas and create their own culture, and that “...more companies will want to set up shop in the tower and be part of downtown Manhattan’s booming community.”

He went on to say; “Tower 3 in the heart of the World Trade Center site is an exceptional location within the revitalised urban fabric of Lower Manhattan. It makes a significant step towards a new sense of place in New York’s World Trade Center. The new workplace will bring vitality to the area and with the extensive public realm, a new sense of urban integration.”

Richard Rogers, founding partner at RSHP said; “It has been a great privilege to design one of the new buildings on this key site in New York. We are particularly delighted that we have been working in the heart of this vibrant city. This was a complex and challenging project but one which has helped to contribute to the revitalisation of New York City and one which will help to inspire a new hope for the city’s future.”

It's a big glass and steel tower in lower Manhattan by a famous architect and is part of the rebuilding project of the World Trade Center site. But this article fails to tell us why this building is exemplary. One would expect some critical appraisal not merely a puff PR.