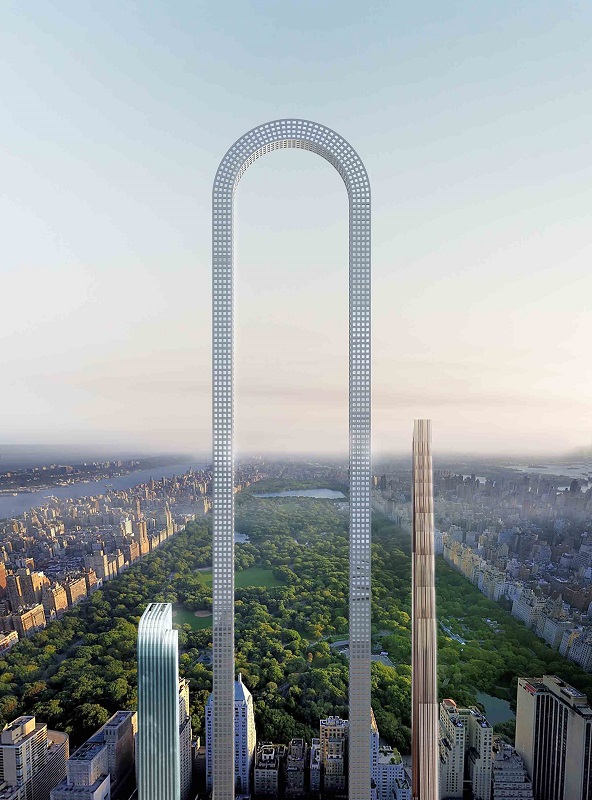 In March 2017, architecture studio Oiio released designs for an ambitious skyscraper in New York City. The concept of The Big Bend grew from considering what would happen if New York substituted height with length, and what if buildings were long instead of tall?

The Big Bend would be formed from a very thin structure that would bend all the way over at the top before returning to the ground. At 4,000 ft, Oiio have called their concept ‘the longest building in the world’.

The design was prompted by New York City’s zoning laws which enable real estate companies to purchase air rights from neighbouring buildings, allowing for a new upsurge in super-slender towers that build taller and taller on relatively small plots. The Big Bend would fit into narrow plots on either side of existing buildings over which it would bend. 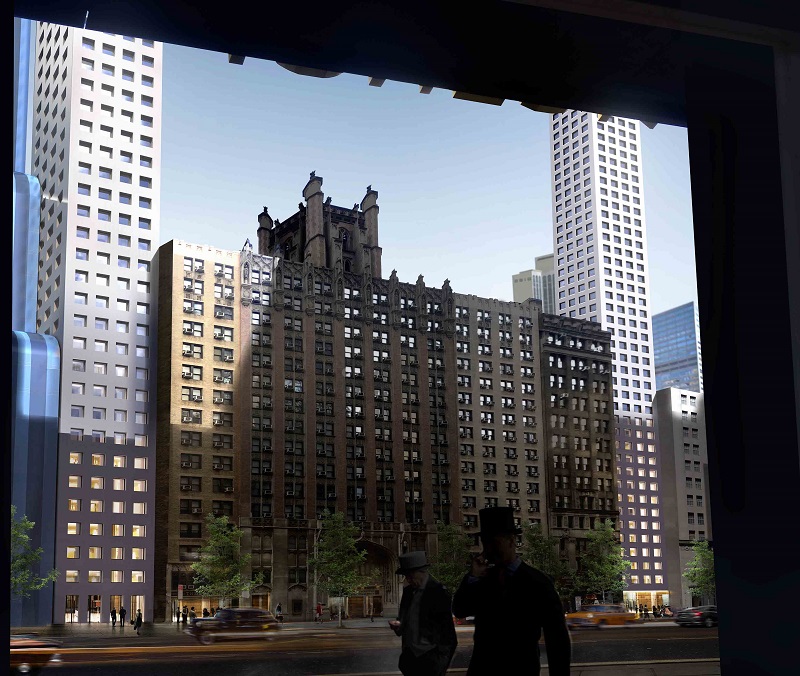 The designs show The Big Bend placed among the luxury apartment towers currently proposed and under construction at the southern edge of Central Park, commonly referred to as ‘Billionaire’s Row’.

The firm claims that ‘what was once considered to be the greatest challenge in elevator history is finally becoming reality – the elevator that can travel in curves, horizontally and in continuous loops.’ The innovative track-changing system allows for the horizontal connection of two shafts on the top and bottom to create a continuous loop. 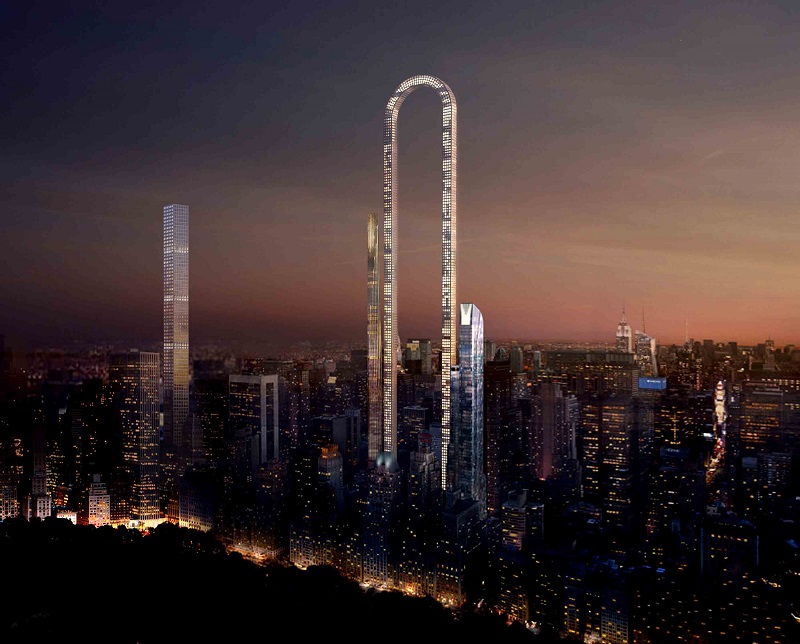 Retrieved from "https://www.designingbuildings.co.uk/wiki/The_Big_Bend,_New_York"
Create an article