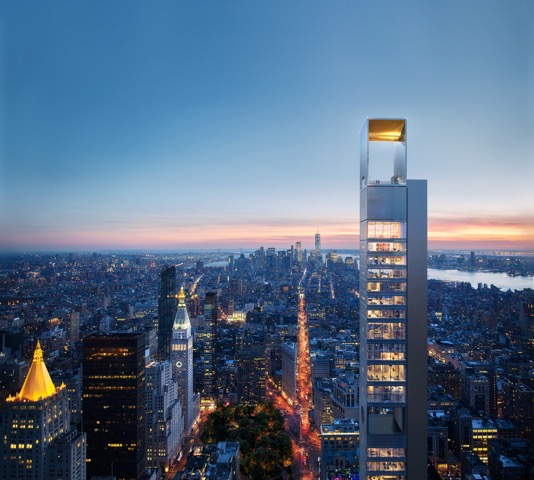 In May 2017, the Moscow-based architectural practice Meganom released plans for a new slender, supertall tower on Fifth Avenue, Manhattan.

Meganom describe the development as ‘...unlike anything else built in New York’ and have claimed it will include several firsts in terms of its design and environmental sustainability.

The skyscraper will reach a height of 305 m (1,001 ft) and occupy a site spanning from 260 to 264 Fifth Avenue, with two vacant structures being demolished to make way for it. An historic 12-storey limestone building will be integrated into the tower’s base.

The design for the ‘skinny’ tower includes an eastern façade featuring oversized, perforated porthole windows, while floor-to-ceiling windows on the north and south facades will offer residents amazing views over Manhattan. The tower will be wrapped in aluminium and glass, topped by a rectilinear crown serving as an observation deck.

The structural system comprises a mechanical core running up the western side of the tower (rather than the centre), allowing unobstructed, column-free living spaces. This, the firm claims, is ‘unprecedented in a New York high-rise’. 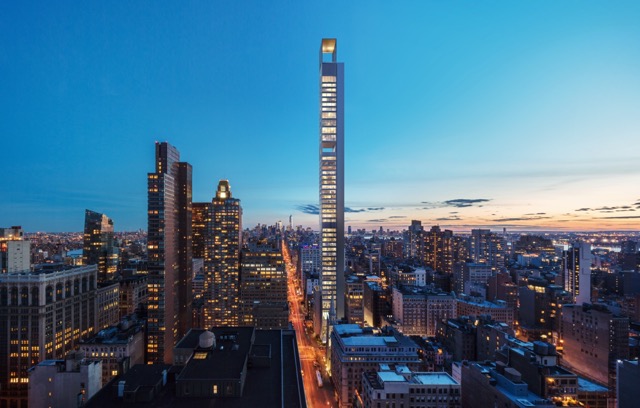 Retrieved from "https://www.designingbuildings.co.uk/wiki/262_Fifth_Avenue"
Create an article