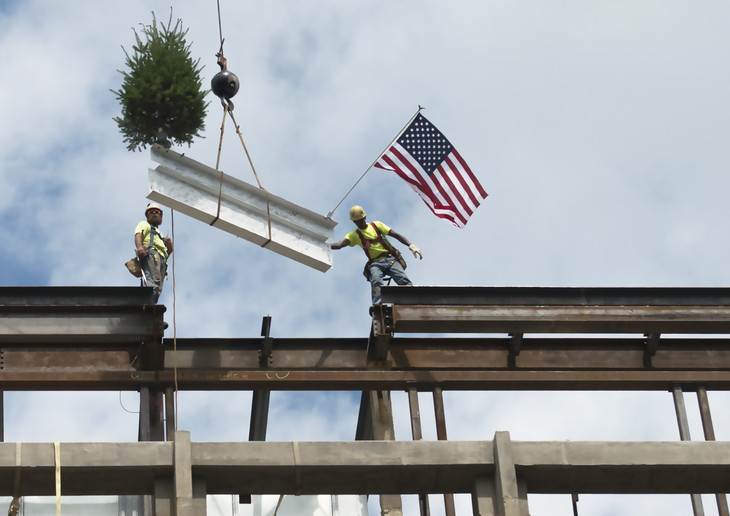 The term ‘topping out’ refers to the installation of the final piece of structure, or the completion of the roof on a building, bridge or other large construction. It signifies that the structure has reached its maximum height (not that the project has reached completion). In the UK, topping out may be marked by the installation of a plaque or other feature recording the occasion and is often used as a PR event for the media.

The significance of topping out is believed to date back to pre-Dark Age Scandinavia, where folklore suggests there was a practice of placing a tree on top of a new building to appease the tree dwelling spirits of their displaced ancestors. This became a celebration as large numbers of the community would often assist with completing a new building, and it was a way the building owner could show their appreciation. The Scandinavian invaders of the mid-to-late 8th century, introduced the practice to England.

In 14th century England, topping out ceremonies were marked by a yew tree branch being placed at the highest point of the building. Such occasions were included in the writings of the poet Geoffrey Chaucer. Often the personal flag of the owner would be hoisted on top of the building once the shell was complete.

In modern construction, topping out ceremonies are celebrated in different ways around the world:

Media representatives are often present at topping out ceremonies on major projects, invited to attend in order to generate interest in the project, as well as celebrate its progress and the achievement of the construction team.

Very nice article. I only wished for a picture of the tree in the top of the Scandinavian construction, since it might be an outstanding image!