The British Property Federation (BPF) is the membership organisation for, and the voice of, the UK real estate industry. It aims to represent and promote to government and regulatory bodies the interests of all those with a stake in real estate in the UK – owners, developers, funders (equity and debt), agents and advisers.

Designing Buildings Wiki sat down with BPF Chief Executive Melanie Leech to discuss some of the wide-ranging issues facing the real estate sector today - from tackling the housing crisis with the 'win-win situation' of Build to Rent, to the impacts of Brexit, and the possibility of a future asset bubble.

Before the Food & Drink Association I was in the civil service for most of my career, so what I’m interested in is public policy and how you shape policy, legislation and decision-making around big challenges.

Both food & drink and real estate are sectors that are absolutely central to the quality of our lives, as well as being important for economic success. Commercial real estate contributes about £95 billion each year, but there’s also the ‘value-add’ of creating infrastructure which enables us to be more productive, as well as creating great places where people work, live and play, and the contribution that can make in terms of social cohesion.

ML: We are incredibly supportive of investment in infrastructure (although we don’t tend to champion individual projects) and the recent announcements are a very welcome statement of commitment.

Though important, it’s not just the big headline projects; quite often it’s the smaller investments that can unlock particular sites and make a real difference to local communities country-wide. 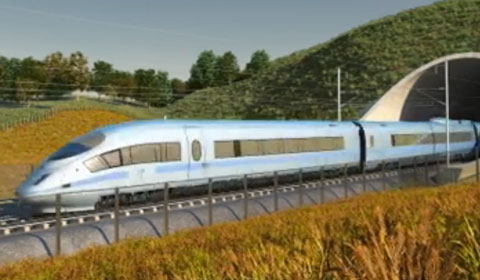 ML: There are a number of key themes that we are trying to promote with Build to Rent. The first is that rental is now the second-largest form of tenure in the UK. To focus on increasing supply to tackle the housing shortage, you have to increase property across all tenures.

Secondly, Build to Rent brings in genuinely new investment to housing. As a concept, it is interesting to long-term investors like pension funds that want a long-term income stream, and like the social contribution of high quality rental.

Finally, you can deliver rental accommodation more quickly than houses to buy, so if you want to tackle the housing shortage - driving early implementation of housing, bringing in new investment and delivering more quickly, seems to us to be a win-win situation for the government.

ML: You have to separate out Build to Rent, which is by-and-large about institutions building high quality residences in a managed block of hundreds of units, from traditional landlords who are often involved on a much smaller scale. Because the business model is very different, it’s quite hard to compete; you need things like covenants which make it clear that the land is for rental properties, and that helps to even out the playing field.

I think the 3% stamp duty surcharge is at the top of the list in terms of things that have dampened rather than helped to stimulate investment, so the government should really think about reversing that.

ML: Yes I think they are. Certainly over the summer and in the Autumn Statement, you’ve seen a focus away from demand-side measures, which were much more about helping people to buy up the supply that’s already there. Instead the government is now focusing increasingly on stimulating the supply-side.

I think we’re getting the message across that rental is an important part of the solution. We’re working very closely with the Housing Minister and the government to work out the best way in which they can stimulate that investment. 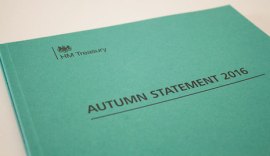 ML: Most large scale Build to Rent landlords don’t actually charge fees so I don’t think we, on their behalf, will be particularly concerned about that. But it will be interesting to see and work through the details because there will be costs bound up that need to be met somewhere along the line. But in principle, I don’t think we’re too concerned about it.

ML: We are supportive but it is early days. The government is trying to, and will, play a huge role in trying to drive adoption of BIM through its procurement policies. There are issues and concerns, things to be worked through around contracts, liability, cost, protecting intellectual property, and so on. 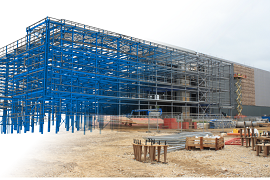 I don’t think we have an informed view yet about what the implications are. The early adopters have driven good practice and it works for them, but I think we’re some way from being able to say there is confidence and that those issues have been resolved in a way that will drive through general adoption at this stage. That’s not to say though that it isn’t an objective to aim for.

ML: Our concerns are pretty similar to those of our customer base: about access to skills and talent, making sure that we can ensure maintain construction activities, about our customers and their ability to move talent around in a way that they want to do, that means the UK will continue to be a competitive place for global companies.

It’s important to make sure that while we negotiate our exit from the EU we don’t put everything else on hold, there’s lots of stuff we can be doing. So we would say, on the one hand, protect our ability to employ talent, protect the UK’s (and London’s specifically) place in the global marketplace, and keep the foot on the pedal of all the good things that are going on at the moment.

Because these are all critical to our economic success post-Brexit; things like investment in infrastructure, maintaining a stable and competitive tax system, all of these things are more important than ever. 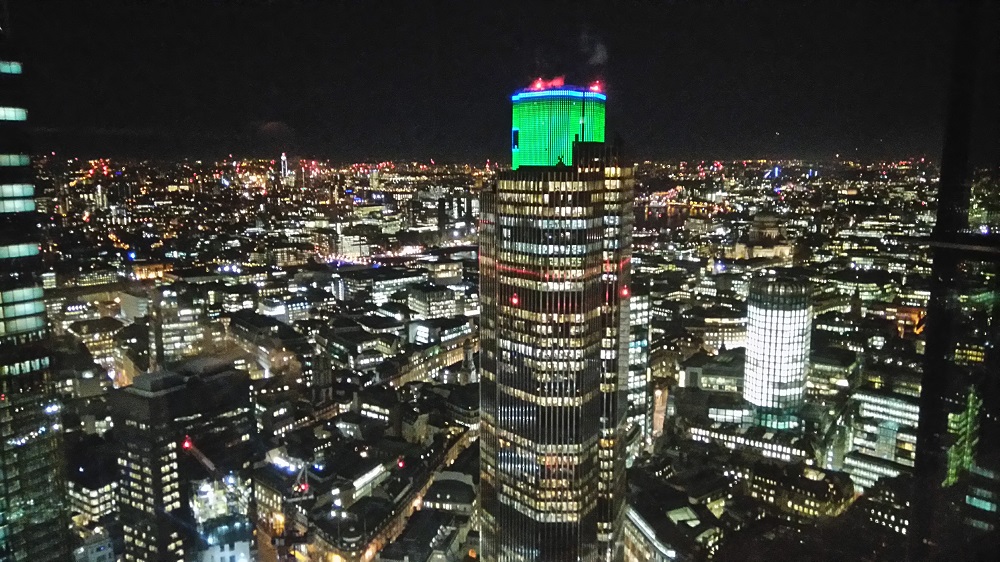 ML: It’s really very early to say for a number of reasons. For a start, it looks different across a number of sectors. There is a lot more uncertainty in the commercial office market than some others just because of all the issues that are up in the air.

If you look at the logistics sector, even accommodation, healthcare, housing; there is a lot less potential impact because we will still need to house people, still have an ageing population that will need to be cared for, etc. So it’s quite hard to know at this stage whether the impacts that we’re seeing in certain parts of the market are more than just current uncertainty.

ML: Really interesting actually. The idea of finding more innovative ways of public-private partnership will be key to a lot of the regeneration and investment that will need to go into towns and cities across the country. Anything that can be done, any new thinking around trying to make that easier for the public, as well as the private, sector is important and encouraging.

ML: It’s nowhere near the top of my list of concerns as I think investment into the UK is a good thing. It’s not surprising, with what’s happened with the currency in the last few months that London and the UK is an attractive place for overseas investors, but I think that generates all kinds of benefits across the economy.

Where it does become a concern for real estate is more to do with the reputational myths that go around; reports about empty residential properties in central London which really is primarily a Zone 1 problem but tends to distort perceptions of what’s happening in the marketplace, and of the value that foreign investment brings to the UK. 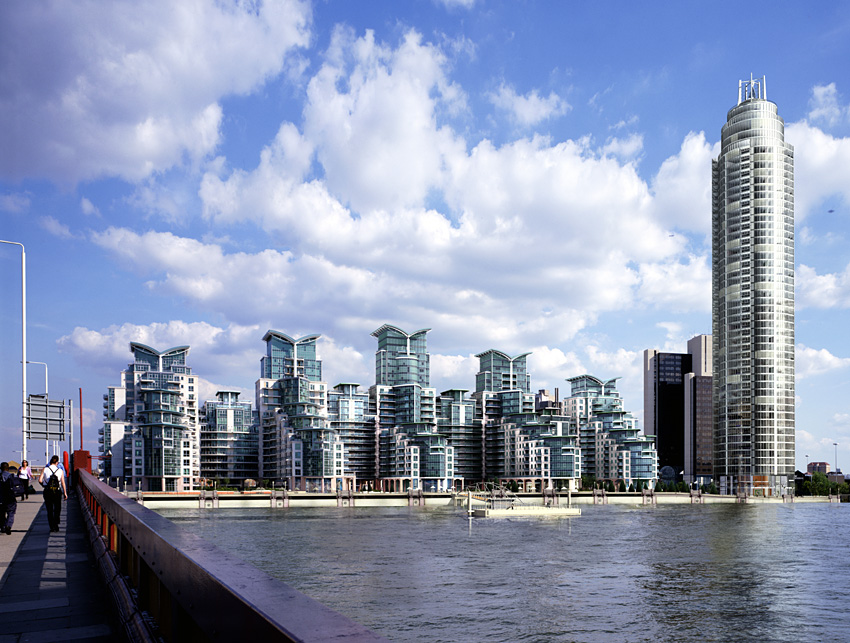 ML: Making sure we have a strong input into the government’s Brexit negotiations will be top of our list, but that unlocks a lot of things we would probably be focusing on anyway – skills in the industry, how we make an important contribution to productivity, availability of land, a stable tax system, making the planning system work better.

We’ve spent a lot of time in recent years building our profile in the regions, which will be important for us going forward as the devolution agenda continues to unfold.

More parochially, we have an internal change programme going on so that as an organisation we are properly representing our members’ views, trying to create more ways in which members can get involved with us, and drive an inclusive agenda. It isn’t a particularly diverse sector so we’re trying to do anything we can to help make it more attractive to younger people, minority groups, and so on. There’s a whole host of things going on!

For more information on the BPF see here.

Retrieved from "https://www.designingbuildings.co.uk/wiki/Interview_with_Melanie_Leech"
Create an article