[edit] From the outside looking in

[edit] What can we learn about the built environment by looking at it from space?

Since ancient times the heavens have guided and intrigued those looking up. Space has long been a catalyst for the imagination, and fertile ground for technological exploration.

In more recent years, science and technology have made tremendous progress in space. Traditionally the reserve of Governments, increasi

ng investment and the rise of private space companies have reduced costs, improved reliability, and increased the frequency of launches. 1000s of satellites now orbit the Earth.

Space exploration is producing new data sets, giving rise to new products and services, touching every corner of civilization: From the future of farming and food production, to better understanding the health of the Earth’s plant life and our changing climate.

The Global Methane Pledge, launched at COP26, will be supported by satellites which will track methane and carbon dioxide sources on Earth. In the built environment, smartphone and social media data from the ground can be combined with satellite data to better understand communities and infrastructure, and their impact on the planet.

Satellite data is not the only resource that space offers. Given the depletion of Earth’s natural resources, investment in new technologies will enable us to harvest vital resources from the cosmos. Science and technology could make it possible to boost our energy supply on Earth by capturing solar energy for use in orbital power stations.

We are in the early stages of an exciting era in human history!

The BSRIA Briefing 2022, held at the prestigious London Brewery, will address some of the key points currently being considered to maximise the benefits that space offers in the pursuit of quicker and more effective decarbonisation on Earth.

Our expert speakers will inform guests about the most innovative developments in space technology, its commercial aspects, and its amazing potential to help decarbonisation – along with the enormous challenges that need to be overcome.

Places are limited, so book now to avoid disappointment. 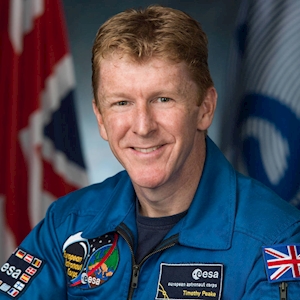 Tim was the first British ESA astronaut to visit the International Space Station. He launched on a Soyuz rocket on 15 December 2015 and landed back on Earth on Earth 18 June 2016 after 186 days in space.

During Tim's Principia mission to the International Space Station, he conducted a spacewalk to repair the Station's power supply. Other highlights saw him drive a rover across a simulated Mars terrain from space, taking part in over 250 scientific experiments for ESA and international partners and helping to dock two spacecraft to the Station. Over thirty education outreach projects were conducted during Tim's mission, which have reached more than two million students.

Tim is an ambassador for Science, Technology, Engineering and Maths (STEM) and works closely with the United Kingdom Space Agency (UKSA) and the UK government on their space, education and outreach programmes.

Tim sits on the Advisory Board for two 'new space' companies, Skyrora Ltd and Blue Abyss Diving Ltd. He was a founding member of the Defence Innovation External Advisory Panel in 2017, where he served for eighteen months. 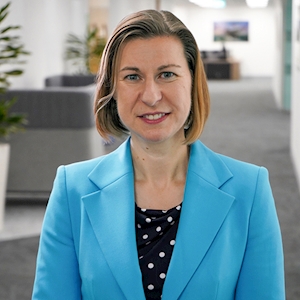 Elizabeth Seward has over 20 years of experience in the space industry and is Head of Strategy - Space for BAE Systems, responsible for strategic topics and direction across defence and civil space. Prior to this, she was Senior Strategist for the Space Systems division of Airbus Defence and Space. Previous roles at Airbus included leading the Earth Observation, Navigation and Science marketing team, thermal engineering and mission systems engineering in the future programmes team, where she worked on projects such as the first study for the ExoMars rover and a mission to return a sample from an asteroid.

Elizabeth is the chair of the Women in Aerospace Europe UK local group and previous executive board member. She is also active in the International Astronautical Federation, sitting on the Entrepreneurship and Investment committee, the Honours and Awards committee, the GEOSS committee and is a previous vice chair and continuing committee member of the Workforce Development and Young Professionals Committee.

As a STEM outreach ambassador, Elizabeth has presented to groups and schools, and has made appearances as a space expert in various media.

Elizabeth has an MPhys degree in Physics with Space Science & Technology from the University of Leicester.

The BSRIA Briefing 2022 takes place on 11 November. You can book you place at: https://www.bsria.com/uk/product/B6pjPn/bsria_briefing_2022_from_the_outside_looking_in_936b4763

Retrieved from "https://www.designingbuildings.co.uk/wiki/BSRIA_Briefing_2022"
Create an article