BSRIA Briefing 2019: A climate of change

In 2019, BSRIA's flagship annual event, the BSRIA Briefing, took place at The Brewery in London on 15 November. The focus of the 2019 briefing was: A climate of change – how future technology and improved processes could secure energy efficiency and wellbeing. 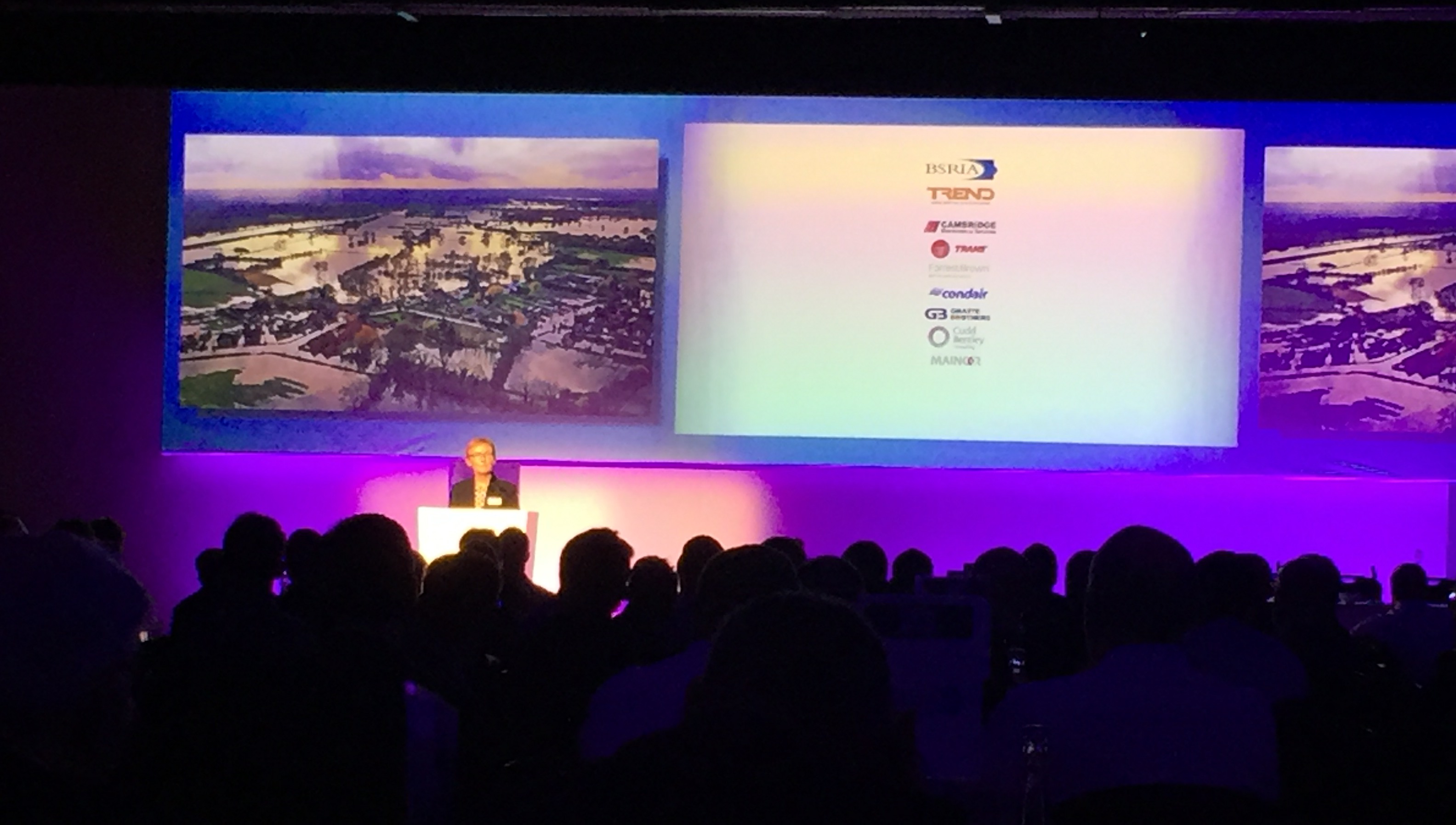 The event was introduced by Julia Evans, Chief Executive at BSRIA, who set the scene and emphasised the relevance of the subject given the unfolding flooding both in the UK and Venice. The changes we face will affect every part of our lives, and building services have a key role to play.

This year’s Chair was Mike Smith, recently retired Engineering Director at BSRIA and a leading figure at BSRIA for more than 30 years. He talked about the increasing importance of sustainability during the last 30 years and suggested that change is coming whether we like it or not.

The keynote speaker was Chris Rapley CBE, Professor of Climate Science at University College London. Chris described the impact of human activity on the planet, calling it a “shock to the system” that has upset the global energy balance. We are already experiencing a rise in sea level, and this and other environmental changes are setting off a chain reaction that will soon be impossible to stop. He suggested the current ‘leave it in the ground’ strategy was not working and that we are in danger of losing control. On the positive side, he acknowledged that sustainability has, at last, become a real political issue and called on the audience to consider what they can do as individuals to make a difference.

Paul Quinn from Clarion Housing Group talked about the circular economy, which he suggested is a business opportunity that will become equivalent in importance to sustainability in the next 5 years or so. It is already part of the criteria Clarion Housing Group use in their procurement process and it needs to be built into the DNA of every project. He talked about the Merton regeneration project and High Path, which will be used as a test case for material use, standardisation, modern methods of construction and design for deconstruction.

Marylis Ramos, Director at PRP Architects, leads sustainability and research, and said that whilst it used to be difficult to persuade clients to do more than just the minimum, now clients come to her with high aspirations. She introduced the concept of the 4th industrial revolution and highlighted the increasing importance of big data, the internet of things, artificial intelligence, smart buildings, wearables and the potential of digital twins for testing options and improving performance. She suggested we may be moving towards generative design, where we specify design rules rather than buildings, and then simply choose the best solution from iterated options.

A Q&A session following the first three speakers, focussing on the impact of policy and the building regulations and whether the growth of cities was a problem or an opportunity.

The second session started with a talk by Adam Mactavish from Currie & Brown. Adam talked about the opportunities of sustainability in the residential sector and suggested it was an exciting time for building standards. He pointed to the enormous strides made in the industry since the ill-fated zero carbon homes policy was introduced in 2006. The cost of photovoltaics has dropped significantly, the carbon intensity of the grid has reduced and heat pump technology has improved. He went on to talk about the Future Homes Standard and encouraged the audience to take part in the ongoing consultation.

The final speaker, Eszter Gulacsy from Mott MacDonald, talked about the trend for increasing servitisation, both within the industry and in the wider economy. This is the move from selling products to customers, to providing services. For example, the move by IBM away from selling computers to focus on supplying software services. She suggested that services can give a more steady income stream, they are less sensitive to competition and they have lower price sensitivity. In the construction industry, there has been increasing servitisation of facilities management, specialist design and even lighting, with Philips offering light as a service rather than selling bulbs. At the whole-building level, she suggested there was some way to go, and that the potential benefits of servitisation are often not realised.

The second Q&A session discussed assured performance contracting, the sustainable management of buildings and the connections between servitisation and the circular economy.

Dame Kelly Holmes, DBE, was the after-lunch presenter. A double Olympic gold medallist, Kelly became only the second woman in history to claim the 800m and 1,500m titles in the same games. She talked about the ups and downs of her career on and off the track and what it takes to achieve your goals. She said sport gave her an identity and the army made her feel she could have a career. She also talked about the importance of mental health and wellbeing and suggested the construction industry has a long way to go in this area. 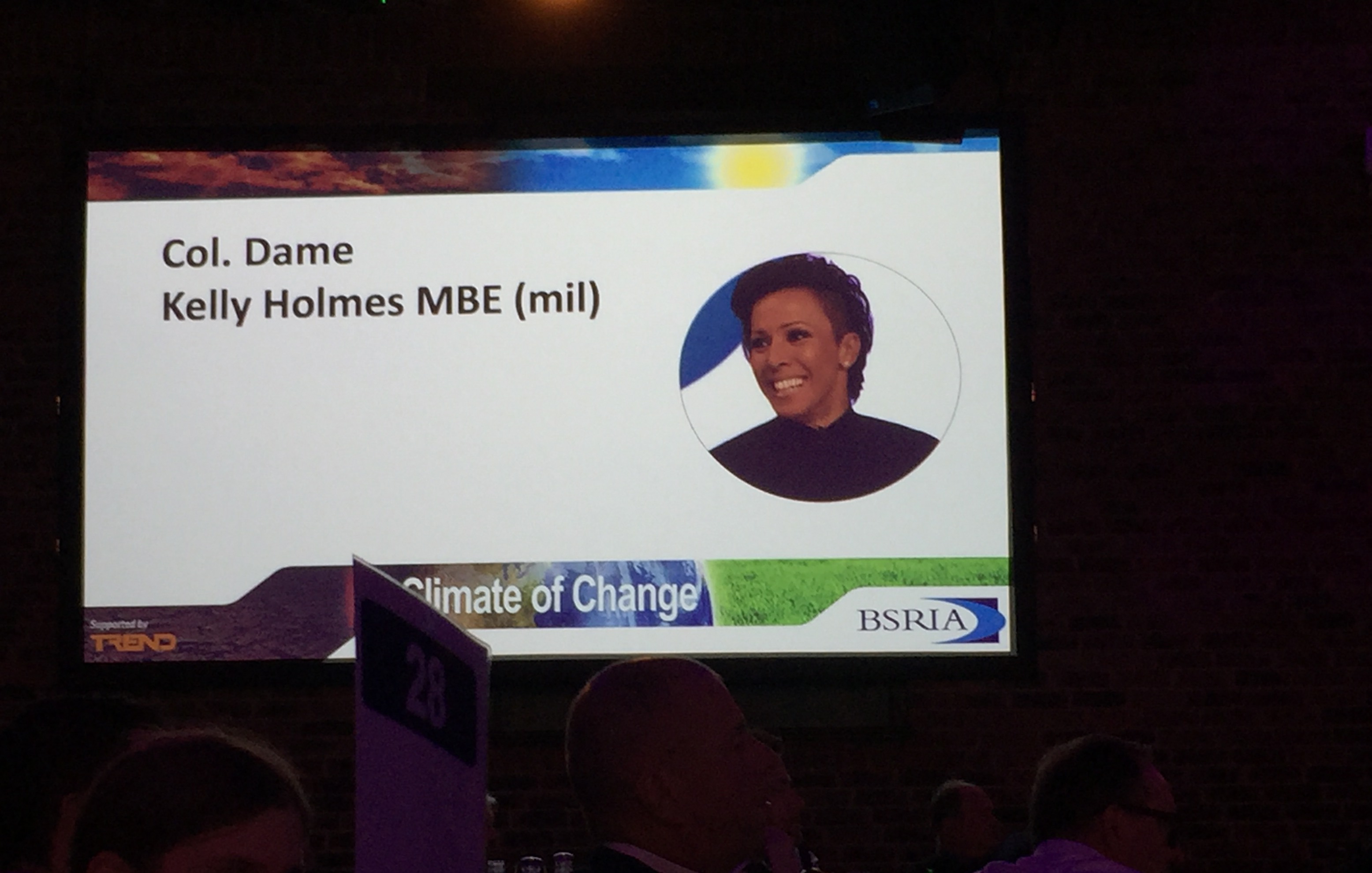 Retrieved from "https://www.designingbuildings.co.uk/wiki/BSRIA_Briefing_2019:_A_climate_of_change"
Create an article