On 17th November, Designing Buildings Wiki attended the BSRIA Briefing 2017, at the Brewery, London. The theme of the event was 'Tomorrow’s challenges in today’s buildings'; examining the issues the industry is facing and the role it will play in providing the solutions.

Following an introduction by BSRIA Chief Executive Julia Evans, there were five presentations given by leading industry figures.

Chris Twinn, Principal at TwinnSustainabilityInnovation, began by suggesting the future prosperity of the developed world depends on delivering far more using dramatically fewer resources. An advantage, he noted, was that the developed world has already used a lot of resources which are now embedded in the building stock, meaning that the focus should be on utilising and adapting what we have. He criticised assessment tools such as SAP and compared the performance gap to the VW emissions scandal. He concluded by saying the industry needs to “start selling what is on the tin” and “re-focus on the end user as our real client.”

Jane Vass OBE, Director of Age UK (the largest UK charity dealing with the ageing population), highlighted the fact that by 2035, 30% of Europe's population will be over 60. By age 68, 1 in 5 men and 1 in 6 women will still be in the workplace, meaning that workplaces must be designed to accommodate diverse needs. People also generally want to stay in their own homes. This will require age-friendly housing and workplaces, that are inclusive, adaptable, and warm. She pointed to the need for lifetime homes, a better private rental market (not just Generation Rent, but an increasing number of older people), and the potential of smart buildings, as well as the importance of developing age-friendly communities.

Alan Kell OBE, Managing Director at I&G Systems Ltd, lamented the fragmentation of the construction industry, which has hundreds of institutes, each with their own values, practices, and published information (something Designing Buildings Wiki highlighted in the 'Fit for Purpose?' report). Kell gave a short history of his own career working with 'smart' (or 'intelligent') buildings. In 1998, he was involved with the INTEGER Millennium House, developed as a reference building for the level of performance possible in housing, and leading to a number of pilot studies around the UK. He pointed out however that such developments need to be commercially viable, and noted that the least adventurous housing developer in the 1990s is still one of the most profitable, whereas the developer that took on the challenge of the INTEGER house went bankrupt. He suggested that the UK used to lead the world in innovation, but now we are lead by the Chinese.

Tassos Kouglionis, Principal Consultant at BSRIA, talked about the 'megatrend' of urbanisation, quoting the projection that by 2050, 70% of the world's population will live in urban centres. He said that if phones stop working we tend to discard them and buy a new one, but this is not something we can do with the built environment - we need to take care of buildings, retrofitting and adapting them to ensure they remain fit for purpose. Today's buildings, he suggested will be tomorrows challenges. He called for much more research, saying; "...in order to defeat a challenge we need to understand it", and predicted that as new data-rich products come to market, property selection could become the subject of much greater consumer scrutiny.

Kath Fontana, Technical MD at ISS, spoke from the perspective of a facilities manager in the commercial sector. She suggested offices have evolved more in the last 5 years in terms of worker expectation than in the previous 50, highlighting the move towards an experience-based, rather than activity-based workplace, saying; "work is a thing that you do, not a place that you go". Fontana said there was a need for new standards to measure excellence more accurately. There is also a need to harness technology as an accelerator, using Big Data as a means of driving down asset costs. She proposed that the FM sector is in an "era of unstoppable convergence", with mergers and acquisitions prevalent as maintenance is recognised as a good long-term revenue stream.

Sir Ranulph Fiennes Bt OBE was the after lunch speaker. The first person to reach both North and South Poles by foot, he also made it into the record books by completing seven marathons on seven continents (including Antarctica) in seven days – soon after emergency heart surgery. He spoke about his life, his adventures and the teams that had supported him, suggesting that when selecting new team members, he focused on their motivation, believing that it is this that drives behaviour under extreme circumstances. 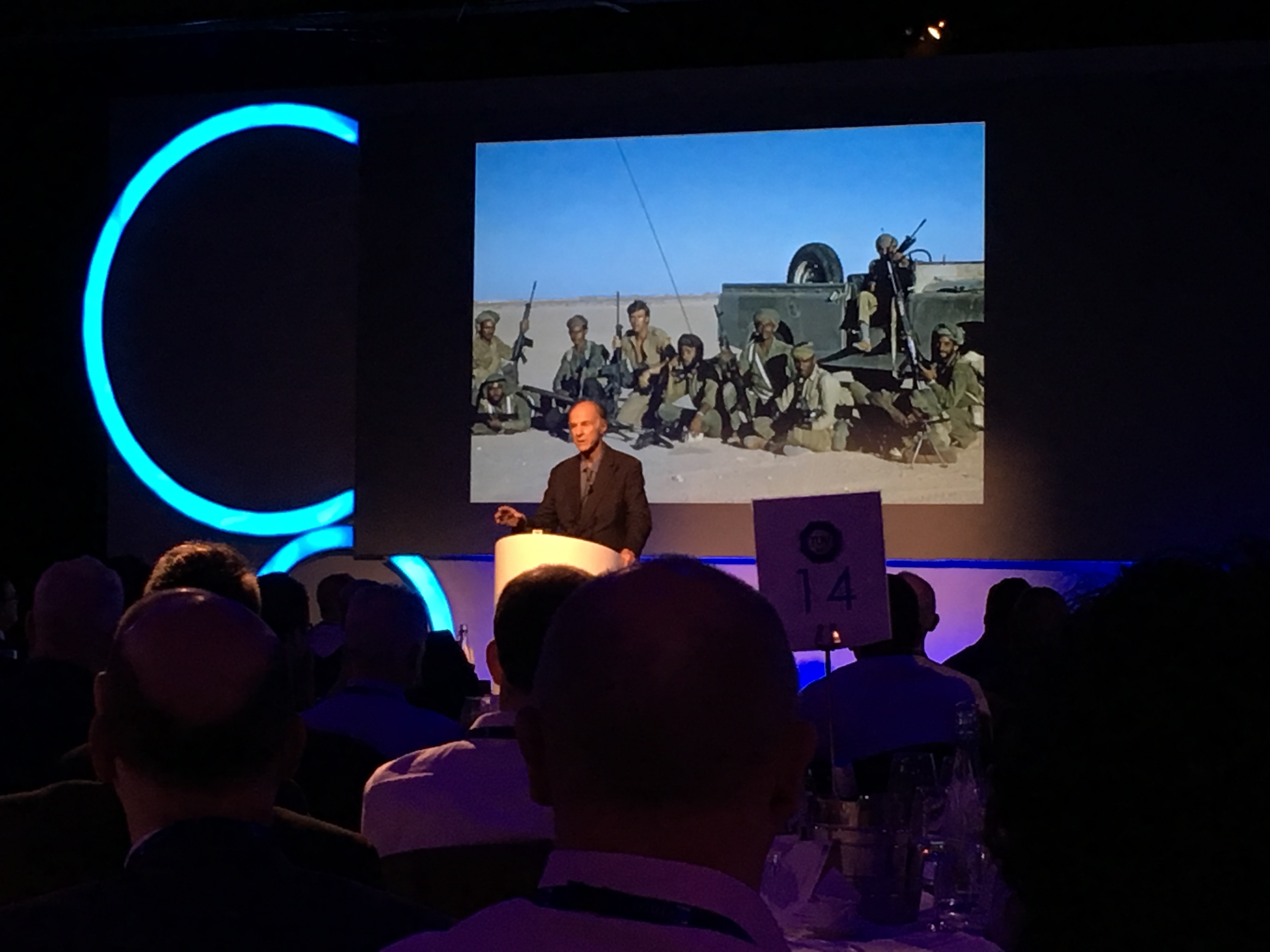 Retrieved from "https://www.designingbuildings.co.uk/wiki/BSRIA_2017_Briefing"
Create an article