This is part 4 of a 5 part paper. Click below to read the other parts:

Whilst private sector client bodies, design consultants, construction contractors and others have variously seen advantages of BIM and implemented aspects of BIM on projects it is the Government Construction Strategy (2011) that is the authoritative origin for the government led initiative that is now the primary focus for the application of BIM in the UK. The key sentence within the strategy for this is:

“2.32 Government will require fully collaborative 3D BIM (with all project and asset information, documentation and data being electronic) as a minimum by 2016.”

This and the detail surrounding it, not least a fully detailed “BIM strategy” [20], has taken much of the attention and an important feature is the inclusion of a premise that the government as a client for construction needs to improve and indeed become exemplary. For government this uniquely means committing to and publishing a rolling programme of procurement intentions. This is an important aspiration for an industry that is reluctant to make significant capital investment, is one of the most sensitive to economic cycles and is wary of an historic trend of being used as a fiscal regulator by successive governments. More generally and an aspect that has more potential to be replicated in the private sector is creating defined data expectations at predetermined points within individual projects (fig 6)

The provision of explicit individual project data provides for a greater accuracy in evaluating that work in terms of quality, time and cost. It is presumed, and at present can only be hoped, that this client facing subtlety of the whole initiative is not lost when translated for private procurement when the distinctions between capital and operational budgets or even simply short and longer term benefits generally are in apparent commercial conflict brought about by silo thinking. Government has also identified a number of projects on which to test the emerging procedures being developed to accommodate both new working practices and apply methods including BIM software. Fig 7 shows an example of a chart from one of these early projects illustrating the high level data requirements set against the project work stages (running along the top). The information or data sets that respond to the data requirements will then generate definite client actions and decisions that allow the project to progress without the lack of certainty typical in much construction procurement.

Describing the current incarnation of BIM in the UK invariably and logically starts with the “Bew/Richards maturity graph”. This has been used to guide and map the production of critical industry documentation on the subject as a part of a “roadmap” to the standards and other document development to support the implementation of BIM (fig 8). In 2014 the definitive items of such guidance for ‘level 2’ were determined. Each of these documents has further references to others necessary to complete the story.

Fig 8 The BIM Maturity Graph – a part of the UK roadmap for BIM. (The Roadmap from Govt. BIM Task force web site is a live document updated from time to time to reflect progress and necessary changes)

With the clarification of this list it is possible to more positively define what ‘level 2’ BIM is and to create focused education and training to establish and test core competencies. Courses both in formative education and particularly in re-educating practitioners through CPD and other training is now taking shape.

The most significant of the documents listed is PAS1192–2 which in large part is focused on the Information delivery cycle at fig 9. The information delivery cycle is explained in detail below and selected definitions from the Standard are also included to aid its understanding. It shows the cycle laid-out against a process plan. This plan will eventually be set out, when work is complete (mid 2015), to be the digital Plan of Work.

An important point, probably the most important point about the development of the UK BIM maturity levels is that whilst the line between level 2 and level 3 can be, and is, described in technical terms and in terms of the information handling processes and protocols it is primarily determined by the ability to operate within normal contractual, legal and other broadly familiar arrangements up to the line. What this means is that no wholesale rewriting of construction contracts is necessary although it does encourage a change of approach and certain modification as provided for in the CIC BIM Protocol which also introduces a new task of information management which is covered in a referred document called the Outline Scope of Services for the Role of Information Management. The Protocol is a contractual document that when introduced takes precedence over existing agreements (so a fairly significant amendment to standard forms) and places an obligation on parties to provide distinct elements of their services at predetermined stages in a project. The application of the Protocol is covered in guidance also prepared by the CIC. This guidance also covers aspects of professional indemnity insurance - often cited as a stumbling block for collaborative methods. 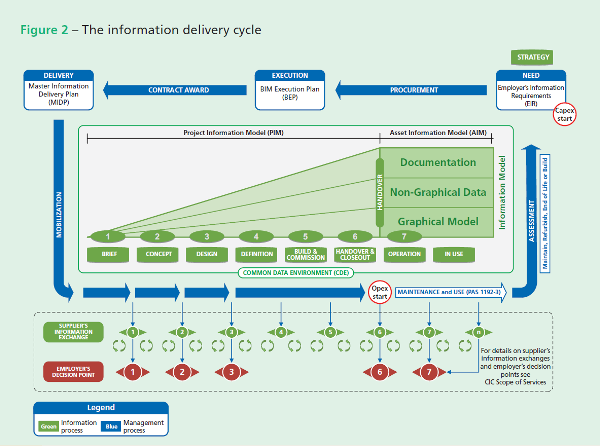 Fig 9 The information delivery cycle that is at the heart of PAS 1192-2. (Copyright obtained from Mervyn Richards)

The information delivery cycle has two points of entry. For new build projects, at the “Need” box (top right in the fig), for projects that are part of a larger portfolio or estate, or for work on existing buildings and structures, it is at the right-hand arrow “Assessment” which draws on the information in the Asset Information Model (AIM). Here PAS1192-2, which deals with the Capital expenditure phase, references PAS1192-3, which deals with the Operational expenditure phase. These points of entry are also referenced in the Common Data Environment – CDE (central zone in the fig). The information delivery cycle (blue arrows) shows the generic process of identifying a project need, procuring and awarding a contract, mobilizing a supplier and generating production information and asset information relevant to the need. This cycle is followed for every aspect of a project, including the refinement of design information through the seven project stages shown (green). Work is on-going defining these as an accepted industry standard but well known systems such as the RIBA Plan of Work (2013) can be used.

The pale green wedge represents the CDE that collects information through the lifecycle for management, dissemination, exchange and retrieval processes.

[edit] Keeping up to date

Any published paper on the current development of BIM and particularly developments within the UK government strategy under the leadership of the BIM Task Group will inevitably quickly become out of date with the latest information published on the task group website http://www.bimtaskgroup.org/ . Included among a wealth of useful information and resources on the site are reports from the case study projects under the title ‘Lessons Learned’ and these are regularly updated.

[edit] Bringing it all together

Harnessing IT and computing power in the name of the built environment will of course not stop here, indeed the developments will continue at a rapid rate but there is clearly a view that in terms of BIM and those issues that surround it, a watershed has been reached. The completeness, availability, accessibility and robustness of both authoritative guidance, much in the form of Standards, and commercially available tools such as, but not restricted to, BIM authoring software, is adequate to dispel objections from the industry to adopt more reliable ways of working, particularly when a strong client effectively mandates that way. This is effectively what the UK government announced in 2011 to take effect by 2016 and whilst the UK is not alone in its ambitions it is the most emphatic and certainly has made the most powerfully managed and supported statement of this kind. The general view is that because of this approach the UK has taken the international lead “in BIM” with UK originated Standards forming the basis of International Standards to be published by ISO (International Standards Organisation). This also marks the starting point for most papers about BIM.

They also very often seek a definition for what ‘BIM’ is, something that this paper has steered clear of, preferring to chart the rocky path to where we are now and leave the reader to contemplate the need for a definition. Thankfully it is generally now accepted that sales of software with BIM in or implied in its title is not a valid indication and neither is some kind of measure of 3D graphical representations, renderings or animations; much as they have their place. Almost all of the leaders in the field in the UK and many elsewhere have generally given up in trying to define BIM briefly and there is now a broad understanding that the shorthand use of the term describes something that it is about much more than software and 3D imagery. They see that it is primarily about dealing with information in all its forms accepting that much of this is exchanged as data that only needs to emerge from the various systems (inevitably utilising up to the minute IT) at operational points requiring human intervention. A number of single paragraph definitions do exist, and at the end of this paper, that offered in 2010 by CPIc is included as it is derived from a short study of a collection of other definitions and does not contradict the above understanding. However and as we have seen, in the UK various levels have been created and described in terms of evolving ‘maturity’ (fig 8) and the official ‘definition of the 2016 target “level 2” is set by a number of Standards and protocols listed previously. Einstein said that “Everything should be made as simple as possible, but not simpler.” In respect of a definition of ‘BIM’ this seems to be a wise statement.

Retrieved from "https://www.designingbuildings.co.uk/wiki/BIM_-_it%E2%80%99s_about_the_Planet_-_Part_4"
Create an article