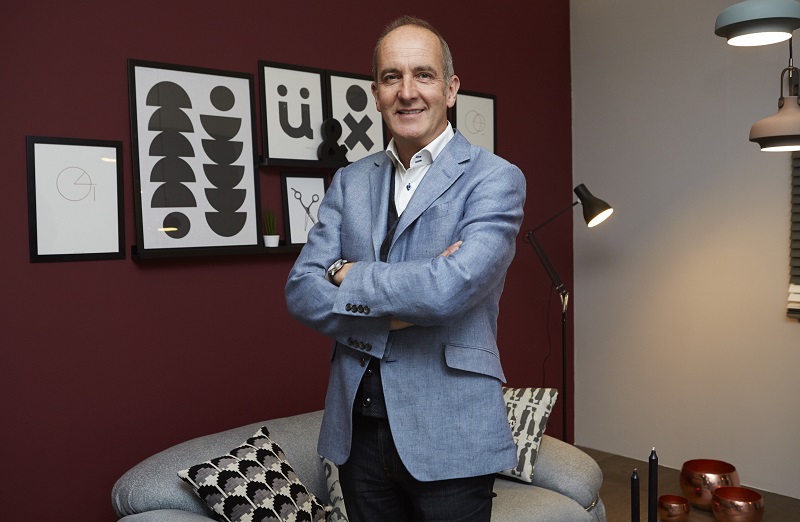 Kevin McCloud is one of Britain's most popular TV presenters and one of the most recognisable 'public faces' of the built environment. Over nearly 20 years and 18 series, 'Grand Designs' has followed scores of ambitious self-builders as they try to realise their dream project.

As well as being an ambassador and fixture at the biannual 'Grand Designs Live' exhibitions, McCloud has fronted numerous TV programmes, authored several books, established his own housing development company, and was awarded an MBE in 2014 for services to sustainable design and energy saving property refurbishment.

You can see the interview Designing Buildings Wiki did with McCloud in 2017 here.

It was an evolving idea that, as you say, has taken 20 years to realise. An editor at the BBC, Daisy Goodwin, said to me "I’m thinking of doing this", and the producer John Silver and I kicked the idea around and started playing with it. None of us knew of course that it would be any good.

There is a horrible word in television - ‘jeopardy’. People love jeopardy and most of it’s fake - 'will they get the roof on before the rainclouds set in?’, etc., and it’s all there to try and get people back after the ad break. Mercifully, we didn't have to rely on that because there’s enough risk in building anyway, whether it’s money-related or whether a design will work or not.

Importantly, when Daisy sold the idea to Channel 4, she didn’t use the ‘J’-word but the ‘P’ word – poetry, and I love the fact that within this process of building, something that we’re all attracted to, there is such a wonderful, noble, poetic quality. That is, I think, what drives the programme more than any engineered or fake sense of risk.

That’s a really good question, It’s probably the same as the one people always make, which hinges on being human, we all overreach. As a species, the reason we don’t all live in caves anymore is that we’ve pushed ourselves and continue to believe that our project will be the best, will be on budget, and all the rest.

When I meet people for the first time, that self-belief is so strong in them, it’s impossible to contradict, and it doesn’t matter what I or anyone else says, they aren’t going to change their minds. That hope and belief is what drives them to commit to the project in the first place, if they didn’t have it nothing would happen.

I’m surprised that we don’t overreach more, a good number of the projects come in more or less on budget. Perhaps I’m guilty of transposing my own failings on to others, but I’m always surprised more projects don’t fail.

The difficulty with that of course is about the extraordinary energy that drives people to do these things. Whereas what you're talking about is much more of a political agenda, and there’s a need for that, I think that would be a really interesting thing to see on TV.

There is something I’m working on which is more of a documentary dealing with some of those issues and I want to get that done next year. It'll be a very different agenda and narrative to ‘Grand Designs’ certainly. 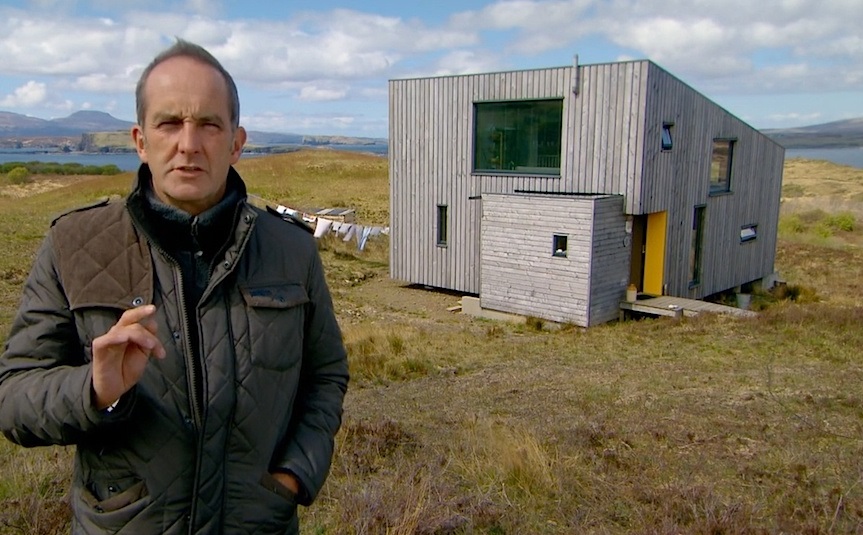 People are now quite used to incorporating better insulation, secondary glazing, draught-proofing and solar panels, and so on.

What I think is unspoken is the way lifestyles need to change, the way that we consume materials, resources and fossil fuels. Whether it's cars or plastics, we trash a lot of stuff, we don’t recycle and reuse as much as we should. We’re programmed not to think beyond about 1 or 2 years, that’s just how our brains work, but we need to start thinking more carefully about the next 25-50 years.

I’m a big fan of, and represent, One Planet Living which I believe is helpful because it’s a set of objectives that places humans and our wellbeing, heritage, happiness at the centre alongside every other species on the planet and alongside the requirement to use the planet’s resources sustainably.

So if you want to push that Overshoot Day back to November or December even, the way to do it is through One Planet Living. We’ve got to the point where we can all do ‘our bit’, but ‘our bit’ is no longer enough.

It’s usually the smallest one. The toilet is an overlooked room in the house. Some people are now putting more toilets in their house than there are people, that’s a trend I’d like to see reversed. The history of toilet design is actually rather interesting!

Yes, what you see on TV built by small groups of really skilled builders and craftspeople, that’s all great, but the volume is at the opposite end of usability, architectural ambition and quality because we have such a lack of skill in construction.

It’s a serious issue, becoming more serious thanks to Brexit; we’re losing all that European skilled labour that’s been quality-trained, whereas in this country we haven’t been running proper national training programmes that deserve respect since about the 1980s. 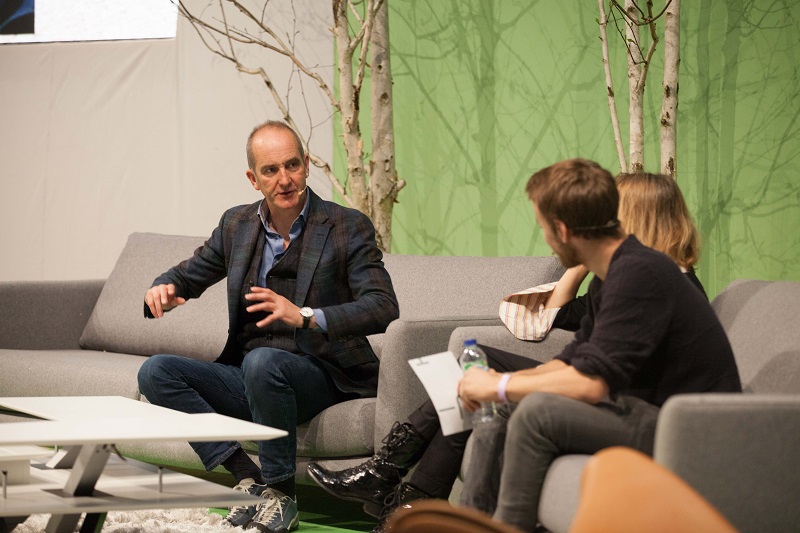 It’s the same thing that drives the interest in the programmes – there’s about 100,000 people that turn up to these things, not to buy a sofa or a set of bi-fold doors but because everyone shares a love of the built world. That can speak to the constructive instinct of course, but also an amazingly creative one. The exhibition, like the TV programme, is there to represent how people can achieve what they want to do with their lives at best value.

At the exhibitions we pride ourselves on working with big brands that have strong track records in terms of sustainability and ethical trading, as well as smaller, original makers – many of whom are British manufacturers. Recycling is a big part of the exhibition and we have a policy of not exhibiting rip-off furniture, people are able to touch the objects, to judge the quality for themselves. And that all captures the spirit of the TV programmes.

What we don’t have is somebody in national government, a Housing Minister that lasts in the post longer than 5 minutes perhaps, or a Prime Minister who says that "this government believes in the value of social housing, that it will be judged by the quality of healthcare, education and housing being provided".

What we’re missing is not funds that are being siphoned off and pushed into different schemes, it’s not a lack of housing associations that are now, thank goodness, empowered to build; it’s that there's nobody at the centre of government saying "we believe in this idea". That drive and a statement of belief that we all share is what's needed.

The Amulet Centre in Shepton Mallet. It's effectively a wall that divides the 17th century from the 19th century part of the town and I don’t think it’s had a positive effect. It’s a theatre venue but has had a struggled history, it’s never really worked so is a hard thing therefore to justify.

There are various other things that have had a negative effect in Shepton Mallet – the big out-of-town shopping centre, for example – but removing that single building could probably make the most difference.

Every town has a building which is ugly and dysfunctional but very often those buildings will clean-up and can be given a purpose. We demolish and bring things down far too quickly, we need to conserve and look after what we have much more.

Kevin McCloud will be appearing at Grand Designs Live at The NEC, Birmingham from 10-14 October 2018. For more information and tickets visit www.granddesignslive.com. 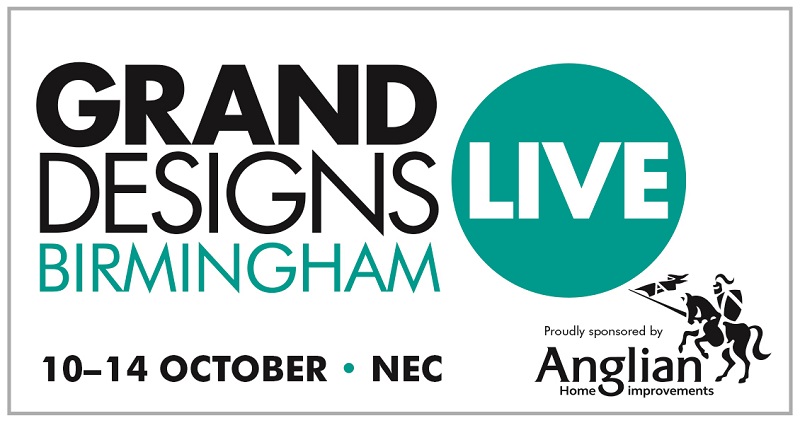 Retrieved from "https://www.designingbuildings.co.uk/wiki/Interview_with_Kevin_McCloud_2018"
Create an article