Advancing the outcome of challenging infrastructure projects through project alliancing 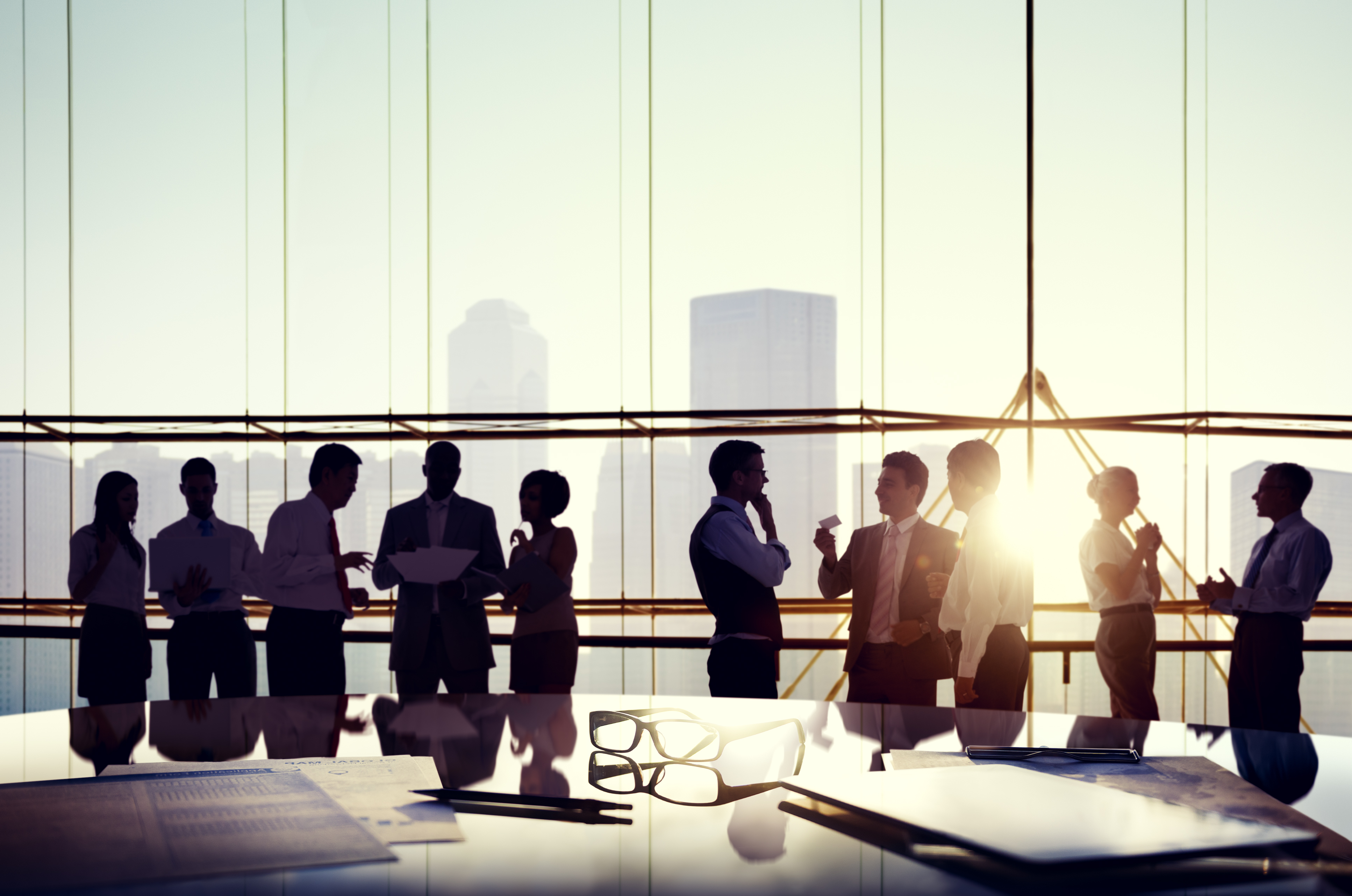 Traditional disintegrated and adversarial processes in construction do not work appropriately in challenging projects that involve a lot of uncertainty and interfaces.

Constructability and cost awareness on the part of designers is poor and plans put out to competitive tender are not likely to represent the best possible project solution. If there are unknowns left in plans, it may make the tenders even more expensive to the owner when traditional price-oriented selection is applied.

Deviations and interpretations on change orders during construction also tend to increase conflicts of interest and adversarial behaviour in projects and also be a hindrance to smooth process and success of the project in general.

The challenge remains, even if the competence of designers and contractors is used synergistically, by requesting candidates to complete design proposals, as is the case in various types of design-construct procurement methods. Even then, the owner is often obliged to limit the leeway necessary for alternative proposals. The primary reason is that degrees of freedom leave too much room for interpretation which may lead to court appeals and subsequent project delays and extra costs in the case of public procurements.

There is also no time to determine the compliance of alternatives with requirements and regulations in the completion phase. More time is needed for development but it would be too costly with numerous candidate teams. Also, the challenge related to the fixed price is usually met in these cases .

The uncertainty related to demanding infrastructure projects highlights the problems of traditional project delivery systems. Implementation of projects in the built environment and the many interfaces and interest groups, heavy traffic as well as the demanding nature of the arrangements during site work are part of the challenge; as are the uncertainty of conditions and input data and the need to minimise nuisances during construction.

Technological development also brings opportunities that are not always known at the launch of a project while also making projects increasingly complex and challenging, underlining the need for new practices.

Early involvement of service providers in collaborative process with the owner offers a means to improve project outcome in challenging construction projects.

Project alliancing is a project delivery method (typically) based on a multi-party contract between the key actors to a project whereby the parties assume joint responsibility for the design and construction of the project (without distinct division of labour) to be implemented through a joint lifecycle that includes the owner, the designer(s) and the contractor(s); where the actors bear both positive and negative risks related to the project jointly, and observe 'open books' practice, unanimous decision making and no-litigation principles in pursuing fruitful collaboration. Alliance contracting is, first and foremost, a procurement method for projects that involve much challenge and uncertainty.

The basic idea is that an operational model - where risk is borne jointly and reward is shared on the basis of the success of the entire project - makes the parties better consider each other’s views and enables them to collaborate more efficiently for the best of the project.

The method also allows combining a wide range of expertise needed to foster innovation and to make demanding ventures successful. This again necessitates early selection of the actors which makes offering services at a fixed price impossible. The solution to that challenge is selection based mainly on a thorough review of team capability while the price may be represented by a fee quote only at this stage.

The procurement is based on the stage-wise negotiated procedure. In the final phase, following the shortlisting and further reduction of candidates based on capability, the best two teams continue to the stage involving workshop tasks that are evaluated. The evaluation forms the basis for selecting the best tenderer jointly with the combined team fee that consists of the designer and contractor company overheads and profit expectations.

The member companies of the selected team enter in a ‘development agreement’ with the owner for the design of the project and to set and agree on the project’s target cost and incentive system based on the owner’s key goals. Thereafter, the actual ‘implementation contract’ is signed, but only if the parties are able to agree on the project solution and the owner considers the target cost level reasonable. If not, the owner is free to terminate the contract. External review is usually used for the verification of the intended target cost.

Trustful collaboration between alliance partners has resulted in considerable savings and/or excellent performance in projects in general.

The Finnish Transport Agency (FTA) is a pioneer in developing and applying project alliancing in Europe. Initially the way was prepared by a joint R&D with the VTT Technical Research Centre of Finland launched some ten years ago after VTT has reported alliance experiences from Australia to the predecessors of the FTA. Subsequently, the baton was handed over to Vison Alliance Partners in the deployment phase.

The procurement of the first alliance project started in 2010 and since then FTA has utilized the model in a number of projects while it is gaining popularity also outside of FTA. In total, about 40 projects have been or are about to be launched as alliances in Finland so far. In international comparison the field of application is wide-ranging covering vertical and horizontal infrastructure, new construction and refurbishment, and even relatively small and simple projects.

The FTA’s landmark project, by now, is the Tampere lakeshore road tunnel. The development phase of the project took a year and during that a large number of development ideas were born and accepted for immediate use. The total cost saving achieved in the joint development phase was close to 10% although some of the innovations were implemented mainly due to their positive value effects.

Numerous major improvements were made in the road plan which would have been unlikely if a disintegrated project delivery system were applied and the generation of joint interest were ignored. The construction plans, including the innovations, were in all respects such that the quality levels of the road plan were to be met: quality or other key goals have not been sacrificed to achieve savings or faster completion.

As to the subsequent implementation phase, the alliance was able to under-run the €180 million target cost and slightly and further shorten the tight schedule for half a year so that the tunnel was opened for traffic after a four-year construction phase. Safety performance was also at very good level.

The change of the culture and new way of thinking is a must and had to be considered carefully in case of applying project alliancing.

Successful realisation of an alliance requires that the actors are able to create open and trustful relations which may be a challenge for parties having their background in the traditional ‘zero-sum game’, where one wins at the cost of others.

In an alliance parties enter in a multi-party agreement stating ‘we shall do it together’ without clear scopes of liabilities and, therefore, enough time and resources should be reserved and the stakeholders should be trained to understand the alliancing philosophy and, moreover, to carry out the selection and create open and trustful relations. Alliancing requires also deep involvement of the owner’s representatives with decision authority in the alliance (leadership) team.

Another potential barrier may be the lack of comprehensive price competition and the resulting challenge of proving of value for money supplied which may be a problem to probity auditing and general public. Yet, the cost viewpoint is now reflected in the selection through the proposed method for control of the economy, presented budget critique and suggested development possibilities at least.

The practice also follows the open books principle as to costs and the phased method as to contracting. The process offers a means to joint mitigation of risks that could be impossible by any of the parties alone. Thus, the target cost is not likely to include risk premiums at the same degree tenders for fixed price contracts tend to do, and change orders do not affect significant cost increase as too often happens in a case of a competitive lump sum contract. Besides, the expectations for innovation are bigger in case of combined expertise and reasonable time reserved for the joint development. In other words, the operational logic of alliancing needs to be understood in full to make it success.

The wider use of alliancing together with the modification of traditional processes provides the necessary conditions for the needed cultural change in the industry.

The positive experience gained from the alliance is encouraging for its continuation and extension. Practical formal solutions as to the process and agreements of the alliance have been largely found and standardised as a result of a joint exertion of the industry. Thus, in future, the focus will be on the actors’ cooperation culture and the teamwork practices.

As part of this, the lean construction methods and tools are to be utilised more to improve the efficiency, since the joint organisation dispels organisational boundaries and, thus, creates better conditions for that than traditional delivery systems. Also incentive arrangements for the development phase will be considered more although some steps have already been taken also in practice.

Determined use of alliancing is expected to enable the change in the operational culture of the construction sector more widely. It is recognised, however, that project alliance is not for all projects, even though reasonable solutions can be created for diverse projects by adapting alliancing differently. Therefore, one topic for future development is to find out if and how (some of) the features of alliancing can be brought to the traditional delivery systems (even partially) to improve the culture and productivity of the industry as a whole.

Retrieved from "https://www.designingbuildings.co.uk/wiki/Advancing_the_outcome_of_challenging_infrastructure_projects_through_project_alliancing"
Create an article