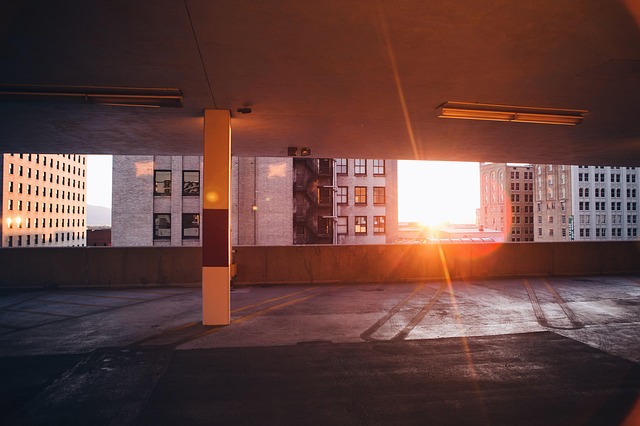 Designers tune the thermal characteristics of buildings so they moderate external environmental conditions and maintain internal conditions using the minimum resources of materials and fuel. Generally, this is achieved by a combination of thermal mass, thermal insulation and active and passive building services systems.

Thermal mass describes the ability of a material to absorb, store and release heat energy. Thermal mass can be used to even-out variations in internal and external conditions, absorbing heat as temperatures rise and releasing it as they fall. In building design, this can be useful to even-out and delay extremes in thermal conditions, stabilising the internal environment and so reducing the demand for building services systems.

Thermal mass can be used to store high thermal loads by absorbing heat introduced by external conditions, such as solar radiation, or by internal sources such as appliances and lighting, to be released when conditions are cooler. This can be beneficial both during the summer and the winter.

Thermal mass can be introduced to store a specific aspect of thermal energy. For example, a trombe wall placed in front of a south-facing window will absorb solar radiation and then slowly re-release it into the enclosed space. It can also be used in combination with ventilation strategies, for example, concrete floor slabs can be used to absorb heat gains during the day. This heat can then be vented to the outside during the night, leaving the mass available to absorb more heat the following day.

Historically, it has been considered that buildings with more thermal mass are suited to regular occupation, where internal conditions are stabilised by the thermal mass, and moderated by low-level building services inputs. Lighter-weight, more highly-insulated buildings might be better suited to occasional use, where occupants return after some absence and at the flick of a switch, can activate building services systems that will quickly create comfortable conditions.

Night-time cooling, however, may require that buildings are unoccupied during the night, and so may be more suitable for an office building than for a hospital, and as the building regulations become more strict, so the performance differences between lightweight and heavyweight buildings are becoming more blurred.

The position is complicated further, as external conditions change throughout the seasons and time of day, meaning for example, that the building envelope may sometimes be required to contain heat, sometimes to capture it, and sometimes to reject it. And the building fabric may have to do this at the same time as performing multiple, conflicting roles, such as allowing access, providing security and creating a suitable acoustic environment.

The thermo-dynamics of thermal mass is a complex subject. The usefulness of materials for storing heat is based on the relationship between their thermal properties and the thermal cycle that they are required to moderate. Thermal mass requires high specific heat capacity, high density and a thermal conductivity that means heat flows into and out of the material are aligned with the thermal cycle of the occupied space. Materials such as concrete and masonry tend to have a useful thermal mass, whereas timber is too slow an absorber of heat, and steel has a too high a thermal conductivity.

The ability of a material to absorb and release heat through thermal cycles is described as 'admittance' and is based on its:

It is generally considered that in the UK, with a 24-hour thermal cycle, heat energy can only penetrate up to 100mm into thermal mass such as concrete and masonry. This thickness that can be found in most buildings. The delay in peak temperatures (the admittance time lead) can be up to six hours.

However, thermal mass must be exposed to function efficiently. This means that it is commonly associated with exposed concrete floors, and walls, rather than conventional spaces which might include wall linings, suspended ceilings and raised floors. This requires that a high-quality finish is achieved and that services are carefully routed. The effectiveness of thermal mass can, however, be enhanced by paint, selected to optimise the absorption and release of thermal radiation.

NB: The presence of exposed mass within buildings can cause problems with high acoustic reverberation.

Thermal mass is often used in association with a wider environmental design strategy that may include active, passive or mixed mode systems. Where it is associated with night-time cooling, it may be ideally suited to narrow, open-plan buildings or open-plan buildings with atria allowing natural ventilation. Care must be taken that there is no unwanted night-time cooling, leading to an increase in heating demand. This can be achieved by good insulation and good standards of workmanship to reduce infiltration.

There are also more complex design strategies that use thermal mass, such as thermal labyrinths and other ground energy options.

Strategies using thermal mass can be hampered by location (for example, if natural ventilation is not possible), orientation, acoustic considerations, or a requirement for cellular spaces or air-conditioning.

NB Climate Emergency Design Guide: How new buildings can meet UK climate change targets, published by the London Energy Transformation Initiative (LETI) in January 2020 defines thermal mass as: 'A property of the a material in a building which enables it to store heat, providing “inertia” against temperature fluctuations. It will absorb thermal energy when the surroundings are higher in temperature than the mass, and give thermal energy back when the surroundings are cooler.'

Retrieved from "https://www.designingbuildings.co.uk/wiki/Thermal_mass_in_buildings"
Create an article