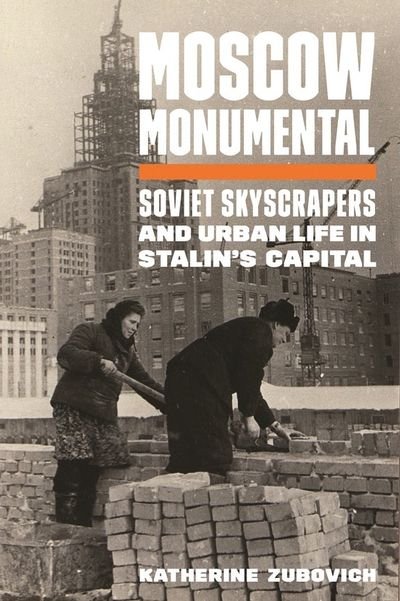 There is a particularly fascinating historical episode recounted in Katherine Zubovich’s book, about the labourers set to work excavating sites in preparation for the skyscrapers that would personify their ‘brave new world’. As they dug down, they uncovered archaeological evidence of human settlements dating back more than 800 years to before Moscow’s founding; an uncomfortable collision between the deep past and the bold future that the Soviet Union was supposed to be forging.

The spectre that haunts the pages of the book is the fate of the Palace of the Soviets, the monstrously grand and ostentatious flagship project that was elevated into something approaching mythical status. It was with characteristic destructive zeal that in the early-1930s the Bolsheviks hastily demolished the Cathedral of Christ the Saviour, one of the largest and most impressive Orthodox churches in all of Russia, to make way for the new Palace. In its monumental scale and ambition, the Palace was to represent a turning point in Soviet architecture, a rejection of constructivism and futurism and an unusual embrace of neoclassicism.

Zubovich’s chapters on the early planning and design competitions are full of historical quirks and points of intrigue. Le Corbusier, who was one of 160 who entered designs to the open competition for the Palace, was angry enough at the rejection of his modernist design to send a direct telegram to Stalin. (The book contains several excellent photographs and illustrations throughout, although it is a minor drawback that it does not include an image of Le Corbusier’s rejected design.)

Equally amusing is the story of the young American architect Hector Hamilton who won the second of four open competition rounds with his more utilitarian design. This victory appears to have gone to the young man’s head, not helped perhaps by the fact that he was immediately touted by the American press as being the Chief Architect of the Palace, and he set sail on a hubristic trip to Moscow. As it was, the role of Chief Architect had already been assigned to Boris M. Iofen, who oversaw organising the design competitions. No surprise then that his own entry was crowned victorious in the fourth and final round in 1934.

Iofen’s Palace was to have been a 415 m tall neoclassical megastructure, crowned by a huge bronze statue of Vladimir Lenin which, by itself, would have been 80 m tall. It would have far surpassed the then-tallest building in the world, the Empire State Building. Throughout Russia, and indeed the rest of the world, it became something of a curious fascination. As Zubovich notes, ‘its image circulated so widely as to create the impression that it had already been built’. 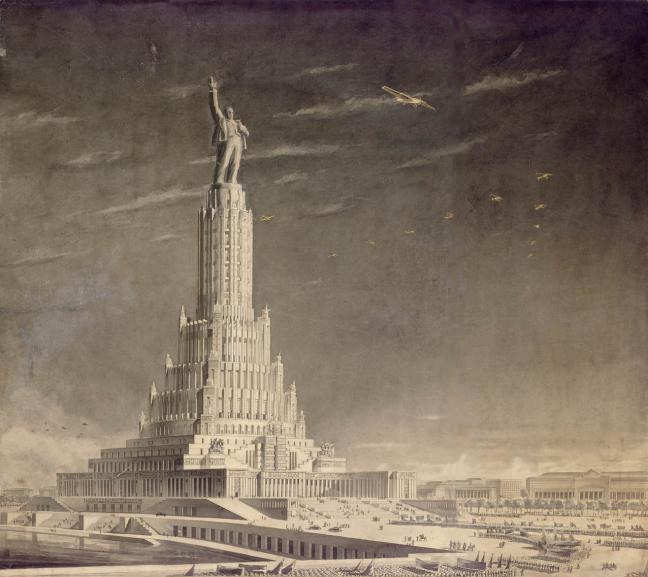 The book also recounts the somewhat surprising stories of the pre-Iron Curtain years when Soviet architects and engineers, led by Iofen, travelled to Europe and the US, making connections and drawing on international expertise. Indeed in 1935, an American delegation of engineers travelled to oversee the Palace construction site and advise on groundwork techniques, led by Carleton S. Proctor (the expert behind the Lincoln Tunnel and Golden Gate Bridge).

Progress on the Palace was permanently disrupted by the outbreak of the Second World War, and most architects were forced to flee Moscow for the Urals to help with the colossal war effort. When the war was over ‘the tension between monumentalism and the mundane would be especially fraught’, and these competing priorities would dictate the future of Moscow’s urban design for the rest of the Stalin era. Despite Iofen moderating and reducing the scale of the Palace’s design, in the post-war period it became subordinate to the drive to build nine new ‘tall buildings’ (deliberately avoiding the term ‘skyscraper’ which was deemed an Americanism) as part of Stalin’s ambition to reinvent Moscow as a world-class capital city.

Harsh reality then invades Zubovich’s recounting of the story, as she documents the experiences of the tens of thousands of Muscovites who were shifted from their city centre homes to the increasingly sprawling periphery as the building projects began to change the urban landscape. She contrasts these with the experiences of the ‘vysotniki’ – the equally large numbers of construction workers brought to Moscow to build the skyscrapers, and who were promoted as heroes of the age. A piece of propaganda from the time reads ‘my father defended Stalingrad and I’m building it back up!’.

The great irony is that by the time these buildings (the 'Seven Sisters') were completed in the early-1950s, the symbolic power encapsulated by them had already been diminished. It had by then become apparent to the masses that the dream of living in one of the apartments was to be a reality only for a small group of Stalin’s elite. Almost immediately after Stalin’s death, the new leader Nikita Khrushchev launched his process of ‘de-stalinization’, and the buildings became symbols of the excessive wastefulness and skewed priorities of his predecessor. 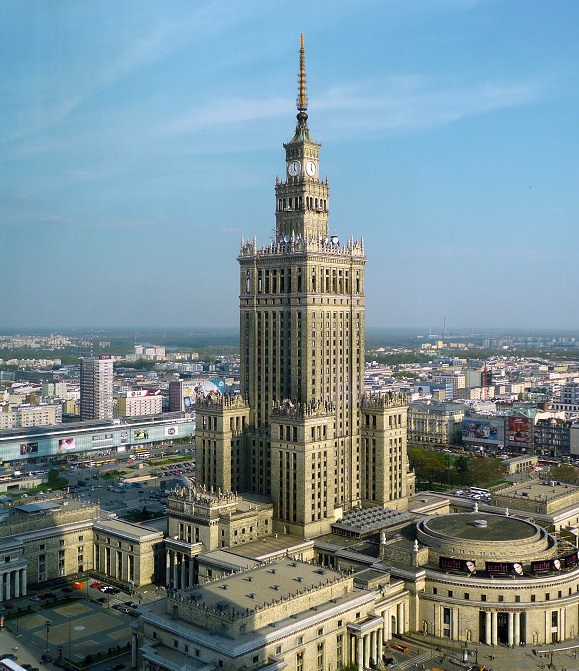 In recent years there has been something of a reappraisal of these examples of ‘Stalinist architecture’. They are inarguably striking and rather beautiful buildings, particularly influential in the imitations that were ‘gifted’ to other countries in the Soviet orbit. Most notable among these is Warsaw’s Palace of Culture and Science, a fabulous multi-purpose building which, in contrast to Moscow’s originals, has served the population of the city well.

As it was, the Palace of the Soviets was destined only ever to exist on mass-produced candy wrappers and stationery. In the 1990s a replica of the demolished Cathedral of Christ the Saviour was reconstructed in its place.

Zubovich’s meticulously researched book is objectively quite a niche proposition, but nonetheless contains more than enough to be worth the time of anyone with an interest in Soviet history or 20th century architecture and urban planning.

‘Moscow Monumental’ is published by Princeton University Press and is available here.

While the buildings, called the 'seven sisters' appear quite fetching when seen from the sky or at a distance, they are anything but when seen in person.

some deeply emody the power psychology of the time, such as the look of the interior ministry.

Known from first hand experince, standing outside the buildings in the cold!