How to make conservation areas work

At a time of an unprecedented shortage of resources, Historic England, local authorities and community organisations are exploring new ways of making conservation areas effective. 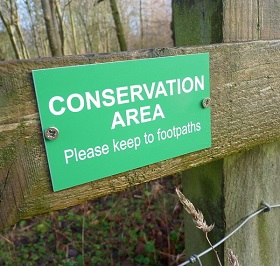 The 50th anniversary of conservation areas is an important opportunity to take stock of their designation as a means of managing change and conserving the quality of our historic environment.

Hopefully, with the designation of approximately 10,000 conservation areas across England alone, Wayland Kennett would be satisfied that his ambition that local authorities should designate ‘many and large areas’ has been achieved. While new areas continue to be designated, there is now a perception that the majority of areas that will become conservation areas has now been identified.

New conservation areas are likely to be those with historic or architectural interest that is only now being viewed as special, and which as such may test some of our pre-conceptions about what heritage should be. This is seen in the debate sometimes associated with newly listed buildings emerging from our review of later 20th-century architecture, identified as a priority by Historic England due to its under-representation in the national list.

New conservation areas may now also be likely to be those where the character and appearance is just as desirable to enhance as it is to preserve. Historic industrial areas, such as the canal sides of the Black Country, for example, often come to our attention at the end of a period of decline and growing need for regeneration, at which point the buildings and infrastructure are in poor condition.

Nevertheless, they are recognised as having special historic interest for their contribution to the industries, economy and distinctiveness of our regions, and present an opportunity for unique, locally distinctive redevelopment projects. Such areas are likely to need considerable expertise and professional skill to assess, designate in an appropriate manner and bring up through co-ordinated projects of enhancement.

Historic England’s annual survey of conservation areas provides a snapshot of the condition of a sample of our conservation areas, based on those authorities with the capacity to complete our questionnaire. While participation initially requires an investment of effort, updating the survey on an annual basis is less onerous, normally requiring a simple confirmation that the previous year’s survey remains accurate. In most cases, effort is focused only where issues have arisen, in which case highlighting them through the survey is a means of focusing resources where they are most needed.

In 2016 approximately a fifth of local planning authorities completed the survey. Headline results suggest that in the majority of cases (just under 94 per cent) conservation areas fall outside our at-risk category, suggesting that while there may be issues that require management, the regime of designation and generally reactive management through the control of development is sufficient.

For the minority of areas that do fall within the at-risk category, the survey provides some useful evidence that may guide where our attention to conservation area management should focus in the coming years. Rural conservation areas in mainly residential use (most of our historic rural villages) are the areas least likely to be identified as at risk. Moreover, those areas that already have a management plan and are supported by active communities face lower risk. At the other end of the scale urban conservation areas with a wide mix of uses (mainly town and city centres) are most likely to be at risk, while those in commercial and industrial use are also significantly likely to be at risk.

None of this should really be surprising, but it is useful to consider that areas with a wide mix of uses are likely to have the greatest mixture of demands for management. Over the past decade town centres have seen considerable pressure, including declining commercial and office use and maintenance, as well as pressure from new forms of development. Notable on the south coast is a demand for high-rise student accommodation, for example.

This makes a single approach to management more difficult, perhaps requiring very specific and proactive management measures, some of which may fall outside the purlieu of normal conservation practice or even planning. The recently adopted appraisal for Dudley’s Town Centre Conservation Area, for example, points out the opportunity to promote specialist market days in order to sustain the historic market that has been the focus of the town centre’s commercial history since the 12th century.

The annual survey shows that, in the large majority of cases, designation and reactive management through planning policy have been effective tools for managing our conservation areas. We have also seen basic management measures, such as the use of Article 4 directions, becoming simpler to apply. Despite some initial concern, the process of assessing harm against public benefits in decision making has also proved effective, with planning inspectors frequently supporting councils’ views that public benefits have not outweighed harm, even where this is not ‘substantial harm’.

However, this approach does require the provision of expert advice, the availability of which we have documented through our annual reports as having fallen considerably since 2008. Where expert resource is stretched, community engagement may provide an additional source of information and advice. Several funded programmes of capacity building have focused on building skills within the community to deliver management, including conservation area appraisals, while Historic England is currently working with Civic Voice to consider how parish councils and civic societies may contribute to expanding coverage of the national survey.

The concept of conservation area advisory committees is now well established with many councils. Business improvement districts have demonstrated how local businesses can jointly highlight the historic environment’s contribution to the local economy, and introduce measures to enhance the special interest and character of conservation areas. Shoreditch, Norwich HEART and Birmingham’s Jewellery Quarter have all been trailblazers for this form of community management.

Elsewhere Historic England has created a significant opportunity for the public to contribute to our knowledge of designated heritage assets through the successful Enriching the List project, demonstrating the potential for community engagement in gathering information about heritage assets. Through the revolution of neighbourhood planning, communities are already delivering development policies specific to individual conservation areas.

Indeed, our advice note on designation, appraisal and management of conservation areas points out that neighbourhood plans are now an appropriate place to identify potential new conservation areas or the need to review the boundaries of existing ones. Such projects still normally require a level of professional oversight, but in such cases the professional has become a trainer, facilitator and editor rather than the author of the evidence, policy or decision, potentially requiring a new skillset for heritage professionals.

Historic England is also looking closely at how the information used to manage conservation areas is maintained and presented. The preparation of conservation area appraisals is a significant investment in management for councils, with a continuing resource requirement for periodic review (five years is currently considered good practice as a period for review).

Our recently published advice note on designation, appraisals and management of conservation areas suggests that the addition of a short addendum may be a cost-effective means of updating a conservation area appraisal, removing the need to undergo a more extensive redrafting process. Combined with the annual survey’s review of potential issues affecting the area, this could provide a rapid approach to ensuring that information remains relevant.

We also promote good practice in combining appraisals into a single document, so that repeated elements, such as guidance for property owners and information about the planning and legal implications of designation, need be produced only once. In some cases, this means that it may be possible to streamline the assessment of each area’s special interest, particularly where a group of similar areas share many features of architecture and history.

Historic England recently supported the preparation of 16 conservation area appraisals in Craven District, which were produced very economically by taking this approach. A combined introduction document provides an overview of the special interest of the areas, while each area is then reviewed through a short assessment document to identify its key specific features. This also included assessment of the development potential of areas of open space either within or outside each area, including considering impacts on views.

Each of these mini-appraisals includes a pdf map, with selectable layer views providing an annotated assessment of the contribution of spaces with hotlinks to the document text sections describing each area’s contribution and sensitivity to change. In this way the presentation of information is optimised for supporting development control officers by providing rapid access to understanding the contribution of spaces to each conservation area; and for the preparation of the local plan by providing a comprehensive assessment of the sensitivity of land for large housing allocations near conservations areas.

Other approaches to presenting information in more accessible formats will be promoted over the anniversary year. While there is certainly an important place for more detailed appraisals, particularly in those more complex areas with multiple areas of threat, more innovative and efficient appraisals will be a key focus to help councils manage effectively in the face of pressure on funding and resources.

A final opportunity that we will be seeking to explore in the anniversary year is how conservation areas can be active as a tool for management. An example from East Lindsey District is the combined use of appraisal, Article 4 direction and local development. This daisychain of documents enables the council to identify the contribution of features to the area’s significance and threats to them, and provides a means of reducing those threats while also enabling development judged to be beneficial to the area.

Our survey reveals that areas with conservation area management plans are considerably less likely to be at risk, yet these documents are infrequently prepared. In the south east this has been addressed by combining management plans for numerous areas into a single document (in both Aylesbury Vale and Gravesham Districts). Historic England has tested a set of generic ‘issues and proposal’ cards to help generate a management plan by considering the range of standard management options that might be applied to the most common issues faced by conservation areas, while considering budget and resource constraints, and opportunities to maximise benefits with options that address more than one issue.

Again these provide a useful means for councils working with communities to consider how conservation areas could be more effectively managed, including ensuring that new development helps to resolve existing issues, as well as identifying other opportunities to enhance the character and appearance of areas, and reveal their special historic or architectural interest.

Retrieved from "https://www.designingbuildings.co.uk/wiki/How_to_make_conservation_areas_work"
Create an article