This article originally appeared in Context 20, published by the Association of Conservation Officers (now The Institute of Historic Building Conservation) in Autumn 1988. It was written by R B Heaton, B. Arch., FRIBA. 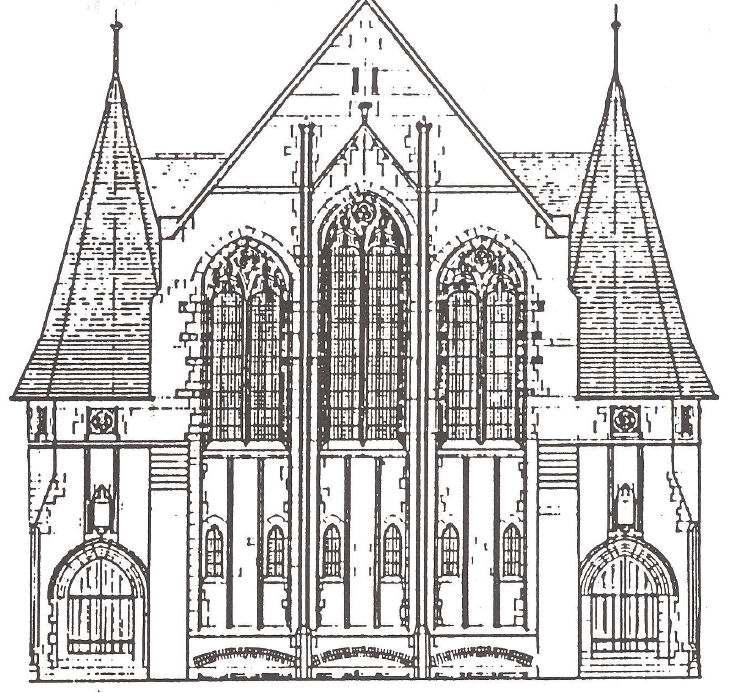 While legislation was being prepared for the Act which would enable the creation of the then idea of Conservation Areas, the Minister responsible decided to commission conservation studies of four important cities of which Chester was one. The result was the pioneering ‘Chester A Study in Conservation’ by Donald Insall published in 1968.

The present book is a detailed review of conservation work carried out in Chester in the twenty years since that original study. Twenty years ago the study revealed the almost terminal decay concealed behind the familiar facades of historic streets.

It is to the everlasting credit of the City Council that it was brave enough to undertake the massive task of conserving these most important buildings instead of taking an easy option of allowing full reign to the bulldozers.

The problems of implementing this conservation policy must have seemed almost insuperable at the start with so many conflicting considerations to be reconciled such as traffic, fire regulations, building regulations, dangerous structures, multiple ownership and finance.

In this book is recorded the story of how these difficulties were overcome. How public opinion was convinced of the correctness of the conservation policy, how owners of historic property were persuaded to repair their buildings with the help of generous grants, how reluctant owners were persuaded by 'stick and carrot’ threats of preservation notices, repair notices and offers of grants and in some desperate cases how the Council itself purchased important buildings and carried out the necessary repairs and rehabilitation.

The authors not only describe the overall policy but describe in detail the problems and progress in the restoration of individual buildings and groups of buildings. They are also brave enough to record the failures as well as the successes

The results are there for all to see: well preserved buildings, people brought back into the city, prosperous businesses and pleasant pedestrianised areas both for the inhabitants and visitors.

This is a success story and all connected with it are to be congratulated.

This book will be an inspiration to all conservation officers and of great interest to all who are committed to the cause of conservation of our heritage.

Chester Council announce the publication, on the 29th April 1988, of Conservation in Chester - the story of twenty years of action to preserve and enhance the character of a city. The publication has been sponsored by North West Securities Ltd.

Over the past two decades, Chester has visibly awoken as a delight among cities. Today, with its kaleidoscope of buildings from every century, this outstanding cathedral city is a thriving commercial and tourist centre. Yet it could have been very different. In the 1960s whole areas within the ancient walls were in decline. Gaps and clearance sites yawned, important historic buildings were unsafe, and large-scale redevelopment appeared inevitable. Major road works entailed the destruction of attractive areas and insensitive modern architecture was ignoring the essential character of the place. The future for Chester's heritage looked bleak.

However, in Chester and elsewhere, public opinion began to mobilise; opposing the forces of decline and decay, and the attitudes of the bulldozer. Then, in 1966 Chester was one of four historic towns invited by the Government to join in commissioning studies of the problems facing urban conservation. The report by Donald Insall and Associates inspired the City Council to launch an ambitious conservation programme.

Conservation in Chester describes the problems faced by the city, and the policies that balance preservation with improvement. It records how the rot was stopped, how confidence was re-established and how the process of renewal became infectious. There is analysis of achievements - and Of failures. Progress in eleven key areas is recorded and many case studies included. The study demonstrates a variety of solutions to differing problems and identifies concerns for the future.

Chester's unique approach will be of interest to everyone concerned with our historic environment. By showing how one city has tackled the problems of urban conservation, it is hoped that this study will prove useful to other historic towns, demonstrating that determination can overcome despair and that latent assets can be mobilised to preserve and enhance the essential spirit of a place.

Lord Montagu of Beaulieu, Chairman of English Heritage has already commented that:-

'Copies of this report should be On the desk Of every Conservation Officer and every Chief Officer with a responsibility for conservation in the country, and it will be of great interest to elected members.'

Conservation in Chester was available from the Department of Technical Services at the Town Hall, Chester and from major bookshops in Chester.

Retrieved from "https://www.designingbuildings.co.uk/wiki/Conservation_in_Chester"
Create an article