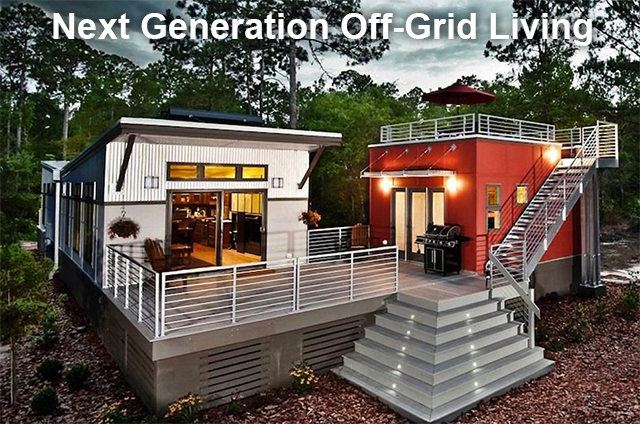 Having just returned from a trip to Alaska, it occurred to me that most of the 660,000 sq miles of this beautiful state will never be habitable until a more complete off-grid solution is found. In Alaska, they’ve already figured out how to turn every one of their 3 million lakes into a landing strip, so transportation is far less of an issue than power, heat, lights, water, and communications.

Until recently, the off-grid living community has been focused on energy-related issues. Living in rustic conditions, chopping wood, hauling water, hand washing clothes, and poor lighting after dark made the lifestyle changes necessary to make the shift rather severe. That’s about to change.

Writing an article like this is often an exercise in connecting the dots, and from my perspective, there are three primary inputs and two primary outputs for off-grid living. The inputs are energy, water, and media (internet), and the outputs are sewage and trash.

Three recent innovations are causing a shift in design thinking, making it far easier for people to become part of the off-grid living movement. The innovations include energy storage for the home, solar-powered Internet drones, and atmospheric water harvesters.

As some point, most of these structures will be designed and produced with some form of 3D printing in a matter of hours.

These advances will give us the tools for creating each of the inputs without wires, pipes, or infrastructure, and managing the outputs without polluting the surroundings. 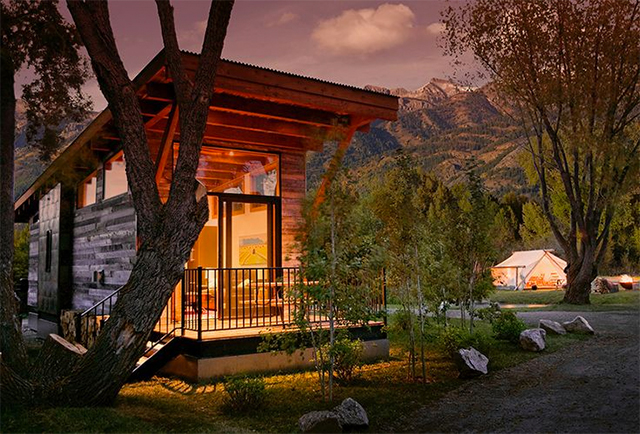 [edit] Energy storage for the home

Solar and wind companies have been growing exponentially over the past decade. Alternative forms of power generation have been taking place in homes in literally every country in the world for many years.

The missing piece has been an efficient way to store the power from one day to the next.

In February 2017, Elon Musk announced plans to enter the home energy storage business as a natural offshoot of his Tesla battery business. Since then, a number of competitors have surfaced including Mercedes-Benz, Nissan, Powervault, Samsung SDI, LG Chem, and the Saft Group.

Battery systems like this will enable homeowners to keep plenty of power in reserve for all of the cloudy and rainy days when solar doesn’t work, and the super still times when the wind doesn’t blow. 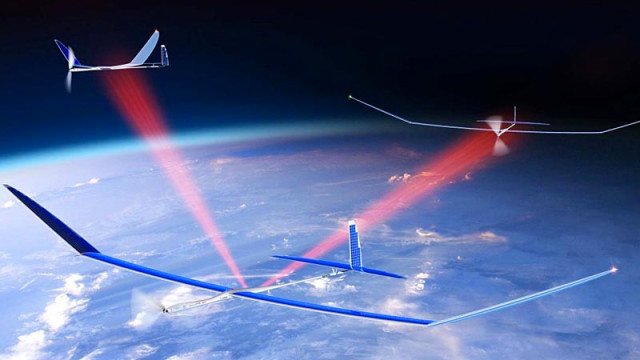 [In the future, solar powered drones will provide high-speed Internet to even the most remote regions on earth]

In 2016, Google bought a solar-powered drone company, Titan Aerospace, at roughly the same time that Facebook completed their purchase of a similar company, Ascenta.

Solar-powered drones will function like low flying satellites to provide Internet, Wi-Fi, and telecom services to people in remote places on earth. Flying at altitudes of over 80,000 ft, they are above weather patterns and above commercial air traffic. With photovoltaic panels lining virtually every surface of the aircraft, and no clouds to interfere with their ability to generate power, they’ll be able to stay aloft for years at a time.

Not surprisingly, off-grid living enthusiasts are anxious for their arrival, as communications has become such a vital piece of modern living.

Even though Google suffered a momentary setback with the crash of one of their prototype aircraft earlier in 2017 in New Mexico, this is an industry with a bright future ahead. 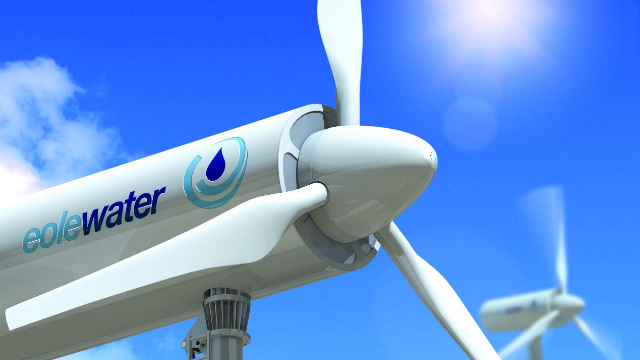 An atmospheric water harvester is a device that extracts water from the air.

Even though the ancient Incas had mastered the process collecting dew and channeling it into cisterns for later use, and had even developed a form of water-collecting fog fences to store moisture in portable containers, the process was essentially lost until recently.

Early versions were slow to catch on in the marketplace for several reasons. The amount of energy needed to extract water from air was cost-prohibitive, some were too noisy, and most could not be adjusted to account for local variances in humidity and climates.

Since then a number of better designed air-to-water companies have sprung up using wind and solar to keep energy costs to a minimum. Here are a few examples: 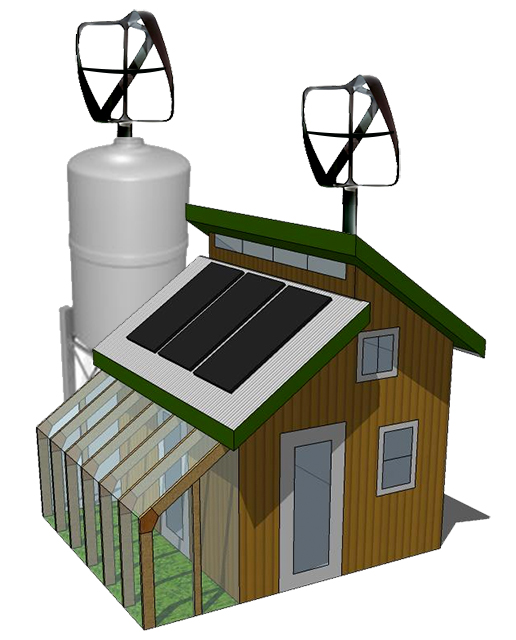 I refer to this as an engine because key components can be designed as a self-contained modular unit to serve as the functional core of virtually any off-grid home.

This will involve designing a kitchen-bathroom unit that is tied to solar/wind generators with energy storage systems, atmospheric water harvesters, overhead water storage, and next-gen antennas for high speed Internet/telecom, collapsible in size to a single transportable unit that can fit in most shipping containers.

Going one step further, by adding state of the art shredding and incineration for trash, as well as electric incineration and composting for toilets, homeowners will be able to keep their outputs to the 1% range that the entire country of Sweden is currently achieving.

Once the 'off-grid engine' is in place, for simple homes it’s only a matter of adding extra rooms to complete the house. More complex homes may require a second or third “engine” for more advanced lifestyles.

Many will even use the shipping container it was shipped in as part of the home itself. 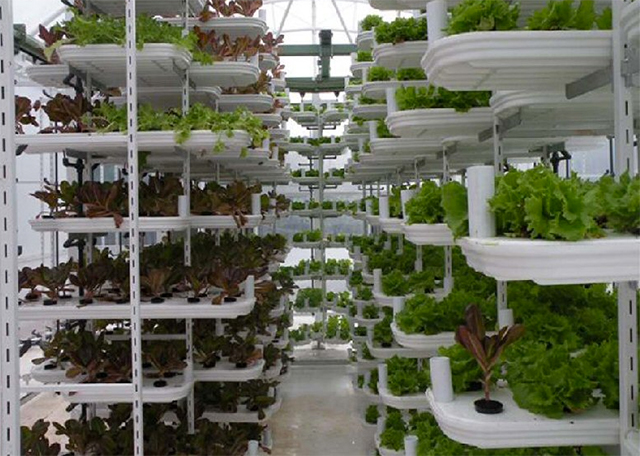 For those wanting to grow their own food, hydroponic, aquaponic, and aquaculture systems can also be driven by the same off-grid engines.

With standard features and capabilities already built-in, new residents will find it quick and easy to adapt, eliminating virtually all their monthly bills in the process, even charging their own electric cars at home.

My prediction is that the first company to master this concept will create an entirely new market, and DIYers wanting to build their own little getaway won’t have to master all the intricacies of today’s ultra complex off-grid systems. 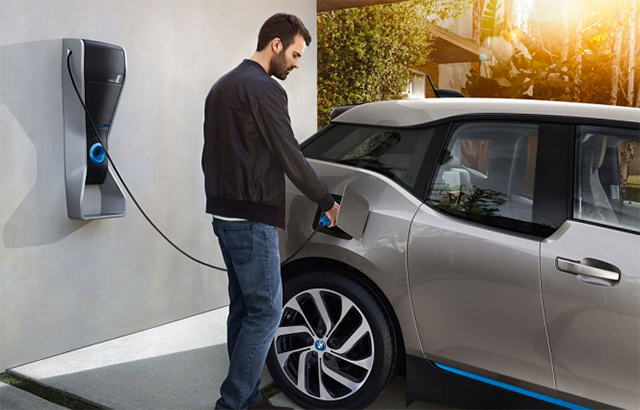 [With off-grid homes and cars, monthly expenses will plummet]

Even though the State of Florida has made the shortsighted decision to make off-grid living illegal, there will be plenty of opportunity in the rest of the world.

The recent surge in interest for tiny homes, ecocapsules, backyard shedquarters, shipping container homes, and less-traceable lifestyles are all driving us towards something that can best be described as “simpler living.”

There will always be people who love surrounding themselves with the opulence of their own wealth, but the general trend is in the other direction. Simpler, more manageable lives, that give us the opportunity to experience life on a more symbiotic level.

What I have presented here is one version of many possible directions off-grid homes may evolve into, but I’d love to hear your thoughts.

Will there be an off-grid engine driving your future?

This article was written by Futurist Thomas Frey

Author of “Communicating with the Future”

Retrieved from "https://www.designingbuildings.co.uk/wiki/Engineering_the_Secret_Engines_of_Off-Grid_Living"
Create an article