MEES was introduced by the Energy Efficiency (Private Rented Property) (England and Wales) Regulations 2015. At the time, the government estimated that 18% of commercial properties held the lowest EPC ratings of F or G.

The regulations stipulate that from April 2018, existing tenancies cannot be renewed nor new tenancies granted if a building has less than the minimum Energy Performance Certificate (EPC) rating of E. After April 2023, landlords will not be allowed to let any buildings which have an EPC rating worse than E.

MEES does not apply to buildings:

Local Weights and Measures Authorities (LWMAs) will enforce the MEES Regulations, and have the power to impose civil penalties.

The lease between landlord and tenant remains valid regardless of the property being let in breach of MEES, or a penalty being imposed.

Landlords will still be able to let buildings to which MEES apply, but which are below the E rating, if certain exemptions apply:

Exemptions should be registered on the government’s PRS Exemptions Register.

[edit] Who will be affected?

The current Regulations are only applicable for England & Wales; the Scottish Government is expected to release their own Regulations in Q2 of 2018.

Landlords' primary responsibility is to upgrade non-compliant buildings. Steps landlords can take to prepare might include:

In December 2017, a consultation was launched on the government’s plan to limit landlord contributions towards upgrading homes at £2,500 per property. However, the government's own impact assessment demonstrates that 70% of the homes in the lowest two bands (F and G) would not be improved into band E with such low investment.

In February 2018, with domestic landlords still unclear as to the financial implications of the MEES introduction, a leading sustainability expert warned that the government's proposed cap is flawed.

Richard Twinn, policy adviser at the UK Green Building Council, said; “The government is proposing a policy that will not work. Since the demise of the Green Deal, it has been clear that a cost cap for landlords is the only effective way to implement the MEES. Unfortunately, the proposals included in the consultation risk watering down the policy. The problem is that it [the cap] is too low. With a £5,000 cap, 260,000 band F and G properties would be lifted into band E. With the current proposal, landlords will still have to make some improvements, but the properties will be less energy efficient than they would have been.”

In November 2018, the government announced amendments to the regulations to the effect that, from April 2019, landlords wishing to rent out F and G rated properties will be first required to upgrade them to Band E. The cap that will be placed on landlord contributions will be £3,500. If upgrades cost more than this cap, landlords will be able to register for an exemption.

"It is encouraging that the Government has listened to concerns about the MEES and has increased the level of cost-cap. But, unfortunately the amended regulations announced today are only half-measures on tackling both fuel poverty and carbon emissions. The Government’s own impact assessment shows that setting the cost cap at just £3.5k will only bring 32% of F and G rated homes up to Band E. And it is those families in the worst-performing, draughtiest homes that will be left behind."

Freehold investors will not be affected by the MEES Regulations where the term of the headlease is more than 99 years. However, they should be aware that there is a chance that the value of any property assets which do not conform to the minimum standard could be negatively impacted. Prospective tenant landlords may be reluctant to take on a sub-let if they will be responsible for implementing costly improvements.

Freehold investors who have tenant landlords in place will, however, benefit from the improvements being paid for by the landlord.

If a property has more than one landlord, the terms of the headlease will be likely to determine which landlord is required to take on the financial burden of making the necessary improvements.

Similar issues could affect developers who own freehold assets that are waiting for development. The timetable for future development programmes could be affected by the implementation of the MEES Regulations.

The regulations pose a threat to lenders in the event that a building does not meet the minimum standard, leading to a reduction in the value of their security, as well as their ability to let the property. This could mean that a landlord borrower finds it more difficult to make repayments to the lender due to loss of rental income and additional costs for improving the building’s energy efficiency.

Lenders could also become subject to the MEES Regulations if they take possession of a property following a default, becoming the freehold investors or landlords.

However, the MEES Regulations also provides lenders with the opportunity of lending to landlords who seek to improve their properties accordingly.

A Private Members Bill has been introduced to Parliament which would commit the Government to ensuring that:

Retrieved from "https://www.designingbuildings.co.uk/wiki/Minimum_energy_efficiency_standard_(MEES)"
Create an article 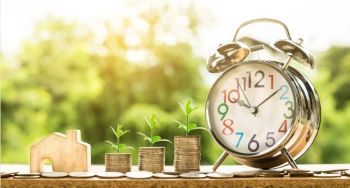 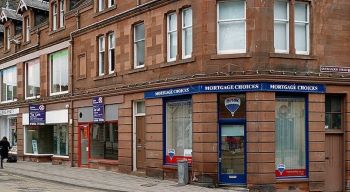