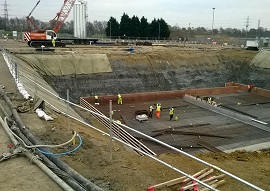 Excavation works for underground infrastructure such as deep basements or tunnels often encounter groundwater. Working below groundwater level can be difficult, as the excavation is at risk of instability and inundation. However, modern geotechnical techniques can allow groundwater to be safely managed.

In cities, space is at a premium. Increasingly, new infrastructure requires work below ground for deep basements, tunnels and other underground spaces. In London, Crossrail is a prime example of how new infrastructure is using below-ground engineering skills to fit new infrastructure beneath and around all the existing paraphernalia of a bustling city.

Civil engineering underground often hits a poorly understood but very real problem – groundwater. This is an especial problem when excavating in water-bearing soil (such as sands and gravels) or fissured rock (such as chalk or sandstone). Without suitable control measures, inflows of groundwater can flood excavations or tunnels, and can also lead to instability when the soils or rock around the excavation weaken and collapse – either locally or on a large scale.

Over the last few decades there have been several high-profile projects around the world that have been seriously delayed by groundwater problems. On the other hand, a much greater number of projects have successfully dealt with groundwater with no obvious problems. In the south of England, projects like High Speed 1 (known as the Channel Tunnel Rail Link during its construction in the early 2000s) and Crossrail have routes which successfully passed through multiple water-bearing strata, including crossing beneath the River Thames.

The secret is – not that it is a secret to geotechnical engineers – that there are several construction techniques that can be used to control groundwater.

[edit] How do civil engineers deal with groundwater?

The first thing that needs to be done to ensure that groundwater can be effectively dealt with is to gather information to understand the problem. This involves a site investigation, which might involve drilling and testing of boreholes, measurement of groundwater levels and tests to measure the permeability of the ground. Permeability is a measure of how easily water flows through soils or rocks. High permeability soils and rocks tend to be water-bearing and are typical of the conditions where groundwater can cause problems for construction projects.

The techniques used to control groundwater include:

Also known as ‘dewatering’, this approach involves pumping groundwater from an array of wells or sumps around the excavation. The objective is to lower groundwater levels to below working level in the excavation. Examples of this group of techniques include sump pumping, wellpoints, deepwells and ejector wells. 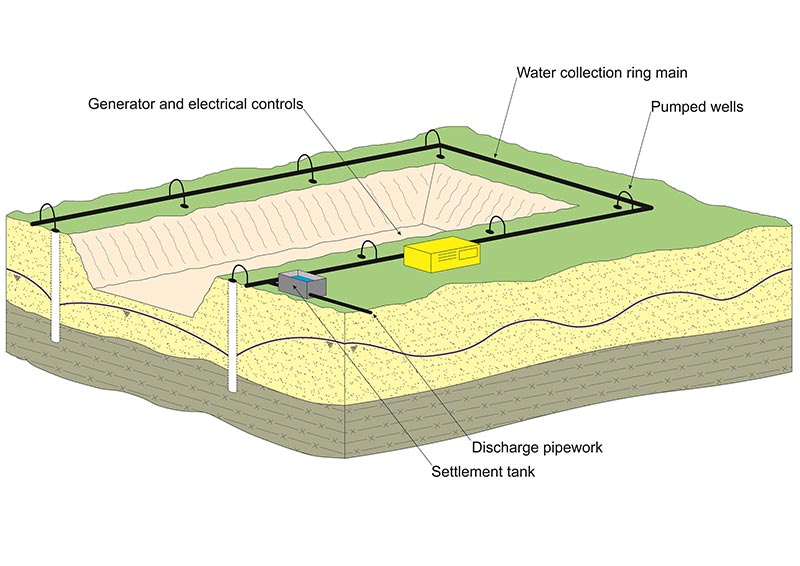 In this approach, low permeability barriers (known as 'cut-off walls') are installed into the ground around the perimeter of the excavation. These walls act as barriers to groundwater flow, and effectively exclude groundwater from the excavation. The requirement to pump groundwater is limited to pumping out of the water trapped within the area enclosed by the cut-off walls. Examples of the techniques used to form cut-off walls include steel sheet-piling, concrete diaphragm walls, concrete bored piles and bentonite slurry walls. 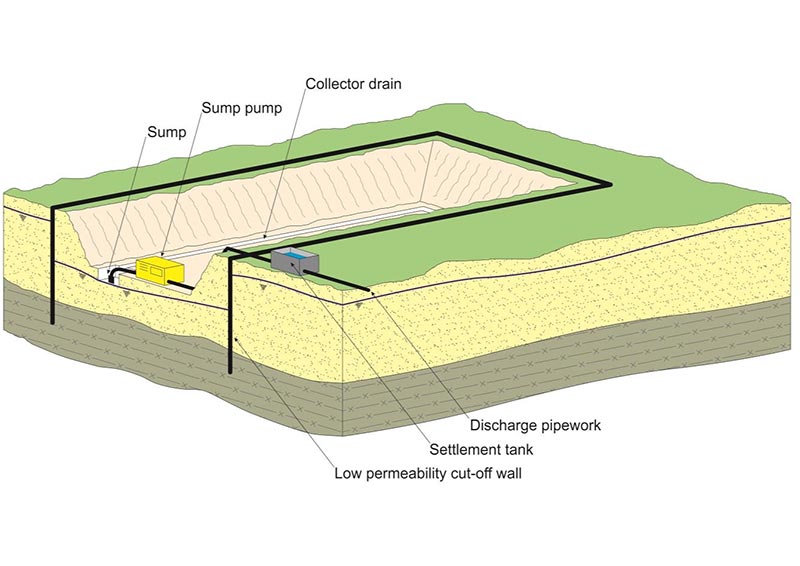 This involves the injection into the ground of fluid grouts that set or solidify in the soil pores and rock fissures. The grout blocks the pathways for groundwater flow and can produce a continuous zone of treated soil or rock around the excavation that is of lower permeability than the native material. This reduces groundwater inflow in a similar way to cut-off walls. The most commonly used grouts are based on suspensions of cement in water.

In this technique, a very low temperature refrigerant (either calcium chloride brine or liquid nitrogen) is circulated through a series of closely-spaced boreholes drilled into the ground. The ground around the boreholes is chilled and ultimately frozen. Frozen soil or rock has a very low permeability, and will significantly reduce groundwater inflow into any excavation.

This article originally appeared as ‘Groundwater control in urban areas’, published by the Institution of Civil Engineers on 3 February 2016. It was written by Dr. Martin Preene of the British Geotechnical Association.

Retrieved from "https://www.designingbuildings.co.uk/wiki/Groundwater_control_in_urban_areas"
Create an article