We don’t design a road through a pylon or a house through a gas main so why don’t we design surface drainage properly?

Ian Titherington, Lead Officer, Cardiff City Council calls for recognition that this most inflexible public utility, should be considered first and not last. 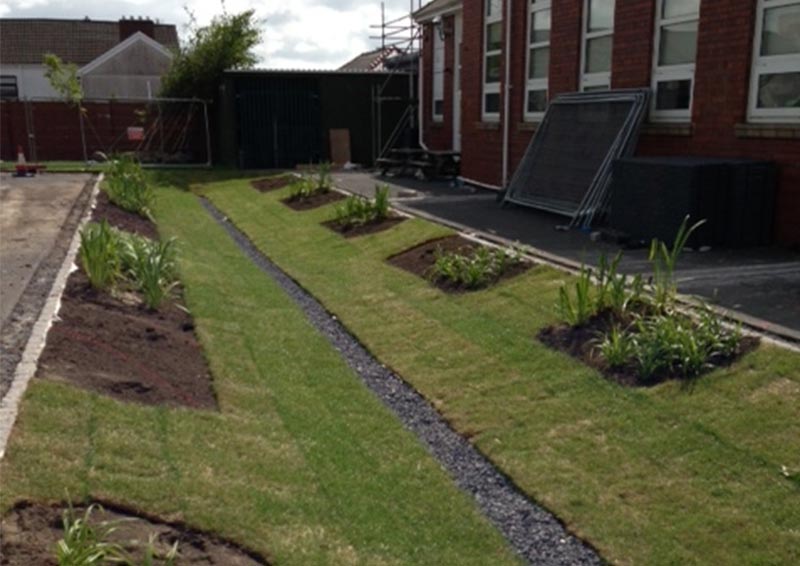 My current substantive role, as a civil engineer in local government, is to advise on all drainage matters relating to planning applications. These can range from simple house extensions to housing developments of over 7,000 homes, so it’s fair to say that the depth and detail of information supplied can vary somewhat.

I am not clear why such a fundamental error occurs so frequently, often being repeated despite our written and verbal advice otherwise. During such moments of (repeated, unnecessary) exasperation, I have come to the conclusion that the best way to avoid this is by treating surface water management just like any other public utility.

Just sit back for a minute and put gas, electricity, fibre optics, water supply, sewage and surface water all in the same group. Then, ask yourself which are the easiest and which is the hardest to design into a new development. Finally, ask yourself which is usually left until last. Yes, it’s rainfall run-off – the very hardest to manage.

[edit] Why do we put surface water last?

There lies the crux of the problem. The development industry often has a blind spot when it comes to surface water, which can result in increased construction costs, delays in planning and - if it goes badly wrong - the dreaded loss in housing density.

You may say that this is a very rare occurrence, but I beg to differ. I will often find myself working with an embarrassed designer, trying to retrofit drainage on a development that has yet to be built. On a sizeable development, is it really beyond the gift of developers to recognise the green/blue corridors, do a few BRE 365 tests, model exceedence flow directions and draft out flows, soakaways and attenuations? You would not stick a road through a pylon or a house on a gas main, so why do it to surface water?

[edit] Getting more SuDS happening in throughout the UK

Understanding surface water as a (forgotten) public utility can really help everyone involved in a development get the highest quality and highest value sustainable urban drainage system (SuDS) included in developments, whichever part of the UK they’re working in.

However, in Wales we may well be taking action to stop this by implementing schedule 3 of the Flood & Water Management Act. In theory, this legislation when enacted in November 2018, should not only put good SuDS practice at the heart of good site design, but also force developers to recognise that the most inflexible public utility should be considered first and not last. It is in everyone’s interests that they do so.

This article was originally published here on 26 March 2018 by ICE. It was written by Ian Titherington, Lead Officer, Cardiff City Council.

Retrieved from "https://www.designingbuildings.co.uk/wiki/Surface_drainage"
Create an article