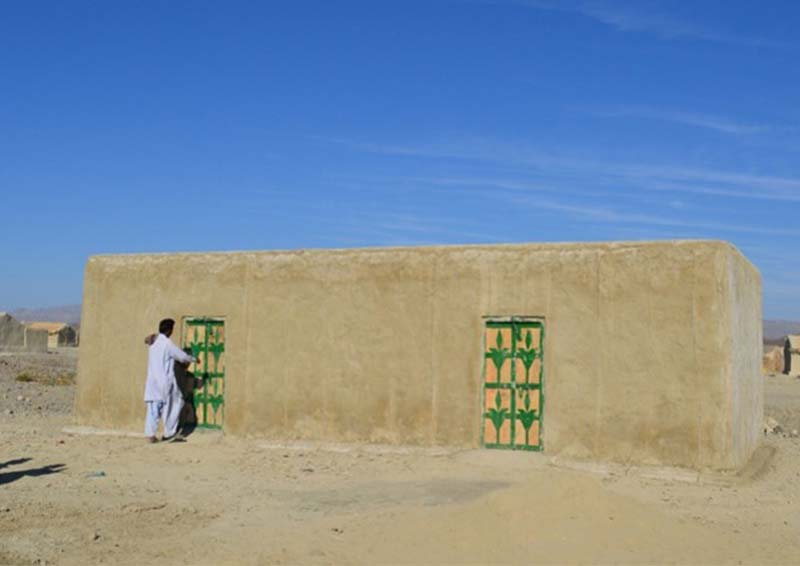 Earthen construction encapsulates many different and varied forms of techniques and applications. As a vernacular solution, it has developed over many thousands of years in all inhabited continents of the world. In many rural regions of Africa, Asia and South America, earthen construction remains the predominant building solution.

Over the last 25 years, worldwide research and development work in the earth – the most ancient and abundant of construction resources – has grown significantly. Scientific articles about earthen construction now appear regularly in leading international journals, with a renewal in both new construction and conservation developing alongside this work.

The Institution of Civil Engineers (ICE) has commissioned and published a themed issue of Construction Materials on earthen construction.

Although concrete is now often cited as the most used modern construction material, over the course of human civilisation, earthen construction has undoubtedly played a much wider and, arguably, a more significant role.

The raw material of earthen construction is usually sub-soil, sourced locally and mixed together with water – and occasionally other materials such as straw or animal dung – to form materials ranging from sun-dried mud blocks (adobe), compacted rammed earth, moulded cob, decorative plasters and renders for a range of buildings.

Earth is most commonly used where other traditional materials, such as timber and stone, are not available or affordable. Consequently, earthen construction is often incorrectly seen as primitive, associated with poverty and vulnerability.

However, many of the world's celebrated civilisations have used earth to build many of the world's greatest structures and buildings that remain to this day. Examples include ancient Egyptian pyramids, large sections of the Great Wall of China, the Alhambra Palace in Granada and the Great Mosque in Djenne, Mali.

A number of countries around the world now have national standards or design guidelines specifically for earthen construction. The modern development of earthen construction can often find its origins in the need to authentically conserve historic buildings; traditional techniques have been relearnt and provided stimulus for new-build applications. In the search for lower energy (and carbon dioxide) alternatives, materials practitioners and researchers have increasingly returned to earthen construction over the past 40 years.

Earth offers the potential for a much lower impact solution in a range of applications, but it also offers interesting new benefits for building occupants and the building fabric, such as moisture buffering and hygrothermal performance.

Passive regulation of internal relative humidity levels offers potential for improved health and well-being of occupants; since many of us spend around 90% of our lives inside buildings, better indoor air quality will be of great benefit to us all.

Four papers provide a window into the much wider work that is currently ongoing in earthen construction and materials worldwide.

Although principles are the same, there is not an agreed unified method to determine moisture buffering values. Experimental results from previous work are also reviewed together with findings from full-scale tests and in situ measurements. For those interested in hygrothermal regulation, McGregor et al's review is a helpful introduction to the current state of the art for earthen materials.

Compared with many industrial era materials, earthen materials are relatively weak and brittle in both compression and tension. The unconfined compressive strength of natural earthen materials are generally under 5 N/mm² and frequently below 1 N/mm²; tensile strengths are correspondingly very low and in design they are often ignored. Consequently, earth walls tend to be relatively thick to withstand the vertical and lateral loads imposed upon them.

However, the need for massive construction consequently increases the building costs of both materials and labour. The use of natural fibres (straw) to strengthen mud bricks is well known and dates back over thousands of years.

Taking unfired clay bricks off the brick production line before kiln firing offers a ready supply of earthen materials suited to a variety of non-loading applications, such as in-fill for timber framed buildings. Using unfired brick units not only offers a ready supply, but offers thinner earthen wall elements overcoming some of the concerns in using traditional rammed earth or cob walling (Morton, 2008). However, reducing the thickness increases vulnerability of unfired wall elements to water damage, limiting their wider use as load-bearing elements.

Increasing the water resistance of unfired clay elements has led to the investigation of many different types of stabilisation, with cement and lime being two of the most commonly used materials. However, the drawback of stabilisation is increased embodied energy.

The interest in earthen construction over the past 25 years has seen growth in research activity and has also led to various new conferences, seminars and symposia. The First International Conference on Rammed Earth Construction was held in Australia in 2015. In their paper, Ciancio et al. (2016) report on the conference, summarising discussions on some key research areas including thermal performance, soil suitability, insulation systems, design methods and standards.

This article was originally published as Building better with earth by ICE on 27 Sept 2016. It was written by Pete Walker.

Retrieved from "https://www.designingbuildings.co.uk/wiki/Earthen_construction"
Create an article