Largest sandcastle in the world 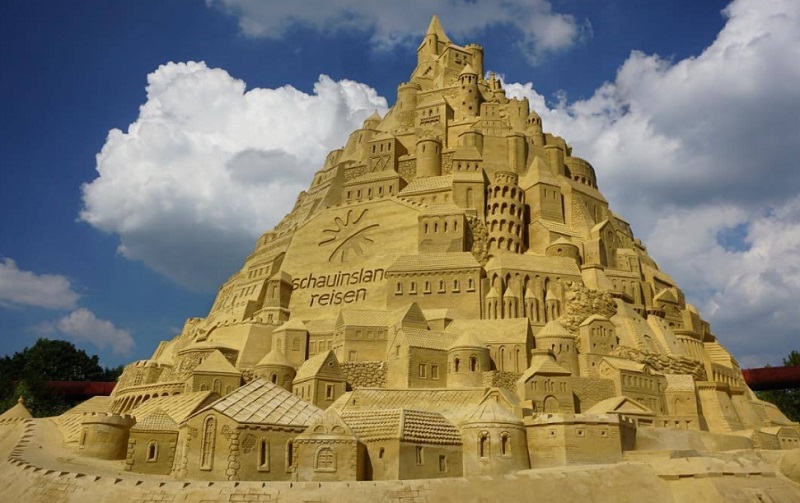 In September 2017, the Guinness Book of World Records officially crowned a new champion for the title of world’s largest sandcastle.

Despite being a landlocked city, the sandcastle is located in Duisburg, Germany, and is the city’s second attempt at the title. They were disqualified in 2016 for using materials other than sand and water after the sandcastle suffered a significant collapse.

The new and victorious ‘sandscraper’ reaches a height of 16.68 m (55 ft) and is made up of more than 3,860 tons of sand. It took a team of designers more than three weeks to complete. To try and avoid the problems of last year, the team used a different variety of sand, composed of a very fine quartz measuring less than 1 mm per grain. They had to deal with a minor collapse mid-way through the construction, but by amending and adapting their design, they were able to complete it on schedule. 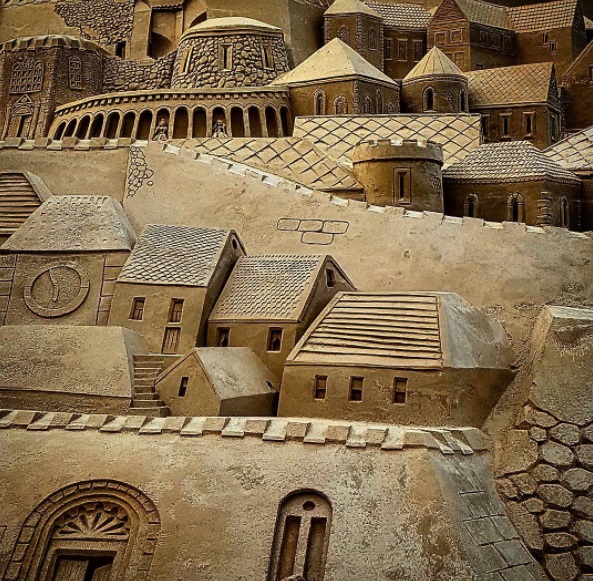 Their design is based on a medieval city, and inspired by Pieter Bruegel’s masterpiece ‘The Tower of Babel’. The sculpture is intricately detailed and incorporates famous structures including a scale version of the Leaning Tower of Pisa.

The sandcastle claims the world record from a structure completed in February 2017 in Puri, India, which measured 50 ft tall. It is to remain on view to the public until 29th September 2017.

Retrieved from "https://www.designingbuildings.co.uk/wiki/Largest_sandcastle_in_the_world"
Create an article