This article showcases some of the most well-known uses of buildings and architecture in music. 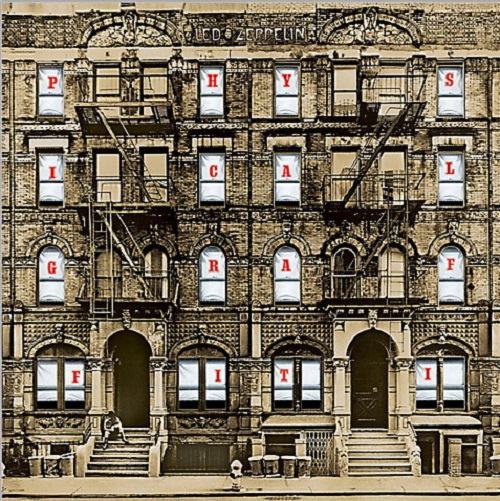 The cover to Led Zeppelin’s epic 1975 album ‘Physical Graffiti’ is a photograph of two five-storey buildings in New York City. The buildings are typical of the tenement block style found in the city, particularly the East Village of Manhattan, with design features such as external fire stairs, and concrete steps leading up to large front doors, each of which are flanked by Corinthian pillars. 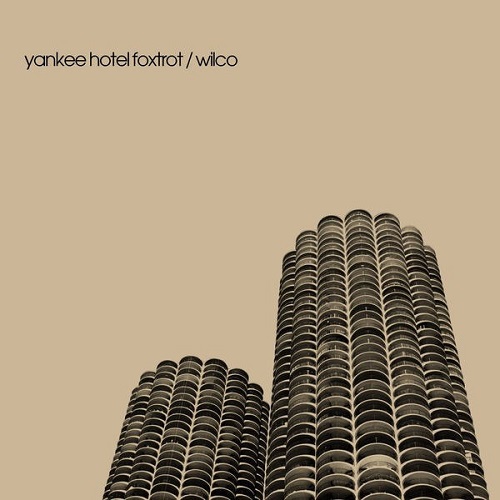 The twin towers known as Marina City were designed by Bertrand Goldberg and completed in 1967. Nicknamed the 'corn cobs' because of their semi-circular balconies, the structures have been widely praised for their technical innovation, and its model of mixed residential and office use, with parking at its base has been adopted for urban development across the United States and around the world. 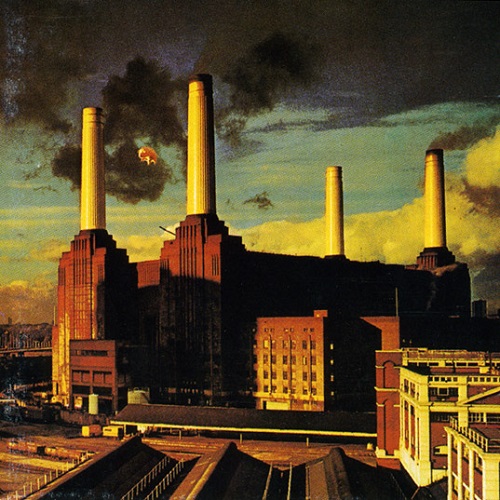 Battersea Power Station is one of Britain’s most famous buildings. It was designed by Sir Giles Gilbert Scott and J. Theo Halliday and was a coal-fired power station with a steel girder frame and exterior brick cladding before it was decommissioned between 1975 and 1983. After a long period lying derelict, it is currently undergoing extensive redevelopment works as part of a prestigious new residential project.

Oasis – ‘Standing on the Shoulders of Giants’ 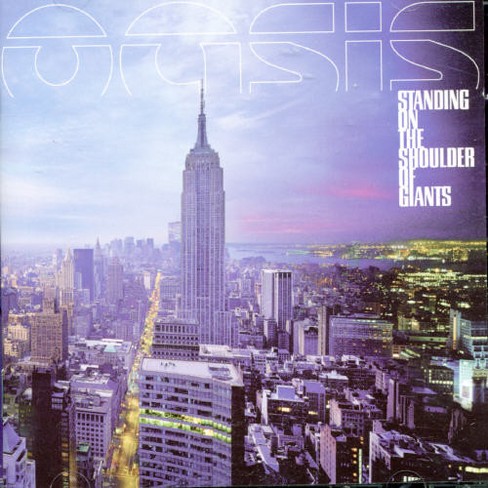 The Empire State Building, in Midtown Manhattan, New York City, is one of the most iconic skyscrapers in the world. Standing at 381 m tall, (total height with spire - 443 m), it held the title of world’s tallest building from 1931 to 1971, and today remains the fourth-tallest building in the United States. It is particularly distinctive for its art deco design, typical of pre-World War II architecture in New York, together with a series of steps in its profile that cause it to taper with height. 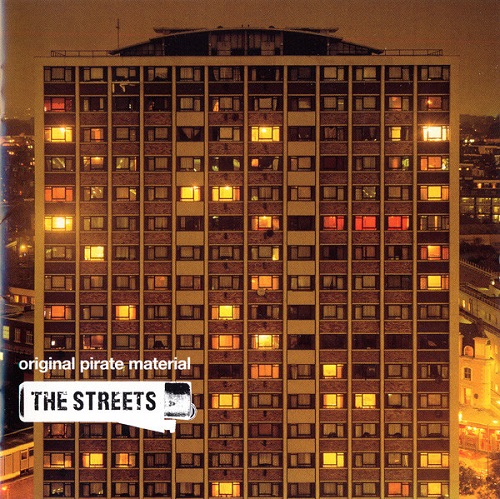 The front cover of The Streets’ album is a photograph of the south face of the 18-storey tower block Kestrel House on the City Road estate in Islington, North London. The tower block was completed in 1968 and has a height of 55 m. 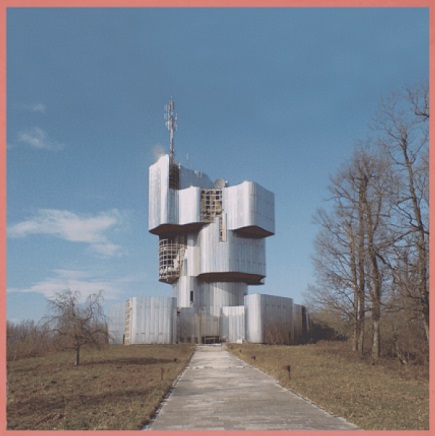 The front cover of Unknown Mortal Orchestra’s debut album depicts the Petrova Gora Monument (full name: Monument to the Uprising of the People of Kordun and Banija); a World War II monument located on the peak of Veliki Petrovac in central Croatia.

Designed by the Croatian sculptor Vojin Bakic, the momument was completed in 1981 and is constructed of reinforced concrete and stainless steel slabs.

It is a famous example of a ‘spomenik’, a range of which were built around Eastern Europe to pay homage to the Communist resistance to the Nazi occupation.

Kendrick Lamar – ‘To Pimp a Butterfly’ 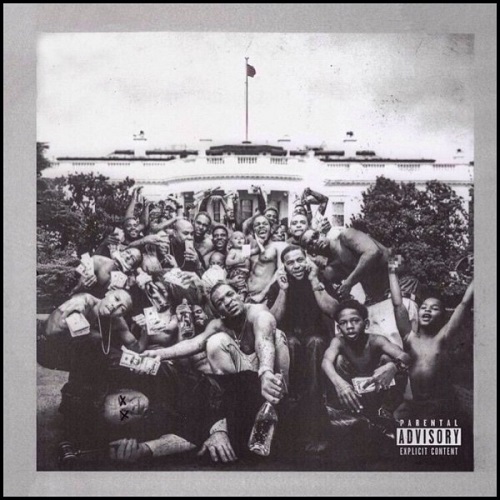 The White House in Washington D.C. has been the official residence of the President of the United States since 1800. The building was designed by architect James Hoban who was inspired by the classical architecture of the Roman Vitruvius and the Renaissance-era Andrea Palladio.

Situated on Pennsylvania Avenue part way between the Washington Monument and the State Capitol Building, the White House is seen as an emblem of American state power and remains one of the most recognisable buildings in the country. 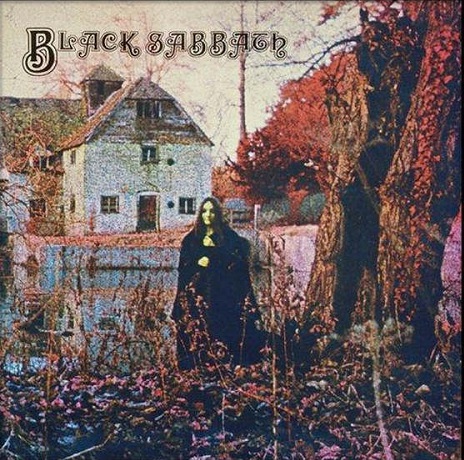 The 1970 debut album by heavy metal pioneers Black Sabbath made famous Mapledurham Watermill, a historic watermill in the county of Oxfordshire. It was built in the 15th century, with further extensions made over the following centuries. It is now a Grade II-listed building and preserved in an operational state, capable of producing approximately 500,000 kW per year. 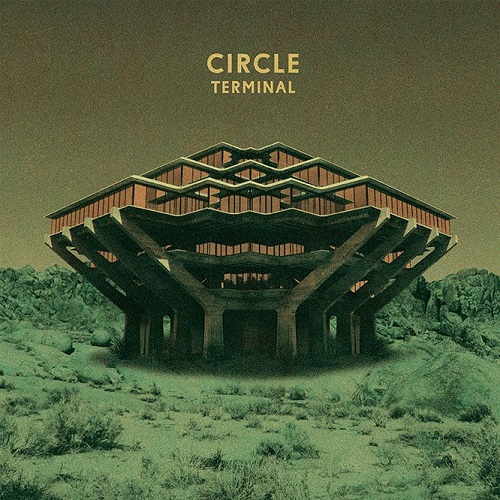 This distinctive Brutalist structure was designed by William Pereira and opened in 1970 as the Central Library, later being renamed Geisel Library. Defined by its strong concrete piers and hovering glassy enclosures, the library was designed to resemble hands holding up a stack of books. 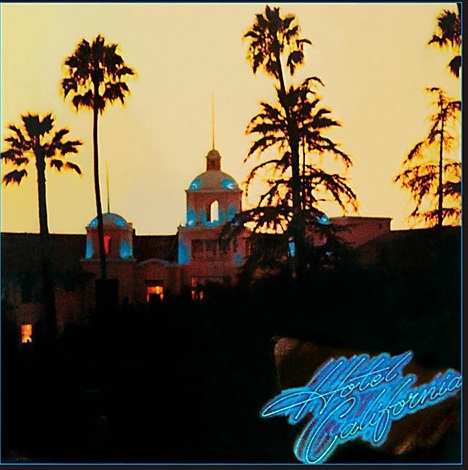 The bestselling album by the Eagles used for its front cover a photograph of the iconic Beverly Hills Hotel located on Sunset Boulevard, Los Angeles.

The main building was originally designed by architect Elmer Grey in the Mediterranean Revival style, and built on a promontory above the main road, resembling a white colonial palatial mansion with verandas and arches, as well as three domes.

U2 – ‘The Unforgettable Fire’ 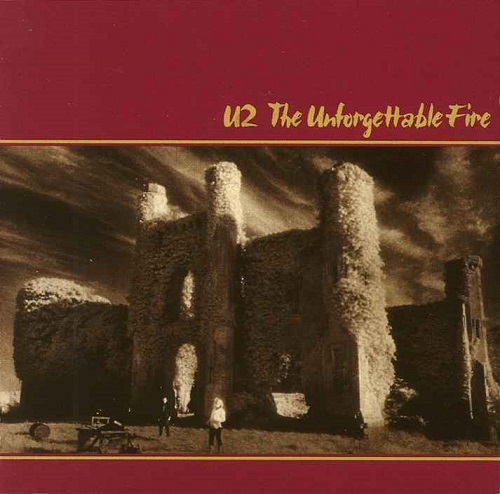 The fourth album by U2, released in 1984, depicts on its cover a castle situated in the locality of Moydrum, Ireland, just to the east of Athlone. It was originally built in 1812 but was badly damaged in a fire started by the IRA in 1921 and has been left in a ruined state covered in ivy ever since.

Retrieved from "https://www.designingbuildings.co.uk/wiki/Buildings_in_music"
Create an article