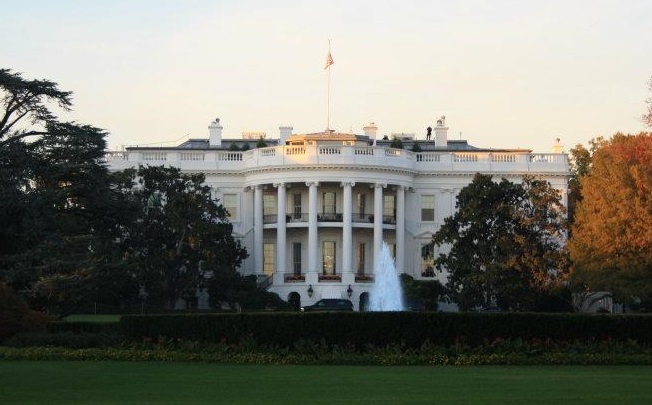 The White House in Washington D.C. has been the official residence of the President of the United States since 1800.

George Washington, America's first President, chose the site for the White House in 1791. The first cornerstone was laid in 1792, and, following a competition for the design of the President's new mansion house, Irishman James Hoban was selected as the architect.

Throughout its history, the house has been known by a variety of names, such as the 'President's Palace', the 'President's House', and the 'Executive Mansion'. It wasn't until 1901 that President Theodore Roosevelt gave it the name 'The White House'.

Situated on Pennsylvania Avenue part way between the Washington Monument and the State Capitol Building, the White House is seen as an emblem of American state power and remains one of the most recognisible buildings in the country. 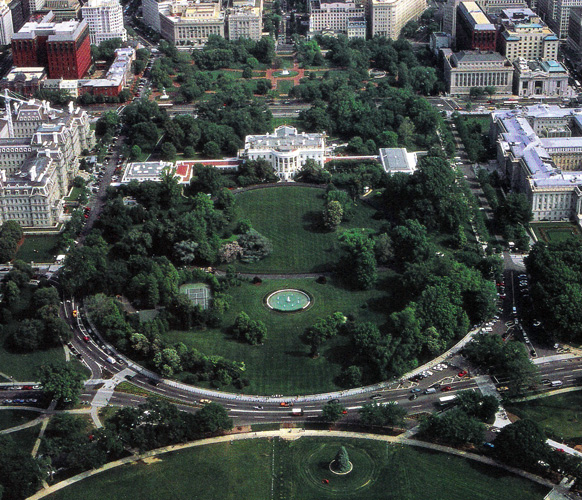 Hoban was inspired by the classical architecture of the Roman Vitruvius and the Renaissance-era Andrea Palladio. While several buildings have been cited as principle inspiration for Hoban's design, the upper floors of Leinster House in Dublin has been singled out as the most verifiable influence.

Palladian architecture had inspired a many buildings of monumental style in Western Europe, and the White House's southern facade is a combination of the Palladian and neoclassical architectural styles. The ground floor is rusticated in the Palladian fashion with a neoclassical projecting bow of three bays at the centre of the facade. The whole building was to be white-painted Aquia Creek sandstone.

However, Washington was displeased with Hoban's original design submission, deeming it to be too small and not sufficiently monumental to befit the President. His recommendations, for two storeys to be increased to three, and for the nine-bay facade to be increased to 11, were incorporated by Hoban.

The construction, undertaken largely by an enslaved and free African-American workforce, was still underway when President John Adams became the first leader to move into the house in 1800.

In 1814, the invading British stormed the White House and set fire to it, destroying the roof and interior. Despite subsequent calls for the President's residency to abandon the site for a new location, or even city, President James Madison employed Hoban to oversee the renovation of the existing building.

The building remained largely unchanged for the rest of the 19th century, until in 1902, President Roosevelt embarked upon a major renovation project. This involved relocating the President's offices from the second floor to the newly-constructed West Wing. Subsequently, President Taft constructed the Oval Office within an enlarged office wing at the front-centre of the building.

During the 1950s, serious structural issues plagued the building, prompting President Harry Truman to begin another renovation project, involving the dismantling of everything except the external superstructure. This project was completed in 1952. Since this major renovation, no substantive architectural changes have been made to the building.

The White House is now a National Heritage Site, owned by the National Park Service. The complex includes the Executive Residence, West Wing, East Wing, the Eisenhower Executive Office Building, and a guest residence called Blair House. There are six storeys containing 132 rooms that are used as offices, accommodation and for entertaining guests from around the world. The kitchen is able to serve dinner to up to 140 guests.

It is regularly featured in film and TV, most notably the American series 'The West Wing' and the 1996 blockbuster 'Independence Day' in which it is shown being destroyed by an alien spaceship.

There is a persistent rumour that President Abraham Lincoln's ghost, also known as 'the White House Ghost', has haunted the building since his death in 1865.

It is interesting to note the words President John Adams is reported to have written in a letter to his wife on having become the first President to take residence in the building: 'I pray Heaven to bestow the best of blessings on this House, and all that shall hereafter inhabit it. May none but honest and wise men ever rule under this roof...' 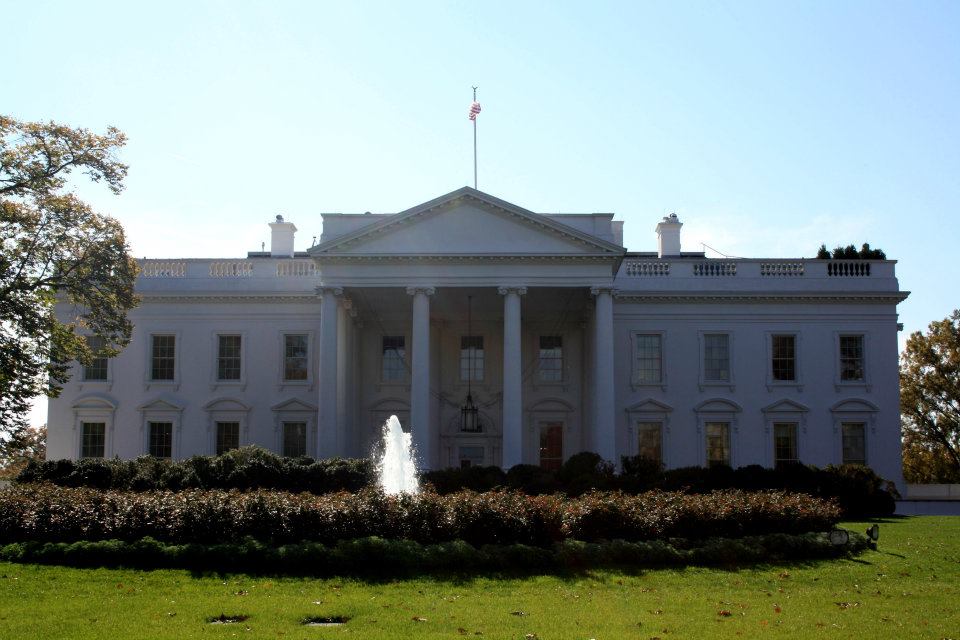 Retrieved from "https://www.designingbuildings.co.uk/wiki/The_White_House"
Create an article