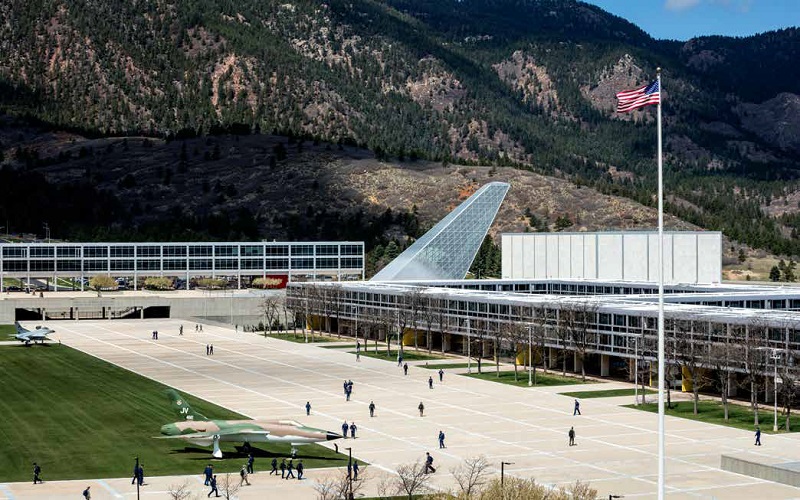 In June 2016, the architectural practice Skidmore, Owings & Merrill (SOM) completed a new education and research centre for the US Air Force Academy in Colorado. The Center for Character & Leadership Development (CCLD) features a glass skylight that resembles a jet fighter plane's tail fin.

The CCLD will support the Air Force Academy's mission to integrate character and leadership development into all aspects of the Cadet experience while also serving as a nationwide think tank for leadership and character development initiatives.

It is an addition to the Academy's exsting campus, which SOM designed in 1954, and which was designated a National Historic Landmark District in 2004. 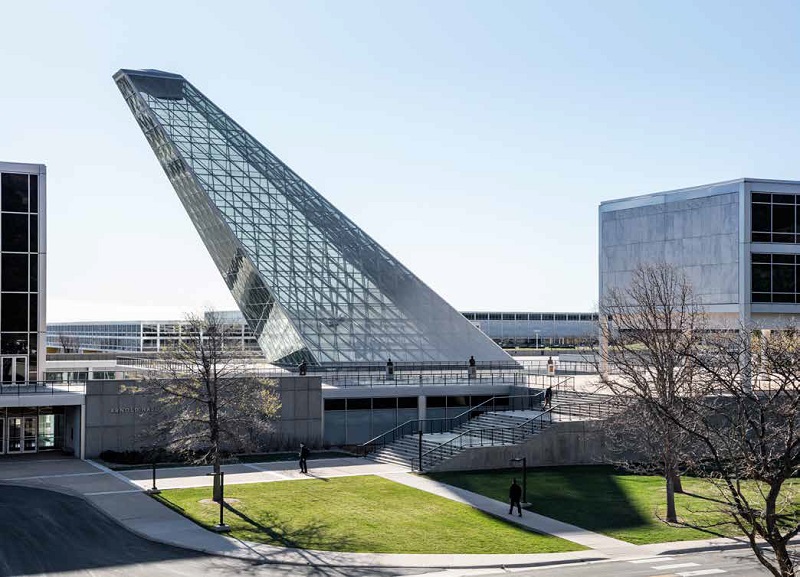 The 46,000 sq. ft building serves as a meeting point between the cadet and public areas of the campus.

The dramatic 105 ft glass-enclosed skylight is aligned precisely with the North Star. Its diagonal steel plates form a triangular grid calibrated to resist wind loading. There is no embellishment or ornamentation. 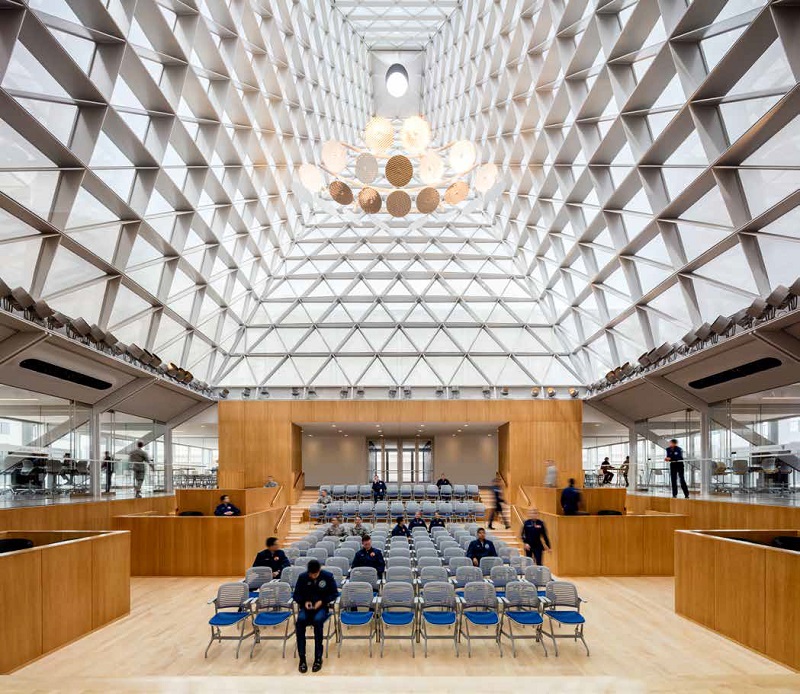 The Forum's terraced levels accommodate flexible meeting spaces surrounded by glass-walled collaboration rooms that emphasise transparency. Symbolically placed at the building's heart, the Honor Board Room contains a conference table beneath the skylight.

The CCLD has reached LEED-NC Gold certification, setting a new standard for green technology and building practices on the campus. SOM developed integrated building systems that influence all aspects of the building's design, construction and operation to achieve this.

Some of the features that were adopted include: 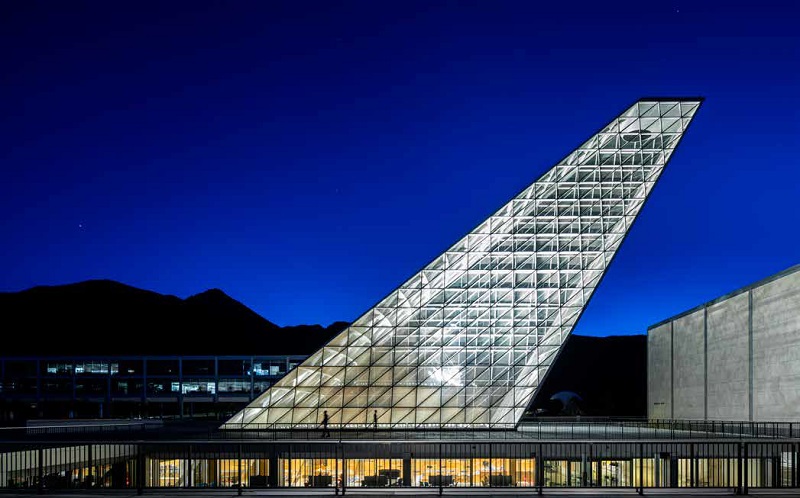 Retrieved from "https://www.designingbuildings.co.uk/wiki/US_Air_Force_CCLD,_Colorado"
Create an article