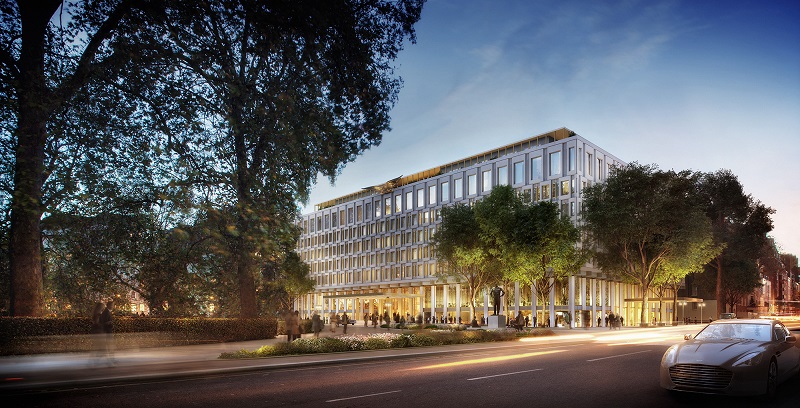 In 2018, the US Embassy moved to a new site at Nine Elms, with plans for a new mixed-use development at its existing site at 30 Grosvenor Square.

In early-2016, renowned British architect, Sir David Chipperfield was commissioned by property developers Qatari Diar to transform the significant mid-20th century listed building and reinstate it as the heart of Grosvenor Square and Mayfair. In November 2016, the project was given the green light to go ahead.

The design seeks to retain the unique external façade, while providing a mixed-use development that includes a hotel, retail and event space. The proposal includes 137 guest rooms, five restaurants, six flagship retail units, a spa and a 1,000 person ballroom.

This involves the removal of the existing security bollards and barricades which were installed post-9/11, and '...significant public realm improvements which restore permeability to both the building and the square', with works to improve the setting of the square as an open, expansive green space for residents and visitors to enjoy. 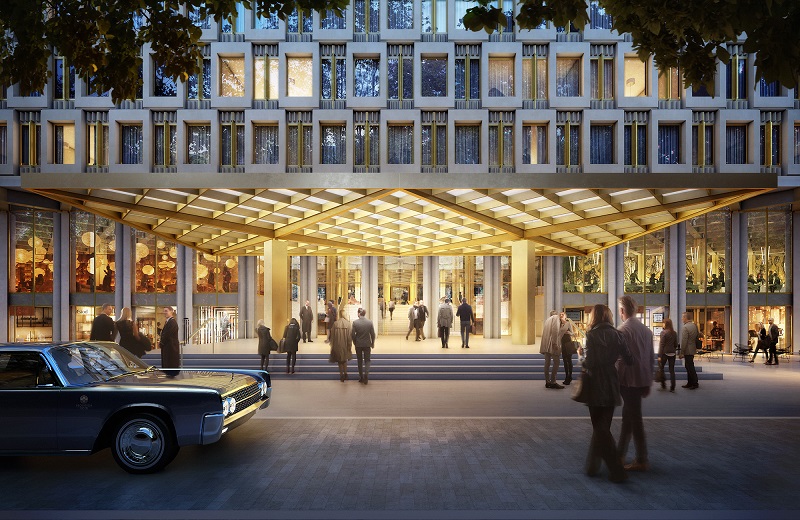 “Our design proposals protect and respect the significant architectural and structural characteristics of Eero Saarinen's original design, with a focus on restoring and enhancing this unique building to secure its long-term future at the heart of Mayfair. We have studied the building's design and its history as well as its surroundings to deliver an architecturally and socially coherent proposal, which will transform this purpose-built embassy into a world-class hotel.”

In July 2018, the developer Qatari Diar Europe broke ground on the conversion project.

“Today, as we break ground at 30 Grosvenor Square, marks a momentous occasion for Qatari Diar. The opportunity to transform such an iconic address is something that only happens once in a lifetime and we are extremely proud to be responsible for it. We recognise the history of the building and are dedicated to sensitively redeveloping the former US Embassy into a new destination on Grosvenor Square.”

Retrieved from "https://www.designingbuildings.co.uk/wiki/US_Embassy_hotel_plans"
Create an article