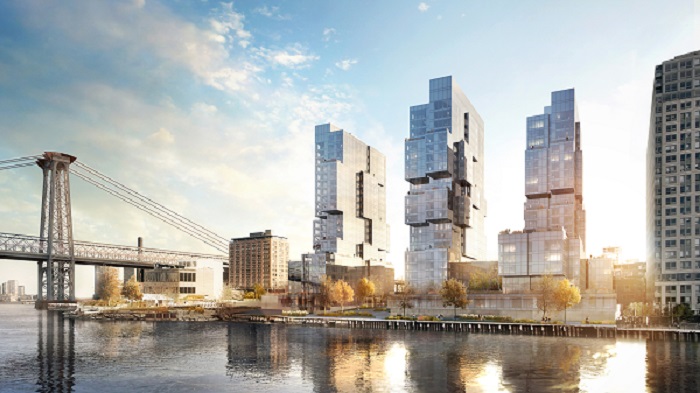 In April 2016, the designs for three new residential towers for Brooklyn’s Williamsburg neighbourhood were revealed. New York-based ODA’s aim is that the towers, called 416-420 Kent, have a revitalising impact on the neglected East River waterfront, introducing a new sense of community, along with natural light and green space.

Comprising 800,000 sq. ft, of accommodation the three 22-storey towers are made up of 857 apartment units, of which 20% will be affordable housing. The main claim of the studio is that their design ‘reinvents the language’ of apartment buildings. 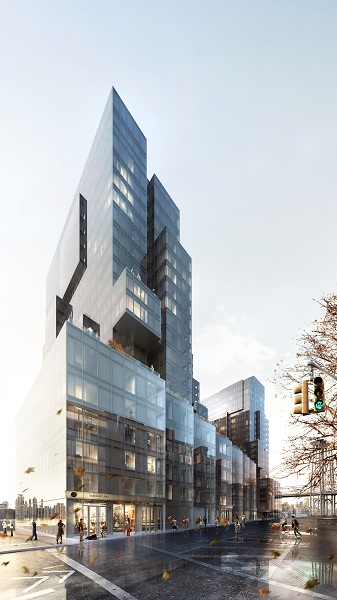 Traditionally, residents wanting a corner apartment would only have the option of one of the four that frame each floor on a normal building. ODA has designed corner units that comprise more than 80% of the apartments. Using two standard floor plans and mirroring them around the central axis, ODA has created three distinct towers featuring multi-dimensional facades and mid-floor ‘corner’ units. Private garden terraces will be created by cantilevering shifts in the floor plan. 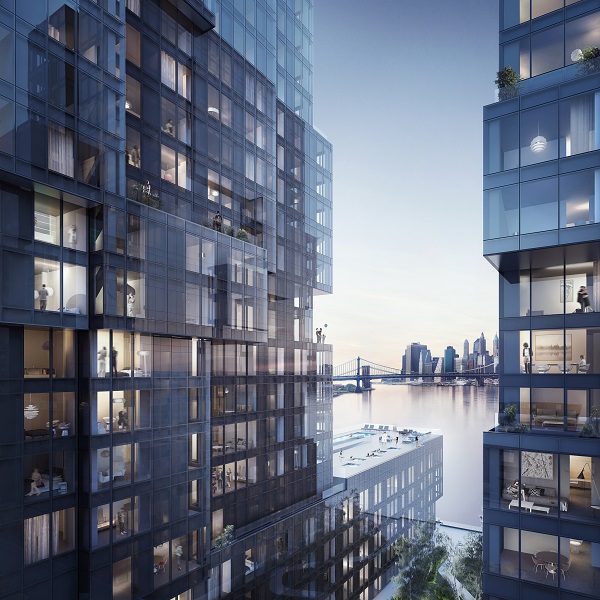 “420 Kent’s design strays from the classic commercial extrusion consumed by today’s typical residential towers. The vast majority of rectangularly extruded towers in NYC are formal results of many historical, contextual and practical influences. For years, the archetypal -curtain wall- towers were realms of massive corporations, and as population density in New York increased, our habitats naturally adopted a similar two dimensional shape.

“The BIG BOX concept created an inherent hierarchy with the four corners being most desirable: corner apartment, corner office, corner view etc. ODA challenges this hierarchy by designing a tower where most dwelling units are a corner apartment. Furthermore, this formal condition articulates architecture’s effect on creating dynamic skylines with 420 Kent’s towers and voids engaged in a conversation between figure and ground.” 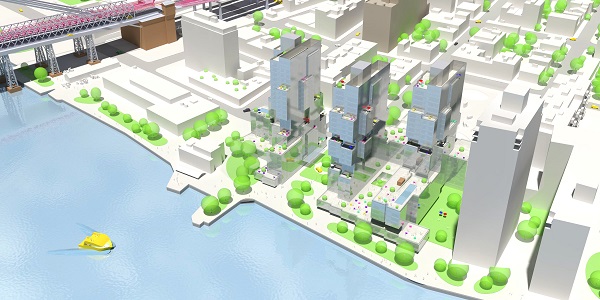 Retrieved from "https://www.designingbuildings.co.uk/wiki/416-420_Kent,_Williamsburg"
Create an article