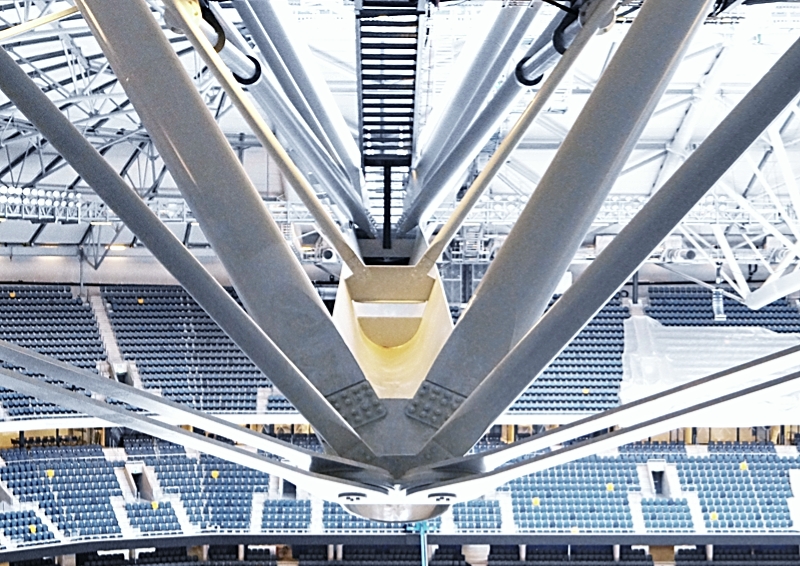 The structure of a building (or other built asset) – whether framed or non-framed – concerns those parts that are fundamental to its strength, stability and rigidity and which transfer the various loadings (including their self-weight) down to the foundations. This comprises loadbearing or structural primary elements. Structural design is therefore the process of creating a safe, efficient structure in which loads are conveyed safely and efficiently to the foundations and which can withstand prevailing natural forces.

[edit] What structural design may involve

The complexity of many of today’s buildings, especially multi-storey framed buildings, dictates that the structural design should be undertaken by qualified structural engineers who can conceive and produce the requisite calculations that will allow a structure to be built safely.

A successful design for a building involves a structural design that has been integrated with the work of other designers on the project, such as architects and building services engineers. Structural design may also involve supervising the contractor on site concerning items such as placing of reinforcement, pouring concrete, etc.

Engineers undertaking the structural design of a building will need to understand in detail subjects such as applied mathematics and materials science. They will also need knowledge of the applicable design codes and the techniques of structural analysis. Today, much of this knowledge is augmented by specialist drawing, modelling and simulation software which makes the design of structures a more precise – and some might say less onerous – task.

Buildings vary but the following are some of the basic elements that may form part of a building’s structure, whether framed or loadbearing:

Cladding is not considered a structural element as generally it is non-loadbearing.

[edit] Elements incorporated in a comprehensive structural design can include:

[edit] Withstanding an array of forces

Engineers must ensure their designs and calculations comply with current regulations and good practice. Structures must be designed to withstand an array of different forces that may act upon them, including:

These loads may result in forces such as: bending moments, shear forces, torsion and so on.

Concept design proposals from the structural engineer might include:

Following an engineer’s concept design, the next step will usually be the creation of structural plans sections, elevations and specifications indicating:

Retrieved from "https://www.designingbuildings.co.uk/wiki/Structural_design_of_built_assets"
Create an article