Sandwich panels (sometimes referred to as composite panels or structural insulating panels (SIP)) consist of two layers of a rigid material bonded to either side of a lightweight core. The three components act together as a composite; that is, the combination of the characteristics of the components results in better performance than would be possible if they were acting alone.

The lightweight core keeps the two faces in the correct position, resists shear forces, and provides insulation, while the two faces provide durability, weather and impact resistance, and resist in-plane forces of tension and compression. 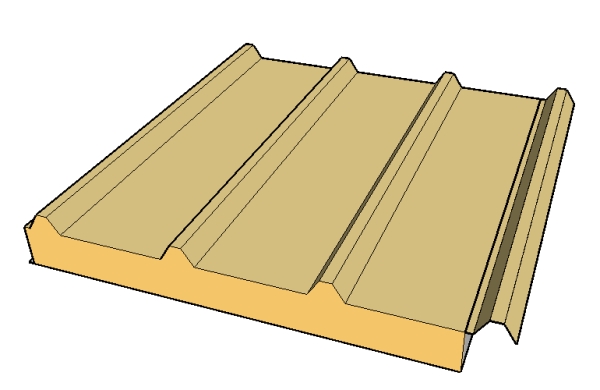 Sandwich panel systems include the panels themselves, the joints between them, fixings (often concealed) and a support system.

Composite cladding systems have been in use for a considerable time, in particular for the manufacture of vehicles such as trains and planes, but the development of advanced sandwich panels for cladding buildings first began in the 1930’s, when they were researched by organisations such as the Forest Products Laboratory, and used by architects including Frank Lloyd Wright. They went on to become increasingly popular following the second world war.

Modern sandwich panels can be flat, bent, curved and joined together in an almost unlimited range of configurations and are available in a wide variety of colours, finishes, thicknesses, edge details and profiles depending on performance requirements.

They are generally fabricated off-site and are particularly useful where a high-performance cladding is required, with good structural strength, a high level of insulation and low weight. 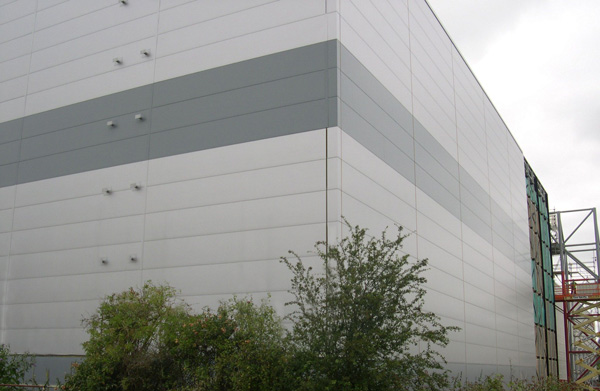 Sandwich panels are widely used as an external cladding for single and multi-storey buildings, where they are required to provide weather resistance, and resistance to wind-loading, access loads, self-weight and so on. However, they are also used to create insulated internal envelopes, ceiling panels, partitions (for example in cold stores) and for fire-resisting compartment walls.

The outer faces of sandwich panels are most commonly made of metals such as:

However, other materials that can be used include:

Cladding systems typically include a rigid polyurethane core, but other core materials include:

Sandwich panels can be selected because of their:

However, There can be particular difficulties associated with buildings containing combustible sandwich panels. For more information see Fire performance of sandwich panel systems, Association of British Insurers, May 2003.