Richard Rogers - A Place for all People 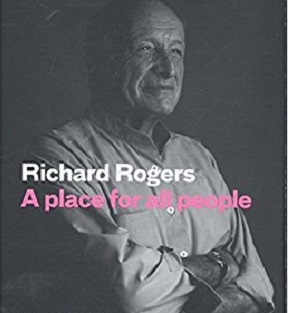 Richard Rogers - 'A Place for all People'

Born in 1933, Richard Rogers is one of Britain’s most renowned and celebrated architects, whose modernist and functionalist designs have shaped and influenced architectural styles throughout the world.

'A Place for all People' is part memoir, part manifesto, as Rogers charts his long career at the forefront of the architectural profession and examines how the built environment influences both social justice and community values. Indeed, his credo-of-sorts is introduced early on - 'good architecture civilises, bad architecture brutalises', and the book races along imbued with a sense of passion and enthusiasm that characterises Rogers' outlook on both work and life.

It is unsurprising perhaps that the project that elevated Rogers to the forefront of contemporary architecture - the Centre Pompidou - is given a full chapter. The sense of elation at winning the design competition against tremendous odds, and the radical streak that drove him and life-long friend Renzo Piano to put forward such an unconventional proposal, makes for engaging reading. So too do the subsequent frustrations and challenges they had to face, both in terms of compromising on the original design and dealing with an onslaught of hostility from the media.

What was that like? “I think there were only 6 positive articles, all from the New York Times, during the entire period… there was such intellectual weight behind the opposition to it. Looking back now it was very difficult to deal with.” 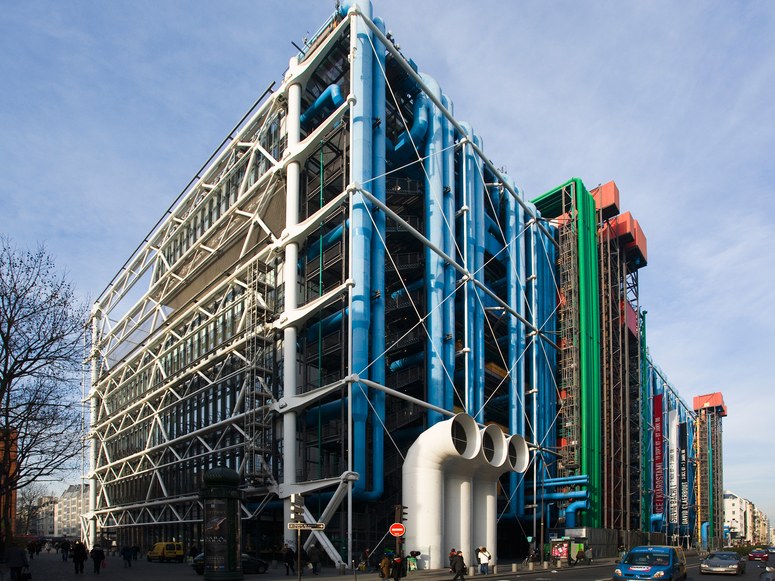 In 1977, Rogers created the Richard Rogers Partnership with Marco Goldschmied, Mike Davies and John Young. Their first project was the mechanistic Lloyd's of London, constructed between 1978 and 1984, which built upon the futuristic style of the Pompidou Centre. Rogers jokes that one of the Lloyds clients accosted him in a bathroom, saying “why didn’t you tell me it was going to look like this?!”

On the influence of utopian megastructures and ‘mobile architecture’ proposed by the likes of Yona Friendman, Rogers says he had always been inspired by creating new kinds of shelter, escaping the traditional brick building with pitched roof. He suggested that despite the fact the utopian visions of Le Corbusier and Ebenezer Howard had left mixed legacies, it was important to maintain “hope of a better world… some change direction by looking backwards, others try to look forward, driven by the idea that things can be better.”

He is not shy of engaging in the wider political landscape, and his eyes still light up at the mention of his old feud with Prince Charles. Far from pulling his punches, Rogers says "'I didn't believe at the time, and I still don't, that the Prince of Wales understands architecture...He occupies a privileged position, and I always felt that he should not use that to damage the livelihoods of people he disagrees with.'

Despite taking on royalty, Rogers was knighted in 1991, and made a Labour peer in 1996. He was increasingly involved in political life during the ‘New Labour’ government, chairing the Urban Task Force, established in 1998 to help identify causes of urban decline and to establish a positive vision for Britain’s cities. The Task Force published ‘Towards an Urban Renaissance’ in 1999, which included 105 recommendations for city designers.

Asked whether his engagement with politics during this time had proven frustrating, Rogers replies: “It was yes, but I don’t know of any other way. I’ve always subscribed to the ancient Athenian statement that a ‘citizen must leave the city more beautiful than they enter it’ … if we live in a beautiful place we are uplifted, environment does affect us.”

From 2001 to 2008, Rogers was the chief advisor on architecture and urbanism to Mayor of London Ken Livingstone. He has also served as a mayoral advisor on urban strategies in Barcelona.

Talking about London, Rogers is emphatic that “compared to how it used to be seen – as the ‘sick man of Europe’ – London has improved immeasurably, principally in how pedestrianised it now is. Not long ago, Trafalgar Square was the biggest roundabout in Europe, so design aesthetics do have an impact. I’d be surprised if the car lasts 20 years, we’re on the brink of real change.”

Talking about Grenfell tower and what the tragedy says about social housing and the housing shortage, Rogers says: “It doesn’t happen to the rich, the rich towers don’t go up in flames. In a way, that tower was dressed to make it more beautiful."

Unable to resist criticising the current Conservative government on the issue of the housing crisis, Rogers says that: “We’ve empowered the wrong people [developers] to have a say on how many houses are to be built. We haven’t built so few houses since 1922, which is astonishing for one of the richest countries in the world. There’s no excuse for not building more houses, we just need a government that doesn’t focus solely on profit.”

"Along with climate change, inequality is probably the biggest challenge facing us. The way the government has decided to do it is to say to the half-dozen big housebuilders – ‘you take of it, you plan it’. But housebuilders, and they will agree, are all about the bottom line, the maximum profit, demand is important to them, that’s why we have some of the most expensive housing, because there’s a tremendous demand for it. I don’t know of any architect that is only able to build for the poorer end of the scale.”

Asked whether, like creative artists in other fields, the original concept always remained elusive from the end product, Rogers says: “tools are available of course, and you imagine as best you can, but scale and physicality is always such a surprise, that it can’t help but alter the original perception that you had of a building. There is always information that you have at the end that you can only wish you’d had at the beginning.”

Admirers of Rogers' work or of contemporary architecture in general, will be delighted at the compilation of images, renderings, sketches and plans that are presented so well throughout the book. There are also plenty of interesting details to pick out, such as the pioneering communal spirit of his architectural practice, and the changes in attitudes to dyslexia since he was at school, that endear him to the reader and, as a book, make it well worth engaging with.

You can buy a copy of the book here.

Retrieved from "https://www.designingbuildings.co.uk/wiki/Richard_Rogers_-_A_Place_for_all_People"
Create an article