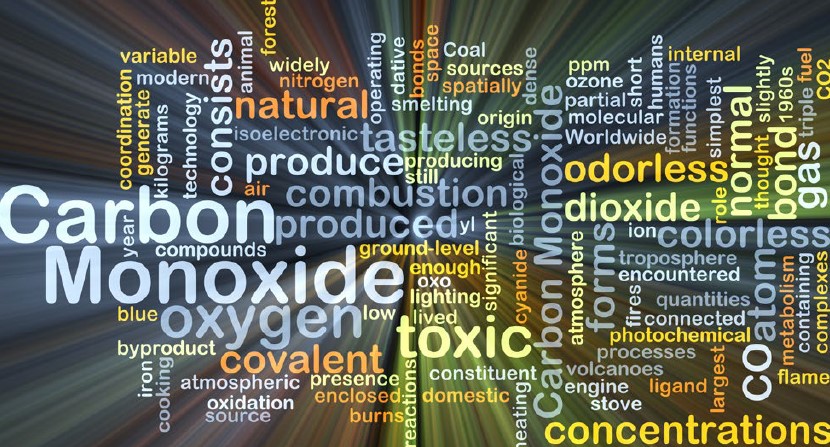 On 30 April 2018, the Government announced that it would be reviewing the legislation of carbon monoxide alarms to see if the legislation was still fit for purpose. The review considers whether there should be a blanket requirement to instal alarms for all methods of heating, including both gas and oil.

A consultation was carried out previously to review the Smoke and Carbon Monoxide Alarm (England) Regulations 2015 which yielded 170 responses; 27% of which indicated that the Regulations should be expanded to cover gas appliances. The Government did not make any recommendations on the back of this consultation.

26 October 2018 saw the Ministry of Housing, Communities and Local Government publish the guidance on the upcoming Carbon Monoxide Alarms Requirements Review: Terms of Reference. The focus of the review considers the following evidence:

The aim was to submit the outcome of the review to ministers for consideration in December 2018 with a consultation on any proposed changes during 2019.

The Building Regulations, in their current form, came into force 1 October 2010 and have been amended numerous times since then. However, there has been no significant change to the requirements for carbon monoxide alarms since the further amendments in 2010.

Carbon monoxide was first introduced to the Building Regulations in the 2002 edition of Approved Document J, although even then it was mentioned only once under provision 4.2, when recommending that open-flued oil-fired appliances should not be installed in rooms such as bathrooms and bedrooms where there is an increased risk of carbon monoxide poisoning.

‘Where a fixed combustion appliance is provided, appropriate provision shall be made to detect and give warning of the release of carbon monoxide.’

The limits of this application are that requirement J2A applies only to fixed combustion appliances located in dwellings.

It should be noted that whilst the requirement is non-specific as to the fuel type of the fixed combustion appliance, Section 1: Provisions which applies generally to combustion installations states under provision 1.1 that, in the Secretary of State’s view, requirements J1 to J4 will be met if the building provisions for the safe accommodation of combustion appliances incorporate an appropriate means of warning of the release of carbon monoxide for fixed appliances that burn solid fuels.

A note has been included which states that, for the purposes of requirement J2A, it is considered appropriate to require carbon monoxide alarms only with solid fuel appliances, however such alarms can still reduce the risk of poisoning from other types of appliance.

The document goes on to provide guidance on the type of alarm, as well as its positioning.

It is worth noting that provision 4.2 from the 2002 edition of the Regulations still recommends that open-flued oil-fired appliances should not be installed in rooms such as bathrooms and bedrooms.

Further 2010 amendments reflected a Regulation number change as a result of re-ordering, and so requirement J2A became requirement J3. There are no other changes regarding carbon monoxide alarms although, interestingly, the note in provision 1.1 still references requirement J2A.

[edit] Why do we need warning of the release of carbon monoxide?

Carbon monoxide is a poisonous gas which is odourless, tasteless and colourless. It is produced when fuels such as gas, oil, coal and wood do not burn fully and, for this reason, can be produced by more than only appliances which burn solid fuels. 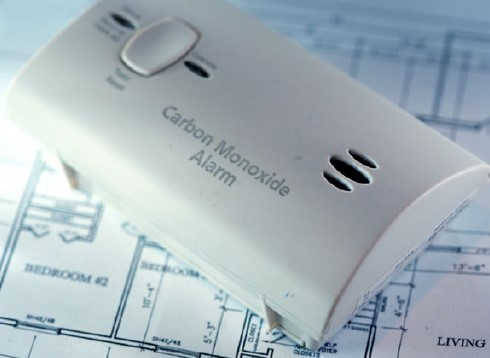 Carbon monoxide can also be caused by incorrectly installed, poorly maintained or poorly ventilated household appliances. Blocked chimneys and flues can also prevent the gas from escaping the property.

Carbon monoxide is responsible for approximately 50 deaths per year and up to 4,000 hospital visits in England and Wales, according to the Department of Health (2011). Breathing the gas in can result in symptoms similar to flu or food poisoning and can even lead to unconsciousness and death if a person is exposed to high levels or has a prolonged exposure to the gas. Due to its characteristics, it is known as ‘the silent killer’. Early warning is vital.

[edit] The guidance – a critical analysis

Conflicting with this, the guidance states that, in the Secretary of State’s view, requirement J3 will be satisfied if an appropriate provision is made to detect and give warning of the release of carbon monoxide only where it applies to solid fuel appliances, i.e. wood burning stoves and open fires.

Furthermore, it has been acknowledged since long before requirement J3 (or J2A as it was previously known) or the Secretary of State’s view, that carbon monoxide poisoning can occur from appliances which do not burn solid fuels. In addition to all of this, the guidance also recommends that, whilst not required, carbon monoxide alarms can still reduce the risk of poisoning from other types of appliance.

Taking the above into consideration, the question should be asked as to why there is not a requirement for carbon monoxide alarms to be installed when any fixed combustion appliance is installed, and why the contradictory guidance is not re-worded to avoid misunderstanding or misinterpretation. Whilst it must be acknowledged that the Government is now reviewing the legislation to determine whether it is still fit the purpose, there is reasonable argument to say that this review is akin to closing the barn door after the horse has bolted and that the guidance relating to whether a carbon monoxide alarm is required or not never really was fit for purpose. It is impossible to say what the impact of not including a blanket requirement or consistent guidance is, but it is reasonable to suggest that the potential for carbon monoxide poisoning incidents has been increased because the 2010 edition of the Regulations was remiss in its guidance.

By contrast, the Regulations in both Scotland and Northern Ireland require carbon monoxide alarms to be installed when new or replacement combustion appliances are fitted, which applies to any fuel burning appliance.

Provisions 2.34-2.36 provide further guidance on the installation and positioning of carbon monoxide alarms.

The guidance states that alarms should comply with BS EN 50291:2002, be provided in the room where the appliance is located and be powered by a battery designed to operate for the working life of the alarm. Alternatively, the alarm can be mains-powered, provided the alarm is a BS EN 50291 Type A carbon monoxide alarm with fixed wiring and a sensor failure warning device. Plug-in carbon monoxide alarms are not enough to satisfy the guidance, likely due to the ease at which they can be unplugged and rendered useless. A further reason for this may be that, in new dwellings, sockets serving habitable rooms throughout a dwelling should be positioned between 450-1200mm above floor level (Approved Document M, Vol. 1) which would result in any plug-in type alarm being positioned in the lower half of the room. This contradicts the guidance within provision 2.36 which states that a carbon monoxide alarm should be located on the ceiling, at least 300mm from a wall or, if located on a wall, as high up as possible (above any doors and windows) but not within 150mm of the ceiling.

This raises an additional question because there is a common misconception regarding the weight of carbon monoxide. Is the ceiling, or high up on the wall, the best location for a carbon monoxide alarm? In several conversations the author has had with associates, there has been a consensus that carbon monoxide is heavier than air.

In truth, carbon monoxide is ever so slightly, and negligibly, lighter than dry air. If we use the composition of dry air; Nitrogen (78.1%), Oxygen (20.9%), Argon (0.9%) and Carbon Dioxide (0.03%), as well as trace amounts of other gases, and we calculate the molar masses against these percentages, we can work out that the molar mass of dry air is 28.90 g/mol (grams per mole). The molar mass of carbon monoxide is 28.01 g/mol. That is a difference of only 3%. 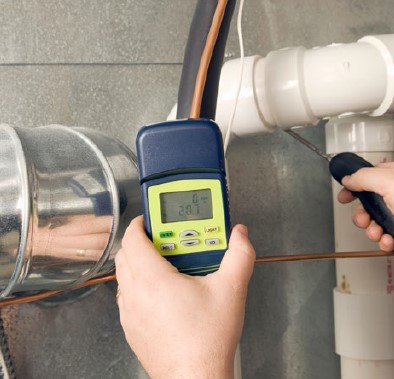 Taking the above into consideration, it is apparent that whilst the gas may eventually rise, the weight difference is so negligible that any rise will be far slower than a much lighter gas such as Methane (which has a molar mass of 16.04 g/mol). Furthermore, considering molecular diffusion and air movement within the room, the gas will likely spread evenly until it is of equal concentration throughout.

The Centre for Hyperbaric Medicine at Virginia Mason Medical Centre in Seattle conducted an experiment in 2012 to determine whether the placement of carbon monoxide detectors should be influenced by carbon monoxide’s weight relative to air. In the experiment, the weight of carbon monoxide was calculated to be slightly lighter than air, and an eight-foot-tall airtight Plexiglas chamber constructed with carbon monoxide monitors placed within at the top, middle and bottom.

The test demonstrated that carbon monoxide did not layer on the floor, float at the mid-level of the chamber or rise to the top but rather, in each case, the levels equalised throughout the chamber. It was conceded that the carbon monoxide took longer to equalise when infused at the top of the chamber, but levels always became identical with time.

The results of the test concluded that carbon monoxide infused anywhere within the chamber would diffuse until it was of equal concentration throughout. Additionally, it was concluded that mixing would be even faster in a home environment than a laboratory environment, due to draughts caused by motion or temperature. Therefore, it would be reasonable to place a carbon monoxide alarm at any height within a room.

The Regulations have also acknowledged that alarms can reduce the risk of carbon monoxide poisoning from other appliances.

Furthermore, evidence demonstrates that it is reasonable to place a carbon monoxide alarm at any height within the room, and not just the ceiling or high on the wall. Therefore, whilst an alarm at any height should be effective, it is considered that a carbon monoxide alarm would operate at its most efficient when around 1500mm (5-feet) above floor level. Statistically, this is approximately the mean height of a standing person and a sitting person (including wheelchair users) and would therefore provide the earliest possible warning of carbon monoxide for occupants within the room. Early detection is pivotal due to the severity of symptoms associated with carbon monoxide poisoning.

Whilst it is demonstrated and acknowledged that carbon monoxide would diffuse fully until it was of equal concentration throughout a room, very high levels of carbon monoxide can cause the rapid onset of symptoms.

Finally, the Regulations state that an alarm should be located between one metre and three metres horizontally from the appliance. Whilst this element of the guidance has not been examined specifically, it is reasonable to say that room users will likely occupy this space and therefore this guidance seems practical.

For further reading, more information on carbon monoxide poisoning can be found on the NHS website.

This article originally appeared under the title, 'Requirement J3: Warning of release of carbon monoxide – A critical analysis' in the Architectural Technology Journal (at) issue 133 published by CIAT in Spring 2020. It was written by Mike Hartley BSc (Hons) ACIAT.

Retrieved from "https://www.designingbuildings.co.uk/wiki/Carbon_monoxide_Requirement_J3"
Create an article