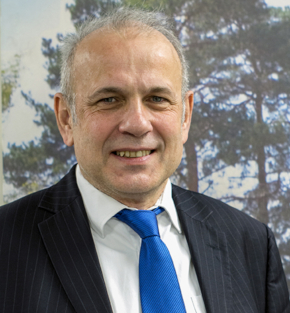 Improving the energy performance of commercial buildings has been seen as a significant goal for many organisations at least since the “energy crisis” of the 1970s, which was when building automation control services (or BACS) as we understand them today came into being.

Forty years later, we have a mature global building automation industry. BSRIA estimates the total value of all BACS hardware and software sold at over seven billion US Dollars in 2017, with the additional services provided on top of this probably worth about double this.

Energy optimisation has remained the main focus, though comfort is also recognised as a key objective, which can raise a potential conflict as to whether energy saving is a higher priority than keeping employees comfortable, happy and in consequence, more productive.

In developed countries like the UK, Germany or the US, the take-up of BACS is growing only by a few percentage points every year, and in view of the cost and complexity of a typical BACS installation, BACS solutions are still mainly found in medium or larger non-residential buildings.

However, beneath this stable surface, some quite significant changes are taking place. BSRIA research shows that software is now easily the fastest growing component in the BACS offering. This includes both the software used to manage and co-ordinate the whole system and software that is specifically devoted to Building Energy Management (BEMS). This reflects the fact that an increasing wealth of data is available from controllers and field devices, ranging from sensors to valves, dampers, actuators and heating and air-conditioning units, which are increasingly IP connected. Building usage can also be monitored so that HVAC and lighting do not use more than the minimum necessary power.

Monitoring and analysing this data enables the BACS to identify anomalies, such as abnormal patterns of energy usage, which may indicate either an inappropriate configuration, or malfunctioning of some device. A further important trend is that while HVAC remains the main focus for BACS and BEMS, there is increasing interest in integrating other building systems. The most effective synergy is likely to be achieved between HVAC, lighting and blinds. BSRIA’s studies have found movement in this direction.

At the same time, a number of formidable barriers continue to hold back the full development of the fully-smart building at almost every stage of development, turning the creation of a fully-functioning ‘green’ building into something of an obstacle course.

Firstly, the client needs to see value in investing in an energy efficient building. If the client is a developer or is planning to let out the building, then they are only likely to be willing to invest in energy efficiency if it is either required by regulations or is seen as something that the eventual buyer or tenant will be willing to pay for. Suppliers of BACS, BEMS and other energy efficiency services still have work to do in educating the wider business community, preferably backed up by a financial model that spreads the costs and benefits to create an attractive ROI.

Secondly, architects need to have a better understanding of the complex relationship between the physical design of the building on the one hand and its energy performance on the other. To take one obvious example, there is little point in installing large wind turbines in a residential building if the noise and vibrations that they generate make them unusable. And yet, this has actually happened. Similarly, the current fashion for vast expanses of glass requires careful consideration if it is to maintain comfortable conditions without excessive heating or cooling.

During the construction and fitting phase, green features can disappear or be diluted by misguided value engineering. Even where a building is being designed or refurbished to meet the needs of a specific client, different divisions may be responsible for the heating, security and occupancy, making it harder to achieve an integrated, seamless system architecture.

However, it is at the commissioning stage of a building that some of the worst failures become apparent and often only when the building has been in operation for some time. Mistakes with the configuration of systems can, for example, mean that carefully designed features, such as natural ventilation, are not fully exploited.

Operators intervening to override automated settings to get round a temporary problem can also wreak havoc that takes a long time to address. While ongoing commissioning, where the building is continually monitored and fine-tuned’make sense, many building managers will simply wait for a fault to become obvious, which may only happen after a lot of energy has been wasted.

There remains the question of how best to address energy efficiency in the many buildings where a full BACS is not seen as cost-effective. It is possible to install a BEMS which provides data and analysis of the building’s energy performance. However, while this may flag a problem it does not necessarily point to a solution, let alone one that the user can easily implement.

In both Europe and North America, BSRIA has noticed a trend towards smart connected HVAC. This entails connecting an air conditioning or heating unit, such as a chiller, VRF unit or heat pump so that it can be monitored and in some cases controlled remotely. Depending on the sophistication this can not only detect faults but also use data analysis to predict failure or identify inefficient performance.

The solutions offered for the smart home market are also often just as relevant to the lighter end of the commercial market. A device as simple as a smart thermostat can achieve energy savings as can smart meters, especially when linked to variable electricity tariffs.

It should be clear from this that achieving a sustained improvement in a building’s energy performance is likely to require coordination at every stage from the building’s inception and then carrying on throughout its life. This is only likely to be achieved if there is someone within the organisation with both the mandate and the power to enforce energy efficiency as a major organisational priority.

This article was originally published by BSRIA here: https://www.bsria.co.uk/news/article/building-energy-efficiency-is-building-automation-the-answer/

Retrieved from "https://www.designingbuildings.co.uk/wiki/Building_energy_efficiency_-_is_building_automation_the_answer%3F"
Create an article