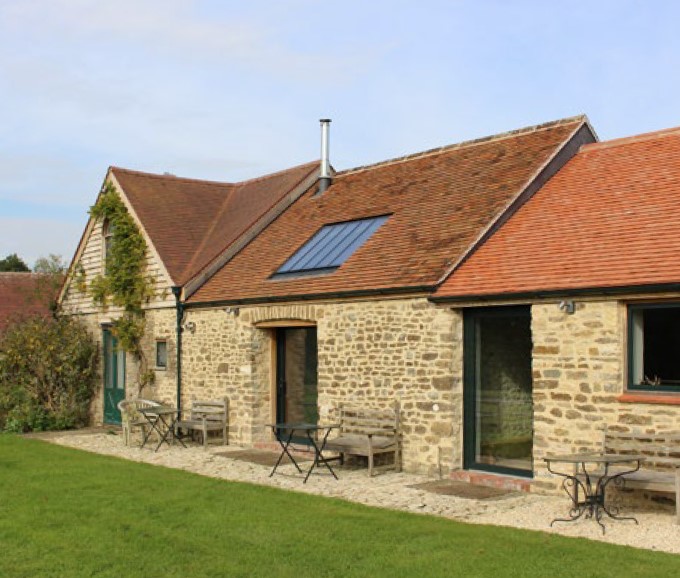 One of the most important elements of modern building materials is thermal performance, which is measured in terms of heat loss. In the built environment sector this is commonly expressed as a U-value or even sometimes an R-value.

[edit] The importance of U-value

U-value calculations will invariably be required early on in the building strategy stage as it provides an indication as to how much heat loss a building is likely to suffer upon completion. The products used in the build are normally required to be tested and a figure for each component given. One example of where this is an essential requirement is rooflights.

Thermal transmittance (U-value) is measured in units of W/m²K which stands for Watts/meter square Kelvin. The lower the U-value the more efficient the construction is at keeping heat flow through the structure to a minimum.

Thermal transmittance takes heat loss due to conduction, convection and radiation into account. The amount of heat conducted through a material of a given volume, in a unit of time i.e. the rate of conduction is why the units are measured as W/K.

There are guidelines in the UK, set out in Building Regulations Approved Document Part L (Conservation of Fuel and Power), that give the maximum U-value that materials and structures are allowed to have in a range of buildings, including domestic properties. It sets a national standard to ensure that homes must be built to a certain performance level of energy efficiency for both the reduction of carbon emissions and the reduction of residents’ heating bills.

A U-value is one of the most difficult thermal measurements to calculate, so it is important that any figures are produced using reliable software from a bona fide source.

When it comes to rooflight suppliers providing U-value figures for their products, we all want the lowest possible number to prove that our rooflights give the best thermal performance, which ultimately reduces heat loss for our customers. In the rush to be the best, it is not inconceivable that figures get a little massaged so it is always best to ask for a copy of the test performance report to ensure that a) the figures are genuine and b) that the figures were produced in the correct way.

Despite them being used in their millions across the country, you might be surprised to find out that there is no specific test for a rooflight. Instead rooflights are tested to BS EN ISO 10077-1:2017, which is a thermal performance test for windows, doors and shutters.

So does this actually matter? Well, actually yes it does because most rooflights cannot be used in the same way as windows and this will result in a change to the U-value. For example, the pitch of the roof will change the thermal performance of your rooflight.

However, the testing of rooflight performance is based on either a vertical (above 60 degrees) or horizontal (0 degree) pitch. Both of these positions are usually outside the maximum and minimum pitch that rooflight manufacturers recommend for their rooflight products.

There is quite a bit of difference in the U-values given to rooflights at both ends of the scale. For example, a Stella rooflight can achieve a U-value of 1.5 W/m²K in the horizontal position but this improves to 1.1 W/m²K when used above 60 degrees.

Now when you ask most companies what the U-value is for their rooflight which figure do you think you will be given? This is why it is important to either ask for both figures or to request data to support the figures quoted.

The design of a rooflight is also critical to the thermal performance. Most modern rooflights are produced from thermally broken aluminium, which is then clad internally with wood to provide very good U-values. 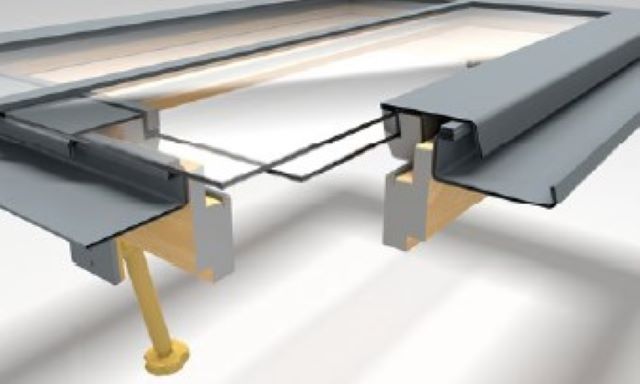 Whilst making the frames more thermally efficient, this approach also makes the rooflights chunky, which often results in them sticking several inches above the roofline and providing poor frame to glass ratios. It is not uncommon for some rooflight frames to make up over 40% of its overall size, which ultimately means 40% less light entering a building.

One of the easiest ways to lower a U-value on a window or rooflight is to increase the thickness of the glazing. A decent double glazed unit will give a centre pane value of 1.0W/m²K and a triple around 0.5W/m²K. Then of course there are some that offer quad glazing, which reduces this figure further. However, it should also be noted that by reducing the U-value in this way, you will be significantly increasing the weight of the product, the cost and also the depth of the rooflight profile.

If you are working on a Listed Building or in a conservation area then you will require a conservation rooflight design, which should sit completely flush with your roofline. If you are looking to use quad glazing or modern bulky rooflights to improve thermal performance then this will most certainly be to the detriment of the building’s aesthetics.

There are a few exceptions relating to the thermal requirements in certain buildings and it is always a good idea to take professional advice should your project fall into one of the following categories:

i) Where the replacement roof windows are unable to meet the requirements because of the need to maintain the external appearance of the façade or the character of the building, replacement windows should meet a centre pane U-value of 1.2 W/m2K.

iii) Buildings which are: Used primarily or solely used as places of worship; stand-alone buildings with floor area less than 50m2; or temporary buildings with a planned time of use less than two years.

In conclusion, despite the fact that the testing methods for obtaining a rooflight’s thermal performance could do with an overhaul, a U-value figure is very important when both choosing products and in the overall construction of your property. The lower the figure, the more thermally efficient a product or building is. This can contribute to reducing heating costs and ultimately helps in the fight against global warming.

It is also important that the figures provided are genuine and it is advisable to request proof that U-values being quoted are not only correct but are applicable for the application that you are using that product. Nowhere is this more important than rooflights because of the current way in which these products are tested.

This article originally appeared in the Architectural Technology Journal (at) issue 133 published by CIAT in Spring 2020. It was written by Paul Trace, Stella Rooflight.

Retrieved from "https://www.designingbuildings.co.uk/wiki/U-What%3F"
Create an article