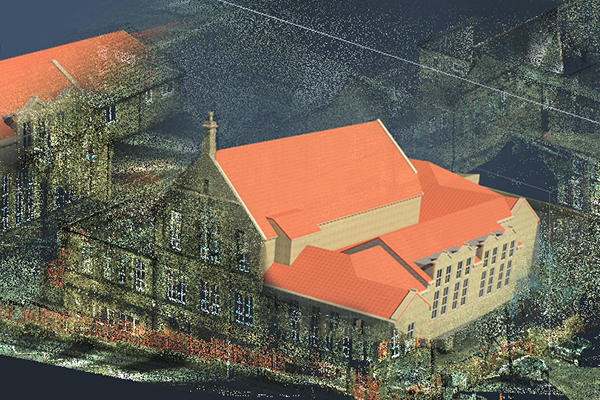 Along with new build projects, large cities increasingly feature renovated, restored, refurbished or retrofitted buildings where a building may be listed or where it is just as effective to retain a building and change the interiors and some of the exterior.

To clarify the terminology, renovation is the improvement of the framework of an old building taking into consideration new building codes. For more information, see Renovation.

Typically, renovations may require ‘gut rehabilitation’ where renovation of the entire building space and interiors is undertaken except the floor slabs and main external walls and internal columns. Restoration is an attempt to reconstruct a building according to its original condition and is different from preservation.

Refurbishment is the improvement of an old building by redecorating, re-equipping and retrofitting, which is the installation new systems such as heating, air conditioning, plumbing and ventilation. In a refurbishment project, several parameters need to be considered.

The project may require repair or replacement of HVAC, plumbing, elevator, electrical and fire protection systems and revamp of structural systems per new construction codes. It may also include replacement of roofs and exterior elements such as windows, doors and walls.

There are several digital tools to capture and audit building elements for refurbishment from 3D geometrical drawings, laser scanning to tachometry. However, for refurbishment projects which lack accurate or updated, as-built drawings and which may require an overhaul of MEP systems, point cloud laser scanning and models created from their output are usually required.

For refurbishment projects, 3D architectural modeling requires a certain level of detail (LOD), MEP and structural data from the point cloud will also be picked up by the laser scan and are modelled depending on their use (or not) for the future purpose of the building. The accuracy of an architectural 3D model created from point cloud data is significantly better when compared to manual surveys and models created from manual measurements.

It is this that helps additional architectural design changes and MEP changes to be modelled in the proposed use of the building and therefore allow for the creation of accurate drawings that will be used for site use. Depending on the requirement of the refurbishment project, buildings can be scanned entirely or in parts. Read more about point cloud modeling and the requirements which must be considered to facilitate their successful conversion to a 3D model.

When refurbishing an old building, retrofitting MEP systems is an essential opportunity for MEP engineering design teams to improve the reliability and lifecycle of the MEP systems and reduce energy consumption. The significance of the structural and architectural elements is the key to the planning of MEP systems, hence the need for the most accurate model possible. There are aspects which are important to consider when developing M&E models within an architectural model that is created from a point cloud laser scan for refurbishment projects:

While most clients may assume that it is sufficient to use a record or as-built drawing for refurbishment, what works better in reality is quite contrary. Creating a 3D model from record drawings is risky in a refurbishment project. Record drawings typically provide as-built specifications of the building that may not necessarily include updates and changes to the building structure.

This creates a problem for M&E modellers, who are working on the refurbishment project, as they may be planning for services that will not fit into a riser, plant area or roof void. This issue is addressed by laser scanning the entire building to develop a point cloud model to map the building as it is in its current condition including all the changes and updates that may have occurred over its lifetime.

In such a case, prior to starting a refurbishment project, together with existing and proposed structural and architectural models, all MEP system components that will be retained must be mapped out in the model. This will then provide MEP engineers with an idea of the constraints that they must work with when developing an MEP model for systems that need to be added to the building.

In a refurbishment project, through laser scanned point cloud models, spatial relationships between structures, surfaces and objects are extracted. Allowance and tolerance levels are specified within which 3D models are developed resulting in spatial changes between point cloud architectural models and M&E models.

For MEP modeling and retrofitting to be perfect, an accurate architectural model is crucial. Some of the issues that may arise due to spatial interferences could include incorrect false ceiling levels, upstand beams without headroom clearance, the exclusion of column heads and lack of information on new columns or internal walls.

When converting a point cloud scan to a 3D model, the M&E modeller must use his / her experience in identifying the mechanical, electrical, plumbing and HVAC elements that are to be retained and those that are to be added to the model. Only an experienced design team will be able to gauge specifications and spatial relationships of existing M&E elements with new building services additions.

Therefore, using an experienced team of modellers would go some way in obtaining M&E models from a point cloud scan which are clash-free, installation-ready and in alignment with other building services.

5. Alignment of MEP modelling with changes in architectural model

a. It affects the coordination process

b. It hampers installation

c. It has cost and time implications

Rework and redesign of M&E models is not only time-consuming, they also increase costs. By ensuring the M&E model is aligned with the latest architectural model with the help of point cloud scans, would reduce time and cost involved in redesigning and reworking M&E models to make them installation-ready and clash-free.

d. It results in an incorrect BIM MEP model

The detailed specifications in an MEP (M&E) BIM model typically include the height, width, material, manufacturer details and other information on M&E elements which are critical to successful installation. MEP models which are not developed from updated architectural models would result in incorrect information which is necessary for creating data-rich MEP (M&E) BIM models.

In refurbishment projects, laser scanning and point cloud modeling are widely used due to the age of buildings typically being refurbished. 3D laser scanned, point cloud models of architectural elements are used for refurbishment projects because they help the architect to use the model for the creation of the existing and the proposed model, which is then relied upon, heavily, by the MEP designer to reduce costs and improve the quality and efficiency of MEP systems.

By creating MEP (M&E) BIM models within an environment (architectural model) developed from point cloud scans there is more certainty for the MEP design engineer, thereby enabling clash-free, installation-ready and accurate M&E drawings to be generated from accurate MEP models resulting in optimisation of resources, time and cost involved in refurbishment projects.

Retrieved from "https://www.designingbuildings.co.uk/wiki/Point_Cloud_modeling_considerations_for_M%26E_in_refurbishment_projects"
Create an article